Stockwell Day and the School of Tomorrow 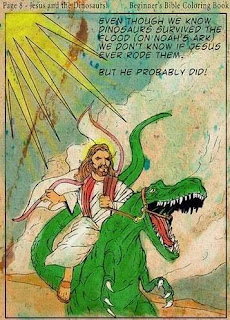 Alberta's oil booms often meant massive increases in population, which resulted in a shortage of schools and qualified teachers.

Consequently, several private education facilities were established, most Bible or Christian, and because of the increased workload for the Alberta education ministry, they were allowed to teach what they wanted, and unless a complaint was launched, without interference.

One of these facilities was the Bentley Christian Training Centre, run by a charismatic pastor, Bill Lewis, a man of uncompromising beliefs. His assistant and the administrator of the education centre was a man by the name of Stockwell Burt Day.

Day was an unlikely choice as a school administrator, having only a high school education and a sporadic career, that included everything from deckhand to auctioneer. But none the less he all but ran the facility, directing the curriculum and overseeing the six teachers employed to instruct about 100 students. (1)

The school's teachings were based on modules obtained by the Accelerated Christian Education (ACE) program from the Texas based Schools of Tomorrow.

The School Of Tomorrow is a Christian Fundamentalist organization that operates a large number of community and parent controlled schools. Theirs is perhaps the largest home schooling program in Canada using the Accelerated Christian Education (ACE) modules. Because the ACE program is non-accredited, and used largely by community and family-run schools, organizations such as the School of Tomorrow have been allowed to proliferate without conforming to the educational standards of public schools. (2)

An example of this comes from an eight-year-old boy:

Then God came and attacked the circle and he came with his good and holy angels. The attack looked like lightning. When the lightning came and struck the circle it became swished and it got smaller and smaller. Then God dropped it into the sea of fire. As it dropped, Satan was going down into the fire and also all the Non-Christians, Muslims and Jews that he was holding onto. All of them came down with Satan because they couldn't get away." (2)

However, their anonymity would soon be put into question, when in 1982, a school teacher in the neighbouring town of Eckville, Jim Keegstra, was found teaching his students of a Jewish Conspiracy and that the Holocaust was a hoax. In the wake of this, the Alberta government took steps to rein in the independent schools.

Overnight, Day became a political activist, founding the Alberta Association of Independent Schools, a lobby group for fifteen of the independent schools.

Government officials of the time seem to have found him civil and pleasant, but also found Day intransigent in meeting repeated requests to comply with government regulations ... Day once stated: "God's law is clear. Standards of education are not set by government, but by God, the Bible, the home and the school. If we ask for (the education minister's) approval, we are recognizing his authority." (1)

The Alberta ministry of education, found the ACE program being used in many of these schools, including Bentley, were based on a strict interpretation of the Bible, stifling creativity and critical thinking. They were also determined to be insensitive to "blacks, Jews and natives."

Alberta Education had specific concerns with Day's own Training Centre. The department argued the Centre's six teachers were not qualified and that it was operating without government approval. The department also expressed concern the Centre was employing the ACE curriculum, though no racist materials were in evidence. Day denied the validity of any of these concerns, contending the staff were qualified, the Training Centre was properly registered, and that the teaching materials used in the school neither condoned nor encouraged racism or anti-Semitism. (1)

The Bentley Church Centre also became a catalyst for unrest in the small community of 900 residents, as his students were forbidden to interact with other children. Many referred to the school and it's church, as a cult bent on taking over the town. Indeed when Stockwell Day finally left the school to enter politics, the pastor who took over for him, said that it was the closest thing to a cult you'll ever get.

Rathjen arrived in 1986 to a disaster: a demoralized congregation had shrunk almost by half, allegations of fraud were afoot, and the church owed $12,000 to creditors. Factions were warring. It was a dark time in Bentley. "The church leaders had risen to unquestioned authority," explains Rathjen. "They had moved away from the congregational government with the assumption "You're here to serve and not ask questions." Rathjen reports that, before its collapse, the former Bentley Christian Centre was a renegade Pentecostal church that instituted a divine mandate to replace grassroots congregational representation.

Throughout this period, Stockwell Day was assistant pastor and school administrator. "They changed their by-laws so that the people would have no say - leaders to be appointed by other leader, as determined by scripture," explains Rathjen. "It was a haughty, arrogant, pride-filled success story that led to disaster." Fuelled by American-style revivalism, the church emphasized radical gospel practices - such as speaking-in-tongues - that whipped worshippers into a frenzy. "They have emotional experiences and then try to build a doctrine around it," explains Rathjen. The intensity of the church and constant stream of visiting American pastors gave Bentley an international profile within fundamentalist circles. But the church eventually succumbed to its own extremes.

"I would say that it was as close to a cult as you can get," says pastor Rathjen. "They were still holding on to the Christian teaching - but with manipulation and control. (3)

That uncompromising fundamentalism still defines Stockwell Day, and as head of the Treasury, we are seeing his disdain for education, represented in cuts to funding for any program not within his realm of beliefs.

3. Bentley, Alberta: Hellfire, Neo-Nazis and Stockwell Day: A two-part look inside the little town that nurtured a would-be prime minister - and some of the most notorious hate-mongers in Canada, By Gordon Laird, NOW Magazine, 2000
Posted by Emily Dee at 1:43 AM