"My observation is that women are merely waiting for their husbands to assume leadership." James Dobson, Focus on the Family

American religious author and journalist, Dan Gilgoff, wrote a brief piece in February of 2009, on the increasingly role that Focus on the Family is playing in the Harper government.

He of course sees it as a good thing

The evangelical ministry Focus on the family has long hired its executives from the power corridors of Washington. When Focus sought to ramp up its Washington consulate, the Family Research Council, in the late 1980s, it brought in Ronald Reagan's domestic policy adviser, Gary Bauer ..... The new Washington lobbyist for Focus on the Family Action—Focus's sister political group—was deputy director of the White House Office of Public Liaison under George W. Bush.

But Focus has had less luck sending its own people into government. That's apparently not the case in Canada .... The former president of Focus on the Family Canada—a sister group to Dobson's U.S. ministry—has just been promoted to the post of deputy chief of staff in Prime Minister Stephen Harper's office. The Focus alum, Darrel Reid, was formerly serving as Harper's policy director. The promotion has some gay and liberal interests griping about growing evangelical political power in the Harper administration. (1)

And we know that Stephen Harper has at least three Focus on the Family MPs: Maurice Vellacott, Rob Anders and Vic Toews.

Marci McDonald's new book, The Armageddon Factor is the most comprehensive study of the influence of the American Religious Right in Canada (2), and is a must read for every Canadian. I have so much admiration for her courage to take on this controversial subject, but I don't know how she did it.

Rolling Stone journalist, Matt Taibbi, went undercover at a John Hagee retreat and wrote an article entitled Jesus Made me Puke (3), because he literally vomited. There are many times in my own research, when I feel physically ill. I have to go and hug my grandson or pet my dog, just to remind myself that the world is not all evil.

Focus on the Family is part of the Dominionist Movement, a very powerful group whose aim is to turn the United States and Canada into a Christian male dominated society. And that is not a statement to take lightly. They follow the notion in Genesis that man must take dominion over all living things.

It's why they push for only private religious schools where children can be indoctrinated.

But another aspect of Dominionism is the control of women. I've written about David Sweet and his Promise Keepers before, but have since uncovered a great deal more troubling information that I'm going to share later.

However, there is another aspect of this new "muscular" Christian Dominionism. It's taken me a bit of time to post this, because I can only handle reading a bit at a time. When Stephen Harper's senator, Nancy Ruth recently told women's advocacy groups to shut the f--- up because things are only going to get worse, she wasn't kidding.

Yet some pundits are claiming that Harper's control of the senate and judiciary are a good thing. He will even get to name a new Governor General soon, meaning he will have total control of the country. But who's controlling Stephen Harper? Focus on the Family who are under the auspices of the Council for National Policy, what ABC has called "the most powerful group of conservatives" in America. They still have his speech on their website. 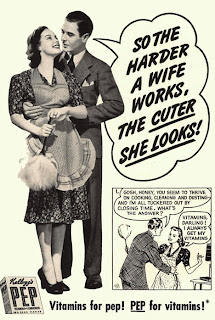 I first found a link to this when I was researching James Dobson and Dominionism, and I have to tell you, it freaked me out. So I pulled out all the books I've acquired on the Religious Right, and unfortunately it is legitimate.

As part of "man taking dominion over all living things" they have created what they call Christian Domestic Discipline, which boils down to "God" sanctioned domestic violence. From their website:

•The husband is the head of the household, whilst the wife is submissive to her husband as if the Lord Himself was her husband. See Eph. 5:22-24.

•The husband is to love his wife as himself, and as Christ loved the church. He is to be a servant, and leads by example. He is to lay down his life for her. See Eph. 5:25-29.

•The wife is to reverence her husband. She is to obey him, so long as his instructions are not in opposition to God's commands. See Titus 2:5, Acts 5:29.

He has the ultimate authority in his household, but this authority is tempered with the knowledge that he will answer to God for his actions and decisions. The final decision rests with him, and therefore, the final responsibility, whatever the outcome, is his to bear.

"He will answer to God for his actions"? I'm sorry but he will answer to us and to our courts, though I guess I should say Stephen Harper's courts, which means they won't have to answer at all.

A Domestic Discipline (DD) marriage is one in which one partner is given authority over the other, and has the means to back up that authority, usually by spanking.

I know the jokes practically write themselves, except that there is really nothing funny about it.

He has the authority to spank his wife for disciplinary reasons ... Most CDD marriages ... use spanking, generally for serious offences, such as the "Four D's" (Disobedience, Disrespect, Dishonesty, or Dangerous [as in dangerous choices... reckless driving, disobeying doctor's orders, etc]).

But men are not required to wait for their wives to commit one of the "Four D's". They also have something called 'Maintenance Discipline."

Maintenance discipline is a practice of giving your wife regular spankings to maintain her proper behavior and attitude. [One man's testimonial as he describes his own "maintenance" program]From our experience when Kim receives this type of discipline she is more humble and her attitude is greatly improved. Whether you as an HOH decide to conduct these on monthly, weekly or daily schedules is up to you, I have found that daily spanking work best for Kim.

Maintenance spankings help to remind her to be on her best behavior and to help keep her attitude in the proper manner, letting her know that she is required to maintain her behavior and not slip into being careless and disrespectful to her HOH.

When a woman has not been punished for some time the memory of the painful spanking she received due to her bad behavior will start to fade and the wife's attitude may change for the worse, with a regular maintenance spanking she is reminded of just how painful a punishment spanking is and that she is required at all times to act accordingly.

Can't wait for a Harper majority to correct this anti-God culture, and have an opportunity to repent my selfish feminism:

This style of traditional male-led Christian marriage may seem unusual in today's "modern", liberal, politically correct, anti-God culture. This unholy culture, with its radically selfish feminism, and wholesale bias against true manhood, launches relentless attacks against traditional Christian family values. (Keep in mind, this is also the culture with well over 50% divorce rates, both in the church and in the secular world. Most rational people would agree the "modern" way doesn't work so well!)

A pox on those in the media who allowed Stephen Harper to act in almost total secrecy, so that when his secrets are finally revealed, an entire nation wants to puke. Now where's my grandson? I need a hug.