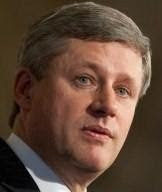 "Same sex marriage is not a human right. ... undermining the traditional definition of marriage is an assault on multiculturalism and the practices in those communities." (Stephen Harper, Hansard, February 16, 2005)

Isn't it interesting that Stephen Harper made this about an assault on multiculturalism? I don't know what I find more offensive. The fact that he believes that equal marriage is not a human right, or that anyone with an ethnic background lacks tolerance.

One of the principles of neoconservatism demands that you find a wedge issue, add a bit of fear mongering and a healthy dose of religious fervour, and then beat it for all it's worth.

In 2005, Stephen Harper found his wedge issue in the debate on same-sex marriage and the passing of Bill C-38. And he had a lot of help.

Exploiting the Issue to Capture the Ethnic Vote

To the Reform Party under Preston Manning and Stephen Harper, the image of Canadians was extremely compartmentalized. Everyone fit into their own little box. Ethnics, Gays, Women, Jews, etc.

So when determining policy, they would pull out a box and frame that policy based on their stereotypical views of the people inside. Since they could already count on the undying support of the Christian fundamentalists, they had to take their message to one of the boxes.

A survey at the time had shown that 6% of Liberal supporters would leave the party over this issue, and despite the fact that there was no racial breakdown in the poll, Harper assumed that most non-whites would rally behind his party if it continued it's strong stand against homosexuality. He had been looking for an issue that would gain popularity with a voting sector that had up until then, been out of his grasp, and believed he'd found one.

I guess having a member of your party suggest that business owners should be allowed to demand that gays and ethnics move to the back of the store, if it meant that they could lose business; did not sit well with everyone.

According to an article in the Globe and Mail at the time:

Party officials concluded that the six-percentage-point drop for the Liberals was probably made up of small-c ethnic supporters, and decided at that point to begin running controversial newspaper ads opposing gay marriage. "We're the only ones who win under that calculation," said one Conservative member of Parliament, who asked not to be identified by name.

Struggling for years to find a way to crack into the immigrant voting marketplace, Mr. Harper and the party now believe they see a ready-made opportunity. Aside from the advertisements, which ask readers "Where do you draw the line?" the party leader began actively making his case at multicultural events, like at a Sikh meeting in Toronto a week ago. According to a senior party organizer, Conservatives believe they have potentially tapped into a well-spring of insecurity among ethnic groups, some of whose members feel the Liberal bill will force their
clergy to perform same-sex marriage.

(However, not all were amused)

Mr. Harper drew criticism not only from within his own party, but from some of the very people he had hoped to attract. "Mr. Harper is ignorant about immigration issues, and his statement reflects that ignorance," said Tarek Fatah of the Muslim Canadian Congress, a grassroots group with a membership in the hundreds. "What he's saying is that people can only be gay if they're white Anglo-Saxons." (1)

And as suggested in the Globe, it did draw criticism from within his own party. In fact, CBC's the Current ran a segment:

The leader of the Conservative Party, Stephen Harper, has emphatically promised to preserve marriage as the right of heterosexual couples only. The party recently launched a series of anti-gay marriage ads aimed specifically at ethnic and urban voters. As a result, Harper now faces opposition from his own caucus about the ads and about the party's stance on same-sex unions.

The American Religious Right to the Rescue

American James Dobson, former head of 'Focus on Family' and one of the founding members of the Council for National Policy, added to Harper's success. CNP had already approved him for membership in 1999, and in 2000 threw their support behind George W. Bush. These guys don't fool around.

"OTTAWA – January 27, 2005 - On the heels of a US right-wing fundamentalist campaign devised to drive a wedge between Canadians, Canadians for Equal Marriage (CEM) are calling on Stephen Harper to publicly disassociate himself from the American effort.

The campaign, spearheaded by James Dobson, a well-known American evangelical leader with close ties to George W. Bush, is being broadcast on more than 130 Canadian radio stations. It urges Canadians to oppose same-sex marriage.“We already know where Mr. Harper stands on this issue, preferring ‘selective rights’ to enshrining this very fundamental right for all Canadians. Curiously, Mr. Dobson’s ads echo the same sentiments. " (2)

But instead of backing down, Harper himself went on Drew Marshall's Christian radio program, where he denounced the advocacy groups and assured Marshall that his governemnt would overturn Bill C-38.

And he even took it a little further when discussing the issue of homosexuality. He purposely mentioned his father's switch from the United Church to the Presbyterians, noting that Marshall’s evangelical audience would get his drift. What he was referring to was the 1988 decision by the United Church General Council to approve the ordination of homosexuals.

This confirmed concerns during the 2004 election campaign, as noted by a group of gay Christians:

Conservative leader Stephen Harper has dismissed sexual orientation as a "behaviour" and said he does not even recognize us as groups protected by the Charter. The Conservatives will not only override the Charter, they will appoint judges that ensure they'll never even have to. His candidates have described sexual orientation as "deviant", "unnatural", "repulsive" and as encompassing paedophilia. In two weeks, Stephen Harper could be Prime Minister of Canada. (3)

However, long before any of this took place. Stephen Harper's views on homosexuality were well known. He was a founding member of the Northern Foundation, a group that became the vanguard for the far right in Canada. They were concerned that Canada was losing it's Anglo, Judeau-Christian heritage, so were determined to put an end to homosexuality and abortion, two direct threats on the white race.

Their publication, the Northern Voice was always filled with visceral attacks on gays, and the Reform Party ran ads in their newsletters and periodicals.

In an attempt to appeal to moderate Canadians, he has toned down his rhetoric in public, but this party is still very opposed to gay rights. But in a sppech to the Civitas Society in 2003: Harper said his goal is a future ruled by socially conservative values and small government. Movement toward this goal must be “incremental”... he said.(4)

3. With a federal election fast approaching, this is a crucial time for LGBT equality in Canada! Christian Gays June 18, 2004