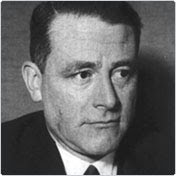 I had written in an earlier chapter about Leo Strauss and Carl Schmitt, in their historical context, but I believe after studying the actions of the Bush administration, I think they were influenced more by Schmitt, than Strauss.

This wouldn't be unusual, given the relationship of the two men, but many Straussians argue that he would not have supported the war in Iraq or the torture. Schmitt on the other hand, had very finite views on these topics as well as dictatorial power.

And at the end of WWII, when he was captured by the Americans, he refused every attempt at de-nazification, even though it barred him from positions in academia.

According to Eugene Sheppard, Strauss's devotion to Schmitt was "because Strauss perceived him as not only a senior ally en­gaged in the critique of liberalism, but as a fellow searcher on the quest to dis­cover an alternative political cosmos. At the same time, Schmitt is important as a thinker outside the German-Jewish subculture who conferred legitimacy on Strauss's abilities and scholarly project." (1)

He thought of them as being on an even keel. Elitists who saw something that others were incapable of seeing. And when Strauss's suggestions for revisions to Schmitt's most famous work; The Concept of the Political, were adopted and included in future versions, it truly was his legitimacy as a political philosopher, not a Jewish philosopher.

Schmitt's theories are also suggestive of a theocracy, because he relates a dictatorship as being "the fundamental godlike character of sovereignty."

Sovereignty is not defined by governing conventions and norms, but rather emerges in full clarity at the fateful moment when the suspension of legal and constitutional norms is authorized. Rather than view the imposition of martial law and the suspension of political procedural norms as an excep­tional case, applying only to emergency situations, Schmitt conceives this ex­traordinary moment of an emergency (Ernstfall) as defining the fundamental basis of rule. The state of exception in politics is analogous to the miracle in the­ology. God's majesty over the world used to be clearly determined by his decisive ability to suspend the ordinary laws of nature. (1)

Sheppard states that this was an awakening for Strauss, because it provided clarity. He also then felt he understood what was wrong with liberal political systems, and that they failed "because of their principled embrace of tolerance and pluralism."

It's easier to understand this in the time period before the Nazis took power. Many countries were in disarray, after WWI. Author Richard Bessel suggested that it was also a time when monarchies had crumbled and without a central figure to pin their hopes on, many people felt lost. (2)

Monarchs had ruled by 'divine right' and many citizens still accepted that they had been ordained by God, so Schmitt may have recognized that a godlike figure was needed to make them feel secure again. And power had to be centralized, so decisions could be made immediately, without the slow down of Parliament.

And if individual rights were taken away they were being pooled for the common good. And if the leader claimed that someone was the enemy of the state, they were your enemy and you trusted your leader to do what was necessary to keep you safe. "Ultimately, subjects must decide their political loyalties based upon the real possibility of killing and being killed. How could—and why would a citizen of a state stake everything on the basis of agnosticism?" (1)

One religion, one state, one leader, one God. What could be clearer? 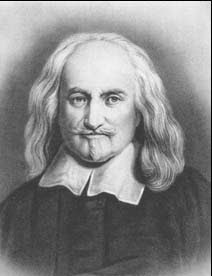 Thomas Hobbes (1588-1679) political theories were formulated during the Civil War in England, so he too was looking for a "strong central authority to avoid the evil of discord and civil war."

To escape this state of war, men in the state of nature accede to a social contract and establish a civil society. According to Hobbes, society is a population beneath a sovereign authority, to whom all individuals in that society cede their natural rights for the sake of protection. Any abuses of power by this authority are to be accepted as the price of peace ... the sovereign must control civil, military, judicial and ecclesiastical powers.

His theories formed the basis of materialism.

But Strauss argued that liberals and socialists had forgotten that human beings are inherently evil and politics must take that into account.

But what is interesting, is how the Bush administration used the teachings of Leo Strauss and the Chicago school. Did they create a "different time"?

The Bush Administration and the "Evil Doers"

Just before 9/11 George Bush's approval rating was 55%, with a full 41% disapproval rating. Immediately after 9/11 he had a 92% approval rating with only 6% of Americans disapproving of his handling of the country. Why was that? He didn't do anything special. In fact he stayed in the classroom reading a book to children, instead of evacuating the school. He stood on the steps of the White House singing patriotic songs.

If the nation was under attack these actions seemed strange at best.

But the nation needed a strong central figure, and they turned to their leader for guidance, and even if they had doubts about his ability, they were willing to hand him their basic liberties in exchange for 'protection'.

And he was able to sell them on the need to invade a country based on what most people knew was flawed logic and the notion of "an enemy." And he kept them in a constant state of fear with colourful alerts.

And as more people turned to religion during that uncertain time, he was able to create the state of Carl Schmitt's vision.