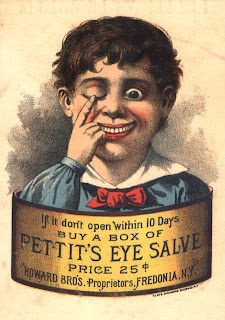 Dr. Stephen Barrett is a retired American psychiatrist, author, co-founder of the National Council Against Health Fraud (NCAHF), and the webmaster of Quackwatch. He runs a number of websites dealing with quackery and health fraud, focusing on consumer protection, medical ethics, and scientific skepticism. (Wikipedia)

He publishes a list of 'Questionable Organizations' and the Consumer Health Organization of Canada made his list of one of those he would treat with considerable distrust.

I posted on them earlier as one of the groups that David Lethbridge cornered, as a possible front for fascist activities, given the people they bring to their "health" fests.

The founders of the group Libby and John Gardon, have defended their choice of guests, suggesting that the controversy is good for business. At the time they were speaking in particular, of the late Eustace Mullins, one of the most controversial anti-Semites in the United States. He referred to Jews as furry insects who drink the blood the children.

What was telling was the fact that Libby Gardon called Mullins a friend. She said she has known him for 15 years and described him as gentle and caring. Eventually the Jewish community banded together and Mullins speech was cancelled.

David Lethbridge had suggested that the connection between some of these so called 'Health' experts with their miracle cures, and neo-Nazi fascist organizations, needed further research, especially since some of the names also link to our current government.

So I did a bit of googling to see if there was any merit to that, and indeed there appeared to be. One of the names that cropped up on a regular basis was that of James Lunney. Lunney was a friend of Stockwell Days, who was encouraged to run in 2000, with Day's new Alliance Party (formerly Reform Party). He was given the health critic post while in opposition, but instead of making health his focus, he instead became an advocate for the snake oil vendors, many of whom have been exposed by Dr. Barrett.

Lunney introduced Bill C-420 which has been tossed around for a bit, an attempt to move these "miracle" cures from the restrictions of what he refers to as the "regulatory regime" and move them to food, claiming they are mostly just vitamins and food products. (His favourite EmPowerplus sells for $74.95 a bottle)

The Standing Committee on Health, dealing with the issues surrounding Bill C-420, called in some experts, and one of these experts was Libby Gardon. Another was Trueman Tuck, a purveyor of some of this stuff, whose mission statement is:

“God created Sovereign Spiritual / Human Beings as children of God. God's children cannot and should not claim to have sovereign supremacy with their creator. The Sovereign Children of God created artificial entities, which are all sole or aggregate corporations including rulers, governments, parliaments, senates, judges, etc. THEY do not posess [sic] any sovereign supremacy and cannot and should not claim to be equal or greater than their creators.”

Trueman of the Tuck clan (aka Trueman Tuck), is a son of God and a Sovereign Spiritual / Human Being that is purpose driven to educate, assist and defend the unalienable rights, freedoms and liberties of other sons and daughters of God.

Did I mention that Trueman Tuck was a bit of a nut? But more importantly he dispenses 'herbal' medicines but has no medical degree or training, and even offers legal advice to other 'herbal' medicine businesses, calling himself an "Attorney-In-Fact", when in fact, he is not an attorney at all. He is a salesman. A salesman providing 'expert' testimony to the Standing Committee on Health. That's how low we've sunk.

Wrapped up in all of this is such a maze of organizations, you'll be needing some "herbal magic" just to keep your head from exploding. Most have 'Freedom' and 'Health' somewhere in their titles and are run by people like Gardon and Tuck. This is not to say that Health food stores, etc. don't have a purpose. They clearly do and homeopathy is definitely something that needs to be researched extensively as an alternative to chemical therapy. However, I believe that anything with 'cure' or include the suggestion of a 'cure', need to be regulated by Health Canada. Lunney and his pals do not.

Quackwatch has exposed another dubious character who has been making the rounds, when they discovered that his books and products were being sold on a Neo-Nazi website.

Dr. Cassim Igram, aka Dr. Oregano, Cass Ingram, is a frequent guest .. in Canada. On November 20, 2003 he appeared again on the Michael Coren TV show on Canada's foremost Faith-based family TV cable network CTS-TV. We told Michael that Ingram's products were being sold by at least one neo-nazi web site, but he ignored us completely. In fact, he mentioned at the beginning of the show that people had e-mailed him to basically complain about the show before it aired.

Three days later, Cass Ingram appeared at a rally at the OISE in Toronto to raise money to help pass Bill C-420. On that panel was Trueman Tuck, Helke Ferrie, and MP James Lunney. It seems that the "freedom" to sell nutraceuticals is heavily entwined with right-wing politics around the world. Some of these agendas are anti-gay, anti-semitic, anti-tax, etc. A few years ago the Consumer Health Organization's Total Health Expo, where Cass Ingram regularly appears, was in the spotlight because Eustace Mullins, a self-proclaimed rabid anti-Semite was cancelled after numerous complaints were filed.

... Ingram still wanders around North America proclaiming that he has the answer to SARS, toxigenic E. coli, and other ills despite all of this? Hmmm.........Could it be it improves his bottom line? ... Now Trueman Tuck has hooked up with Nick Jerch in another attempt to support nutraceutical misadventures.

I checked out the website they mentioned; Free American, and it is extremely racial. They have a video touting Hitler as a hero and promote a book claiming that "2000 years ago the bible told us of the coming of the New World Order as the English Beast, the mark of the beast and warned us about the Jews who would say they are Jews but are not. Jesus told us they were liars and of their father Satan." This is quite a racket.

Now I don't believe that Lunney or Tuck are involved with any of that, and as David Lethbridge reminds us: "Wherever we find tendencies to irrationalism and conspiracy-mongering, there we find fertile ground in which fascism can grow, or a movement which fascism can exploit. These tendencies are rife within the ever-expanding and overlapping alternative medicine, New Age, and tax refusal* circles." (2)

But there is another element that binds these groups together: "faith healing". That's up next.

2. Prescription For Fascism: Alternative Medicine and Right-Wing Politics, By David Lethbridge, April 2001
Posted by Emily Dee at 4:03 AM