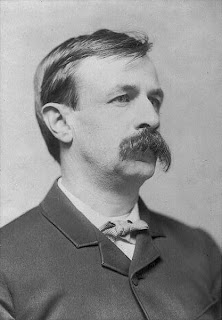 Sometime before 1929, fellow pastor, Harry Scrimgeour, introduced William Aberhart to the writings of Edward Bellamy, whose 19th century novels became the framework for Utopian societies, in particular Looking Backward: 2000-1887, which was first published in 1887.

Now, as to hearing a sermon to-day, if you wish to do so, you can either go to a church to hear it or stay at home."

"Simply by accompanying us to the music room at the proper hour and selecting an easy chair. There are some who still prefer to hear sermons in church, but most of our preaching, like our musical performances, is not in public, but delivered in acoustically prepared chambers, connected by wire with subscribers' houses. If you prefer to go to a church I shall be glad to accompany you, but I really don't believe you are likely to hear anywhere a better discourse than you will at home. I see by the paper that Mr. Barton is to preach this morning, and he preaches only by telephone, and to audiences often reaching 150,000."

"The novelty of the experience of hearing a sermon under such circumstances would incline me to be one of Mr. Barton's hearers, if for no other reason," I said. (1)

Scientific research into radio waves was then being conducted, and the telephone was already in use, but a radio for home had yet to be invented. But Bellamy is not far off the mark when describing the future of radio:

As Edith had promised he should do, Dr. Leete accompanied me to my bedroom when I retired, to instruct me as to the adjustment of the musical telephone. He showed how, by turning a screw, the volume of the music could be made to fill the room, or die away to an echo so faint and far that one could scarcely be sure whether he heard or imagined it ...

I will set the telephone at eight o'clock." "What do you mean?" I asked. He explained that, by a clock-work combination, a person could arrange to be awakened at any hour by the music. (1)

Aberhart's biographer David Elliot did wonder just how far he would have taken Bellamy's work.

The nature of the State was better defined. Dividends would be given for loyalty to the State; if a person refused to work, or refused to join the Social Credit movement, he would not receive dividends. If he abused his privileges under the new economic system, the Credit House inspector could withdraw his dividends and put him on an "Indian List." The latter expression was not defined, but Aberhart may have had in mind the reservations or concentration camps that Bellamy had described for non-sympathizers. (2)

Major Douglas, the creator of the Social Credit theories, also sought a Utopian world, once his economic principles were adopted. 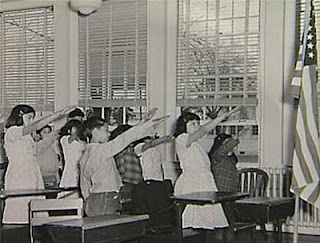 Historian Dr. Rex Curry has done a lot of research into not only Edward Bellamy's work, but also that of his cousin Francis Bellamy, and has written a book Pledge Of Allegiance Secrets.

The Bellamy's promoted military socialism, and it was Francis who authored the Pledge of Allegiance, used in classrooms in the United States. He refers to it as "flag fetishism" that is accompanied by "robotic group-chanting".

He suggests, and he is probably correct, that the Bellamys were the first to "indoctrinate" children into a fierce nationalism, that not only prepared young boys for military service, but created citizens who would either glorify war or be compliant to a country going to war.

None of this is really new. Most armies carried a banner of some kind for inspiration, but Curry argues that it was never a domestic practice prior to 1892, when Francis Bellamy introduced the 'pledge' into the classroom. And along with it, was the robotic hand gesture that started with a military salute, and then the extension of the arm toward the flag, palm down. (3)

Bellamy's futuristic novel, Looking Back, is the third largest selling work of fiction of all time. The first being Uncle Tom's Cabin and the second, Ben Huhr. It was translated into 20 different languages, and was the first book to lay a clear foundation for patriotic nationalism and military socialism.

It's not too hard to imagine where the Nazi salute came from when you look at the photograph of the children above. Once it took on a sinister meaning, it was changed to just hand on head.

According to Dr. Curry, Alfred Rosenberg, was also inspired by Bellamy's book and may have been the one to introduce it to the Thule Society. Though his first interest was antisemitism, inspired by the Protocols of the Elders of Zion, and Aryan supremacy, as introduced by Helena Blavatsky:

"The intellectual difference between the Aryan and other civilized nations and such savages as the South Sea Islanders, is inexplicable on any other grounds. No amount of culture, nor generations of training amid civilization, could raise such human specimens as the Bushmen, the Veddhas of Ceylon, and some African tribes, to the same intellectual level as the Aryans ..."

Blavatsky also promoted the notion of Brotherhoods and Societies dedicated to the Occult. Where I see Bellamy's book coming in, is with the creation of a perfect society, once they got rid of the Jews and bred an Aryan race. And of course, you can't mistake the military socialism.

I know people will argue that none of this was the intent of Edward Bellamy when he wrote Looking Backward.** He was describing failed capitalism, and promoting a form of communism. But people see what they want to see, I guess, when they need to justify their actions.

I did find one passage in the book that describes how we now honour our fallen soldiers, something that I believe was new in the twentieth century:

It was one of the annual holidays of the nation in the latter third of the nineteenth century, being set apart under the name of Decoration Day, for doing honor to the memory of the soldiers of the North who took part in the war for the preservation of the union of the States. The survivors of the war, escorted by military and civic processions and bands of music, were wont on this occasion to visit the cemeteries and lay wreaths of flowers upon the graves of their dead comrades, the ceremony being a very solemn and touching one. The eldest brother of Edith Bartlett had fallen in the war, and on Decoration Day the family was in the habit of making a visit to Mount Auburn, where he lay. (1)

Decoration Day, is now Veterans Day, Memorial Day or Remembrance Day, not that they are bad things.

And the salute only became sinister when it was adopted by the Nazis, and now symbolizes evil. Before that it was just a gesture. It does remind me of a funny photograph though, that has been kicking around the Internet. I'm sure he wasn't giving the Nazi salute here, and it's actually his facial expression that bothers me. Oh well. What can I say? 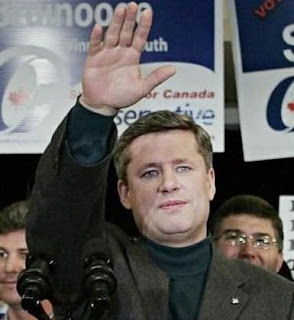 * In 1935 Time magazine referred to him as "Messiah William Aberhart, the radiorating Premier of Alberta" (5)

** You can read Edward Bellamy's Looking Backward for free here. I've been reading it and it's actually quite good. Along the same vein as George Orwell's 1984.

3. Pledge of Allegiance Secrets, By: Dr. Rex Curry. (It can be read online here, though I had a bit of difficulty following it. Lots of very interesting photographs though)