Did Peter Kent Interfere With Student Elections at York University? 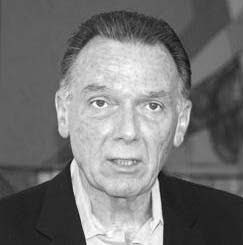 In 2005, journalist Jeff Horwitz went undercover at the Leadership Institute of Morton Blackwell's, and enrolled in a seminar, part of their Campus Leadership Program.

One recent Sunday, at Morton Blackwell's Leadership Institute, a dozen students meet for the second and final day of training in grass-roots youth politics. All are earnest, idealistic and as right wing as you can get. They take careful notes as instructor Paul Gourley teaches them how to rig a campus mock election.

It's nothing illegal -- no ballot stuffing necessary, even at the most liberal colleges. First you find a nonpartisan campus group to sponsor the election, so you can't be accused of cheating. Next, volunteer to organize the thing. College students are lazy, and they'll probably let you. Always keep in mind that a rigged mock election is all about location, location, location.

"Can anyone tell me," asks Gourley, a veteran mock electioneer, "why you don't want the polling place in the cafeteria?" Stephen, a shy antiabortion activist sitting toward the rear of the class, raises his hand: "Because you want to suppress the vote?" "Stephen has the right answer!" Gourley exclaims, tossing Stephen his prize, a copy of Robert Bork's "Slouching Toward Gomorrah." (1)

That is just one of the techniques that would be future conservative leaders are taught at the Institute.

There is no better place to master the art of mock-election rigging -- and there is no better master than Morton Blackwell, who invented the trick in 1964 and has been teaching it ever since. Blackwell's half-century career in conservative grass-roots politics coincides neatly with the fortunes of the conservative movement: He was there when Goldwater lost, when Southern voters abandoned the Democratic Party in droves, and when the Moral Majority began its harvest of evangelical Christian voters. In the 1970s, Blackwell worked with conservative direct-mail king Richard Viguerie; in 1980, he led Reagan's youth campaign. Recently, he's been fighting to save Tom DeLay's job.

Over the last 25 years, more than 40,000 young conservatives have been trained at the institute's Arlington, Va., headquarters in everything from TV makeup for aspiring right-wing talking heads to prep courses for the State Department's Foreign Service exam. Classes are taught by volunteers recruited from the ranks of the conservative movement's most talented organizers, operatives and communicators. (1)

The Canadian conservatives are now hoping to cash in on Blackwell's success and indeed the [Preston] Manning Centre for Building Democracy, also offers a Campus Leadership Training Program. Manning's Centre was started with a ten million dollar anonymous corporate donation, and is fashioned after Blackwell's model. (2)

And with the rise of Conservative party interference in student politics at universities across the country, it's important to expose this new trend.

It's not unusual for a political party to speak to students, but this kind of interference is unprecedented.

"The Conservative party has no authority at all for getting involved in student politics and neither does the York administration. We're an incorporated, independent body," charged Krisna Saravanamuttu, who was elected president of the York Federation of Students in the controversial vote. "Prime Minister Stephen Harper's foot soldiers are deliberately interfering with student elections to help candidates more friendly to their policies.""I find it bizarre for a federal minister (Kent is Canada's minister of state for foreign affairs in the mericas) to try to interfere in a student election," said CFS chair Shelley Melanson. "If students were concerned about the election process, there are mechanisms on campus for expressing those concerns."

In one email to Tiffin at 2:14 a.m. the night of ballot counting, Kent's special assistant said he was there on campus and was concerned nobody from the university was monitoring the process. (3)

The campus conservatives had suggested that the election was rigged, but it was not up to the government to step in. The university is mandated to handle these situations. However, this is all part of movement conservatism, where every element of society is dragged in.