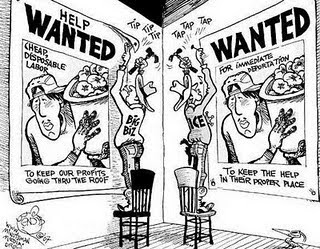 "I spotted a lot of movement about 30 feet away to the left of the stage [at a punk rock concert]. I squinted through the maze of sweaty bodies and saw what appeared to be a group of men making salutes. Fascist salutes.

"... I pushed my way through the crowd ... As I got closer, I could not, as the saying goes, believe my eyes. A group of large, muscular young men were, in fact, making Nazi salutes in the general direction of the stage. One of them, a stocky fellow with cropped blonde hair, was wearing a T-shirt bearing the words: "DROWN THE BOAT PEOPLE" (1)

That incident took place in 1980, but those words on the t-shirt, which might sound strange today, packed a wallop back then.

The term "Boat People" was in reference to a decision made by the Government of Canada to take in 50,000 Asian refugees, who were sent adrift as a result of the Vietnam War. However, it became a hot button issue when the National Citizens Coalition launched a series of ads suggesting that this was akin to an invasion, that would threaten our nationality. They used flawed logic and fabricated figures, but eventually, under pressure, the government had to turn them away.

In this recorded interview from the CBC archives, with then president of the NCC, David Somerville*, you will hear him try to justify this racist campaign. One cleric even referred to their impending arrival as 'ethnic indigestion'.

During the campaign, National Citizens Coalition founder, Colin M. Brown, attempted to explain why letting in Hungarians fleeing communism after the Soviet crackdown was justified and why letting in Vietnamese boat people fleeing communism was not. “I think the Hungarians have made marvelous citizens,” Brown declared, “but the bloodlines run the same way. We all come from Europe so they fit in. You wouldn’t know if the people next door to you are Hungarian or not. They don’t all go and gather in a ghetto.”

And then there's Harper's famous quote: "You have to remember that west of Winnipeg the ridings the Liberals hold are dominated by people who are either recent Asian immigrants or recent migrants from Eastern Canada; people who live in ghettos and are not integrated into Western Canadian society." (2)

In 2000, Alliance candidate Betty Granger caught national attention with her comments about Asian immigrants, and an 'Asian Invasion'. When it was later discovered that she was a riding president, Harper stated: "Betty Granger is a riding president, a member in good standing. She’s somebody that other members I’ve talked to think very highly of, and quite frankly, she was the victim of an unfair slur story in the last election campaign." (3)

During the 2008 election campaign, Conservative MP Lee Richardson suggested that most crime in Canada is committed by immigrants, a statement that the police and others who know, quickly refuted. Yet Richardson said: “Talk to the police. Look at who’s committing these crimes,” he added. “They’re not the kid that grew up next door.” (4)

According to Paul Fromm, after it was discovered that several neo-Nazis were operating within the Reform Party: " The attraction of Reform for [Al] Overfield and like-minded persons, he said was that it was strictly white bread, 100 percent white Canadians, really anti-immigration; there was really no difference between those people and them."

Stephen Harper claimed that he joined the National Citizens when Pierre Trudeau implemented the National Energy Program. That would have been in 1980, just about the time of the 'Boat People' controversy. He claimed that he liked what the NCC stood for. Within the decade, he would be inspired by author Peter Brimelow and William Gairner's book, The Trouble With Canada, became "the de facto manifesto for Preston Manning's Reform Party". A few years later Stephen Harper would be running the National Citizens Coalition.

In another CBC archive from a radio station call-in show, discussing the NCC campaign of hate, you will hear future Reform Party member, Doug Collins, author of the book; Immigration and the Destruction of English Canada, trying to defend their position.

I mentioned Collins in another post, regarding Stephen Harper's Northern Foundation and their pro-Apartheid activities. "Doug Collins is a member of Canadian Friends of South Africa ... and has written numerous sympathetic articles ... Collins is also a member of CFAR ... an extremist right-wing group founded by Paul Fromm." (6)

Just because the National Citizens Coalition was a 'legitimate' agency, and just because men like Peter Brimelow, William Gairdner and Doug Collins, were 'legitimate' authors, does not make them any less racist.

Their views fueled the fires, 'legitimizing' many hate groups and resulting in "A group of large, muscular young men ... making Nazi salutes ... and one of them ... wearing a T-shirt bearing the words: "DROWN THE BOAT PEOPLE"

*David Somerville was the president when Stephen Harper was named vice-president of the National Citizens Coaliton. Harper then took over from Somerville to become their president.

2. Stephen Harper, in Report Newsmagazine, 2001, when he was president of the NCC

4. Calgary Tory offers no apology for immigrant-crime comment: Local Conservative incumbent Lee Richardson expressed regret Thursday - but offered no apology or resignation - for controversial comments he made suggesting immigrants are to blame for much of the crime in Canada, By Calgary Herald, September 25, 2008