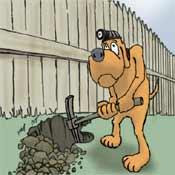 The City of Ottawa was recently named the best city to live in Canada:

Ottawa's great economy, low crime rate and steady population growth put the city back on top as the best place to live in Canada, according to rankings released Thursday by MoneySense magazine.

You would think given that, people in Ottawa would be proud and perhaps congratulate their government for a job well done

I'm sure many do, and have, but not a new group of rabble rousers calling themselves the Ottawa Taxpayer Advocacy Group. They claim to be non-partisan but their leader, Ade Olumide, was a candidate for the Conservatives in 2006, and their battle cry parrots most neo-con groups associated with Stephen Harper "The Silent Majority is Silent No More"

Stephen Harper was always speaking up for the muzzled Canadians. Now he muzzles everyone else, but whatever.

In an interview with the American TV network, Harper said he endorsed the war and said he was speaking "for the silent majority" of Canadians. Only in Quebec, with its "pacifist tradition," are most people opposed to the war, Harper said. "Outside of Quebec, I believe very strongly the silent majority of Canadians is strongly supportive," the Canadian Alliance leader says.

Ironically most of these "silent" groups are pretty noisy, but what is this really about?

I've read their quotes in newspaper articles and perused their website and they are just another cut taxes, reduce the size of government, bust unions and privatize until Canada has nothing left, advocacy group, for the Conservative Party of Canada and Tim Hudak's Neo-cons.

They raised a flap when Ottawa's buses refused to allow their advertisement attacking the bus drivers union, to be driven around the city. If I could get John Baird and Pierre Poilievre to wear T-Shirts with my ads 'I'm with stupid' pointing at each other, I'd gladly pay, but I suppose that wouldn't be fair.

And speaking of the gruesome twosome, they've both spoken at the group's functions. I think they were billed as 'An Evening at Yuk Yuks with The Ottawa Taxpayer Advocacy Group', because I laughed and laughed.

Federal Transport Minister John Baird waded into Ottawa civic politics on Sunday, blasting municipal officials for what he said were a misplaced sense of priorities. Baird, the MP for Ottawa West-Nepean, told an audience from a taxpayer advocacy group Ottawa's city hall has a history of wasting money.

"There are some people who can't make priorities," he told a Sunday audience gathered to hear potential municipal candidates in Ottawa's upcoming election.

Considering that Baird's government is on record as spending the most amount of money since any government before them, and he himself has created such an accounting nightmare in his department that it may be years before it's sorted, I don't really think he should be judging anyone else's spending habits.

I'll bet it would be neat to follow the money here though wouldn't it, because they sure have a bunch of it. Not to worry though they are non-profit ... and of course non-partisan.

Advocacy groups are important and if they were genuinely concerned with the people of Ottawa, they would offer better solutions than simply no tax hikes and reduce their staff by 10%. And if they were really non-partisan they wouldn't have two of the loudest mouths of the neoconservative movement speaking for the "silent majority".

Maybe I'll try to follow the money with these guys, something our media should be doing before quoting them all over the place. Just a thought.
Posted by Emily Dee at 11:23 AM