Should Plato's Books Be Burned or Just Banned? 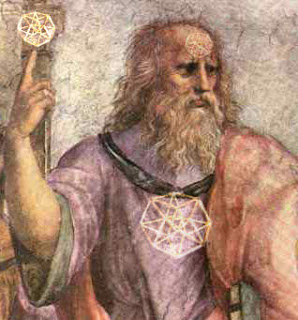 Plato, the great philosopher, believed that human reproduction should be monitored and controlled by the state. However, he understood that this form of government control would not be readily accepted, and proposed the truth be concealed from the public via a fixed lottery.

Mates, in Plato’s Republic, would be chosen by a “marriage number” in which the quality of the individual would be quantitatively analyzed, and persons of high numbers would be allowed to procreate with other persons of high numbers. In theory, this would lead to predictable results and the improvement of the human race. However, Plato acknowledged the failure of the “marriage number” since “gold soul” persons could still produce “bronze soul” children. (1)

Other ancient civilizations, such as Rome, Athens and Sparta, practiced infanticide. In Sparta, newborns were inspected by the city's elders, who decided the fate of the infant. To Sparta, this would ensure only the strongest survived and procreated. Adolf Hitler considered Sparta to be the first "Völkisch State," and praised Sparta due to its primitive form of eugenics practiced, and he applied this to deformed children. (1)

Leo Strauss, the father of the neoconservative movement was a follower of Plato and many believe that the "ultimate warrior" can be bred.

During the days of slavery in the southern United States, slave owners chose the best "bucks" to mate with the best of the females to create genetically superior future slaves.

And yet the Religious Right blame Darwin for the introduction of eugenics and even the Holocaust.

Darwin was a Christian, who had been baptized Anglican. He studied Paley's Natural Theology which made an argument for divine design in nature, explaining adaptation as God acting through laws of nature. (2) And he once wrote:

“The aid which we feel impelled to give to the helpless is mainly an incidental result of the instinct of sympathy, which was originally acquired as part of the social instincts, but subsequently rendered, in the manner previously indicated, more tender and more widely diffused. Nor could we check our sympathy, if so urged by hard reason, without deterioration in the noblest part of our nature.”

That is the name of a documentary(?) questioning the Origin of the Species and claiming that creationist scientists were being discriminated against. Of course creationism is not scientific, so the aim is simply to challenge the science of evolution.

The film blames Charles Darwin for everything from abortion to the Holocaust, and in fact uses a great deal of footage showing the ovens in concentration camps and stating that Hitler was inspired by Charles Darwin.

That is historically inaccurate and in fact there was very little "intelligence" used in the film, but it didn't stop Charles McVety, head of Canada's Religious Right and friend of Jim Flaherty's, from hosting a gala for the mocumentary claiming it was the best movie ever made. (3)

The fact is the idea for creating an Aryan race came from the Thule Society and was based on ancient research into the Teutonic races. They were a cult that became political, and were responsible for creating the German Worker's Party.

Later they would add National Socialist to the title to try to entice the various trade unions, and well, socialists. A reporter Konrad Heiden, who followed Hitler's career for 23 years, used to march in protest against them and it was he who dubbed them 'Nazis', which was a Prussian slang term for "Country Bumpkin". (4) 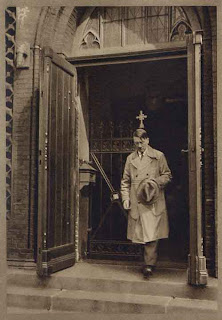 The hatred for the Jews was historic but turned deadlier with the publication of the fraudulent Protocols of the Elders of Zion, that convinced people that there was a Jewish conspiracy to take over the world.

Charles Darwin was not involved, and in fact these horrors were perpetrated by Christians. But it wouldn't be fair to blame Christians for this any more than we should blame Darwin.

This was the result of blind hatred. The same blind hatred that this new form of muscular Christianity, embraced by the Religious Right, now turns on feminists, Muslims and gays.

In the video at the bottom of this page you will hear Christians discuss the fact that religion and science do not have to be at odds. Charles Darwin understood that. The Religious Right does not.

Author Malcolm Brocklehurst discusses the need to question the mythology that cloaks all religions, because only then will Christians and Muslims live in harmony "free of dogma that is either outdated or deliberately misleading. (5)

Why can't they accept that it was their God who gave us science. The more they dig their heels in on this issue, the more they discredit themselves.