In 2004, a twelve-year-old Ohio boy, James Nixon, won the right to wear a T-shirt to school, that read: Homosexuality is a sin, Islam is a lie, abortion is murder ", after his parents sued the school, who asked him not to. (1)

His case was handled by the Alliance Defense Fund, who challenged the courts, not on freedom of speech, but freedom of religion. They used the protection of religious freedom to justify hatred and exploited a child to do so.

A student at Sheridan Middle School in Thornville won a federal court ruling Thursday allowing him to wear a shirt to school that insults homosexuals, Muslims and abortion-rights supporters.

On Sept. 1, 2004, the first day of school, seventh-grader James Nixon wore a T-shirt that read on the front, "INTOLERANT. Jesus said ... I am the way, the truth and the life. John 14:6". On the back, the T-shirt read, "Homosexuality is a sin! Islam is a lie! Abortion is murder! Some issues are just black and white!" (2) 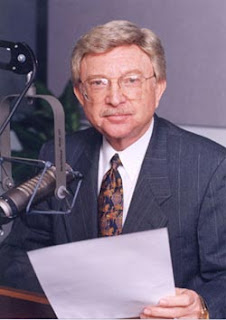 One of the founders of the American Defense League who came to the aid of young James Nixon, was Marlin Maddoux (1993-2004), a pioneer of Christian radio broadcasting.

Newspapers usually describe the ADF, which is based in Scottsdale, Ariz., as a "conservative" group but give little additional information. USA Today even called the ADF "a legal alliance that promotes religious freedom...."

Critics say a description such as that doesn't even begin to tell the story. Far from supporting religious liberty, the ADF champions the exact opposite: It was formed by a band of television preachers and radio broadcasters to advance the Religious Right's perspective in the courts.

The ADF, watchdogs at Americans United say, champions a radical agenda to destroy the wall of separation between church and state. It even has close ties to the most extreme faction of the Religious Right--a movement that wants to create a harsh fundamentalist Christian theocracy in America.

Since its founding, the ADF has played a role in nearly every church-state case to reach the U.S. Supreme Court and many lower federal courts. Since 1994, the ADF has directly or partially funded cases dealing with government aid to religion, religion in public schools, abortion, gay rights and religiously based censorship. Throughout, the organization's goal has been the same: merge religion and government. (3)

Maddoux was also a member of the Council for National Policy, which appear to represent the pro-military arm of the Religious Right. It was at a conference of the CNP, held in Montreal in 1997, where Stephen Harper was invited to deliver a speech tearing down the Canadian identity.

He told this group of 'muscular' Christians that: "your country, and particularly your conservative movement, is a light and an inspiration to people in this country and across the world." (4)

Another founding member of ADL is James Dobson, the man who created Focus on the Family. Dobson provided the seed money for a Canadian branch of Focus, started up by Stephen Harper's deputy chief of staff, Darrel Reid. He also indirectly poured thousands of dollars into Harper's election campaign, focusing on the issue of same-sex marriage, which became one of Harper's election promises (to scrap Bill C-38).

Dobson is also a founding member of the Council for National Policy with a strong belief in creating an aggressive theocracy in both the United States and Canada.

From the beginning, the ADF was clear about what it wanted to achieve. Its founders announced the group's formation in 1994 with a huge direct-mail campaign aimed at fundamentalist Christians. Maddoux and five other high-profile Religious Right leaders endorsed the effort: James Dobson, president of Focus on the Family; Bill Bright, president of Campus Crusade for Christ; D. James Kennedy, a television evangelist and head of Coral Ridge Ministries; the Rev. Donald Wildmon, president of the American Family Association; and Larry Burkett, president of Christian Financial Concepts (now Crown Financial Ministries), a fundamentalist-oriented financial services company.

In a letter soliciting donations for the ADF, Dobson wrote, "By pooling resources, substantial amounts of money can be channeled into a critical aspect of the civil war for values---namely, the legal battle in our nation's courts for the sanctity of life, the defense of religious freedom, and the preservation of traditional family values." (3)

And as you can see from their own website, James Dobson is indeed a founding member of the Alliance Defense Fund.

Cindy Silver and the Religious Right

During the 2006 election campaign, when Ralph Reed suggested that the Religious Right in Canada bring forward as many Christian nationalists (extremists, fundamentalists) as possible, one they hand selected to run was Cindy Silver.

Silver was a lawyer with the Christian Legal Fellowship, the Canadian franchise of the Alliance Defense Fund, and one of her most prominent clients was Focus on the Family Canada, then run by Darrel Reid, Stephen Harper's deputy chief of staff.

She had the endorsement of former Reform Party MP, Sharon Hayes, who is best remembered as the woman who issued a press release on her House of Commons letterhead, that accused the Chinese of eating fetuses, urging Liberal ministers attending the Fourth World Conference on Women in Beijing to reject "Chinese government policies that endorse the mandated one-child policy, the murder of inmates for body parts and the alleged consumption of human fetuses as health food." (5)

She also presented a petition to Parliament in 1997, asking the government not to overturn the rights of parents to engage in corporal punishment.

These people draw to the attention of the House that section 43 recognizes the primary role of parents in raising and disciplining their children, that the federal government is under pressure from various sources including the UN to change section 43, that the removal of section 43 would strengthen the role of bureaucrats and weaken the role of parents, and that the government now continues to fund research by people opposed to its removal.

These petitioners request Parliament to affirm the duty of parents to responsibly
raise their children according to their own conscience and beliefs and to retain section 43 in Canada's Criminal Code as it is currently worded.

Cindy Silver shared those views and as part of a letter to the editor wrote:

"... properly administered corporal punishment educates children to the dangers of disobedience, defiance, selfishness, sassiness, cruelty to others and actions that put the child's life in danger. It teaches them self-control and respect for authority - two characteristics necessary in socially responsible children." (6)

But what concerned the citizens of North Vancouver-Surrey, where Silver was running, was her views on things like abortion and homosexuality. In 2003 she had appeared before a House of Commons committee, as a private citizen, (not representing her client Focus on the Family), and made the following statement:

During the marriage trials, it became evident that EGALE and their partner groups for challenging marriage are not simply seeking equal benefits before and under the law, but are really seeking to ensure and expedite broad social approval for same-sex unions and, by implication, for homosexual conduct. It is really this that is at the heart of the marriage challenge. It is an attempt to use the disciplinary power of language to exact change in people's beliefs and attitudes regarding the moral nature of homosexual conduct.

Sharon Hayes now sits on the board of directors of Focus on the Family, so it shows just how connected they are to James Dobson, the Council for National Policy, and the American Religious Right. 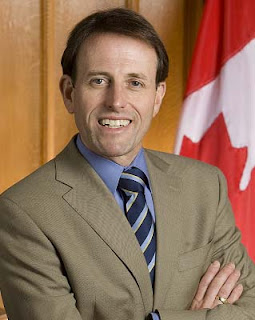 As mentioned above, Christian Legal Fellowship is the Canadian franchise of the Alliance Defense Fund, a group that challenges the constitution based on freedom of religion, by using legal justification for endorsing hatred toward mostly gays, Muslims and women's advocacy groups.

They also oppose anything that will stand in the way of corporate interests.

A member of Stephen Harper's caucus, and one of the hand picked social conservatives of the Religious Right, is also a lawyer with CLF and has founded a spin off organization the Canadian Constitution Foundation.

Weston is the founder of the Canadian Constitution Foundation (CCF). He said he founded the group in 2002 to promote and uphold the rights of Canadians against governments that undermine the rights of individuals.

Weston’s foes on the political left use more critical language to describe the CCF goals. The Ontario Health Coalition described the CCF as an “extremely right-wing” legal advocacy group that uses the Charter of Rights to promote a conservative agenda, including the end of medicare.

In 2005 Weston talked to the Calgary Herald about his counterintuitive approach to the Charter [of Rights and Freedoms] ... “It’s here, there’s not much point in wishing it weren’t. Now, we need to make it mean what it is supposed to mean,” Weston told the Herald. “Conservatives must reclaim it for conservative values.” (7)

His group was behind the attack ads running in the U.S. against President Obama's health care plan, by using one of their clients Shona Holmes, to embellish a story of a "life threatening" illness. (8) Weston's partner, who is now running the Canadian Constitution Federation is John Carpay, an old Reform Party candidate, who is also involved with the Fraser Institute and Preston Manning's the Manning Centre for Building Democracy.

What I find rather disturbing about this movement, is their heavy use of military terms to describe domestic initiatives.

A medieval knight in jousting attire stared from the badges of delegates to the national conference of the Christian Legal Fellowship (CLF). The language of battle resonated through the late September proceedings and permeated the pages of the event program.

Carefully selected verses from Scripture buttressed the conference theme. "Therefore take on the whole armour of God, so that you may be able to stand withstand on that evil day, and having done everything, to stand firm" (Eph. 6:13). "Be on your guard; stand firm in the faith; be men of courage; be strong. Do everything in love" (1 Cor. 16:13,14).

"As part of a national grassroots association of Christian lawyers, you have aligned with a band of faithful Christian professionals--servants of the most high--committed to standing guard for Canada, its religious freedoms, its traditional family and sanctity of life," writes CLF executive director Ruth Ross. "You have also demonstrated Christ's love, compassion and righteousness to a lost and hurting world." (9)

Marcie McDonald also revealed something else about the group after attending one of their conferences. The guest speaker was Benjamin Bull of the American Defense Fund, who after showing a rather alarming video, sheepishly apologized by saying "It works one way with donors, and another way here." (10)

Ah yes, there it is. "Donors". What it usually boils down to with the Religious Right: MONEY! Self righteous sanctimoniousness is a very lucrative business indeed, not that this group doesn't believe that they are at war. As James Dobson stated in that "fund raising" letter: "By pooling resources, substantial amounts of money can be channeled into a critical aspect of the civil war for values ..."

Unfortunately those "values" include racism, sexism and discrimination, which fall under their "freedom of religion". The religion of hate, that justifies a twelve-year-old boy wearing a T-shirt that reads: "INTOLERANT. Jesus said ... I am the way, the truth and the life. John 14:6". [On the back] "Homosexuality is a sin! Islam is a lie! Abortion is murder! Some issues are just black and white!" (2)