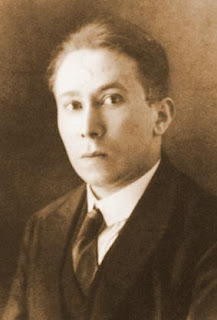 When old enough, Leo enrolled in the local school, where while it had a higher percentage of Jewish students than most, he was still in the minority.

In 1912, at the age of 13; he left home to attend the University of Marburg, where he boarded with the university's cantor. It was here that he fell under the influence of Hermann Cohen, and while Cohen himself was no longer at the university, his presence was felt in his interpretations of Immanual Kant.

Strauss also got involved in the Zionist movement, hoping to find his place in Germany. His desire was simply to be allowed to be a German philosopher, while finding his Jewish identity as espoused by Cohen.

And though later in life he claimed to detest organized religion, Cohen would remain "a permanent and stimulating point of reference." (1)

That would be Arthur Schopenhauer (1788 – 1860), whose writings also greatly influenced another young man, by the name of Adolfus Hitler, then living as a struggling artist on the streets of Vienna.

The philosopher Arthur Schopenhauer was a controversial thinker who also besides influencing Leo Strauss Strauss and Adolf Hitler, also inspired Albert Einstein and Sigmund Freud. And you can also see evidence of his thinking in the neoconservative movement.

He believed in limited government, and that the state should "leave each man free to work out his own salvation." He also believed that a monarch or dictator should rule, stating that he would "prefer to be ruled by a lion than one of [his] fellow rats." He did accept the necessity of the state, but also the need for state violence to control the destructive tendencies of the masses.
He believed in the supremacy of the white race:

The highest civilization and culture, apart from the ancient Hindus and Egyptians, are found exclusively among the white races*; and even with many dark peoples, the ruling caste or race is fairer in colour than the rest and has ... All this is due to the fact that necessity is the mother of invention because those tribes that emigrated early to the north, and there gradually became white, had to develop all their intellectual powers and invent and perfect all the arts in their struggle with need, want and misery, which in their many forms were brought about by the climate. This they had to do in order to make up for the parsimony of nature and out of it all came their high civilization. (3)

On Religion, he believed in the superiority of Christians and the need for conversion. He was also antisemitic:

While all other religions endeavor to explain to the people by symbols the metaphysical significance of life, the religion of the Jews is entirely immanent and furnishes nothing but a mere war-cry in the struggle with other nations. (3)

Schopenhauer also supported eugenics and claimed that "woman is by nature meant to obey."