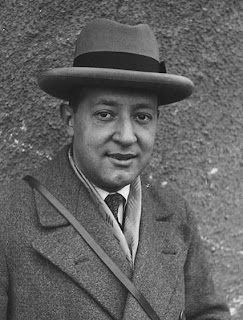 It is twenty-three years now since I first attended a National Socialist meeting, saw (without particular enjoyment) Herr Hitler at close range, and listened to the flood of nonsense—or so it then seemed to me—that he was spouting. It was only gradually that the effects of these speeches made me realize that behind all the nonsense there was unrivaled political cunning. (1)

Those words were written by Konrad Heiden, an author and journalist, who was a contemporary of Adolf Hitler. He had tracked the German dictator's career for 23 years (2), and while he was eventually forced into exile, he continued to sound the alarm.

While living in France in 1939, he wrote a book, "The New Inquisition", in which he laid out his predictions for the Holocaust:

"To drive 600,000 people by robbery into hunger, by hunger into desperation, by desperation into wild outbreaks, and by such outbreaks into the waiting knife -- such is the cooly calculated plan. Mass murder is the goal, a massacre such as history has not seen -- certainly not since Tamerlane and Mithridates. We can only venture guesses as to the technical forms these mass executions are to take. In his book Mein Kampf, Adolf Hitler suggested that the people to be killed be kept "under poisonous gas"; however, he speaks of a mere twelve to fifteen thousand. Doubtless the destructive instinct in the ruling class of the regime has grown in the meantime..."

I wanted to start the second part of this work with Heiden, because he offers a completely different perspective of Adolf Hitler; one that I think many of his biographers have ignored.

Was Adolf Hitler driven only by anti-Semitism, or was there a genuine thirst for power? Was it only hatred or also exploitation?

So I am now going to reexamine Hitler's career from a strictly political (and somewhat sociological) viewpoint. And I think you'll see that the philosophies of Leo Strauss during this time, become even more important to this movement in Canada, than William Aberhart's. Or at least as important.

But before going any further, I want to explain a few things. The Holocaust was very real and absolutely devastating. There is no justification for what took place and there is no intention with this book, to excuse, rationalize or vindicate Adolf Hitler and the Nazi Party in any way. It can't be done. It simply can't.

I also wanted to discuss the religious elements to my work, since I will be talking even more about Christianity and Judaism.

I am not a theologian, so my interest is purely historical and I will only discuss them in their historical context.

William Aberhart represented the extreme elements of dispensationalism. His theories were not just based on Cyrus Scofield but also on Ethelbert Bullinger, who incorporated numerology, witchcraft and the occult; into his teachings.

Many pastors discounted William Aberhart's theories and the columns in the religious sections of newspapers, often rebuked what they heard on his radio programs. Even his own wife*, did not "always share her husband's more extreme religious views, and there was a certain amount of tension in the home" because of them. (3)

Preston Manning once said that when he was in university, he would be teased about the religious elements in the Social Credit Party, by what he called 'Marxist' or socialists followers of the NDP. So he would show them old pamphlets of the CCF (the forerunner to the NDP) which then called itself "a Christian Party". (4)

However, there was a big difference between the Christianity of Tommy Douglas (CCF) and that of "Bible Bill". Douglas, and members of the CCF belonged to the social gospel movement, that combined Christian principles with social reform. Students of the social gospel were actually encouraged to question fundamentalism, and focus on Christian ethics. (5)

So for the next part of this story, I am going to allow Konrad Heiden to present his version of events, while I interject with their relevance to Leo Strauss, William Aberhart and Ernest Manning; who is by now a devout disciple of the father of the Social Credit Party in Canada.

*Laureen Harper, wife of Stephen Harper, has also stated that she is not Evangelical. She claims to "hate that stuff" and the pastor at the Christian and Missionary Alliance Church, where Harper belongs, confirms that she doesn't attend. (6). I myself, have often wondered whether Harper is in fact, a religious person at all. Leo Strauss advises his followers to tap into religious fervour, but claims that it is not necessary for a leader to be moral or devout. In fact he hated organized religion and he hated it religiously.