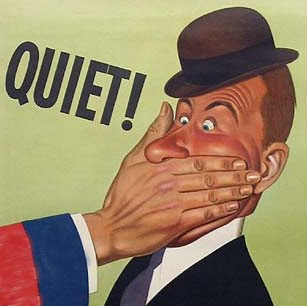 Just as the Thule Society played a significant role in the success of the Nazis and Adolf Hitler, secret societies also became part of the infrastructure for the Reform movement in all of it's manifestations.

I'm going to get into that in more detail later in the book, but I wanted to take a little break from the 20's and 30's to show their relevance today.

When the Reform Party was first being established by William Aberhart's Godson, Preston Manning (son of Ernest); they passed a motion to allow extremists into the party.

Someone actually stood up and asked "What about Doug Christie?" to which someone else responded "Ah, leave him in. We may need to use him later."

Doug Christie was the pal of Stockwell Day's father who pushed for western separation. He also made a name for himself as a lawyer defending Neo-Nazis, including James Keegstra, Ernst Zundel, Terry Long, etc. You can read a bit about him here. And a bit about his relationship to Stockwell Day himself here.

I'll be getting into more on that later as well, since Day's father was also a member of the Social Credit Party; but I just wanted to provide a bit of background.

In 1989, a small group of Reform Party members got together and created the Northern Foundation, initially to try and prevent the end of Apartheid in South Africa (corporations didn't want to have to pay regular wages to the blacks). However, they eventually decided to act as a vanguard for the far-right in Canada. (1)

One of the groups that fell under the Northern Foundation umbrella was the Heritage Front of Wolfgang Droege, who was the Ontario Policy chair for the Reform Party when Harper was their chief policy wonk. (3)

Droege was a well known white supremacist long before he joined the Reform Party. In fact he was once the head of British Columbia's KKK. As early as 1981, the B.C. legislature was discussing him after reporter Rick Ouston wrote in the Vancouver Sun, of a cross burning he attended back in the day when Canada had investigative journalists:

"Let us offer a prayer of thanks to God for creating us in his image, for giving us white skin and superior intelligent." That's how the invocation begins at the famous Stave Lake cross-burning. With that invocation, delivered by a blonde woman in her early twenties, the Ku Klux Klan's first public cross-burning in B.C. in years was underway Sunday. Before long, 40 white supremacists, a dozen of them wearing white robes, were brandishing flaming torches, making Nazi-style salutes and chanting 'White Power, ' as an eight-metre-high, rough-hewn wooden cross sent flames into the darkening sky.

The woman speaking identified herself as Anne Farmer. She said she was the National Grand Chaplain of the Canadian Klan and the girlfriend of Wolfgang Droege, the ex-B.C. Klan leader, now in a New Orleans jail ...."Canadian Klan leader Alexander McQuirter, who attended the ceremony, was asked about the Klan's claim to have attracted a 'new breed' of recruit - businessmen instead of workers. He said 'the (people who wear) ties type' are the new Klan majority, but they want to protect their jobs, so they just provide money and other backroom assistance . . .

Back home, Droege held low-key meetings with his new group in his apartment. They discussed their plans for their new group, and they discussed a name: the Heritage Front. One man, James Scott Dawson, registered the name; another Gerry Lincoln, designed a logo and some letterhead. Then, in November 1989, the Heritage Front went public. Droege, Lincoln and a few others travelled to Ottawa for the founding conference of the Northern Foundation. Droege had chosen a good place for his coming-out party." (4) 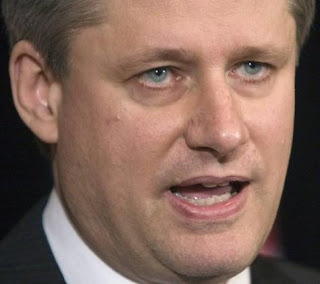 And yet he didn't. Because according to government records, Wolfgange Droege and the Heritage Front provided security for Manning in June of 1991. And apparently it was Stephen Harper himself who arranged it. (6)

"The Source said that a few days before the Mississauga rally, Droege had said to Grant Bristow [a CSIS operative]: "I need your help to do security for the Reform Party . Just prior to the Mississauga rally, on June 10, 1991, it was learned that Overfield was one of the Directors of the Beaches- Woodbine Reform Party riding association. Overfield had stated that he had a couple of men who were going to handle (i.e., protect) Manning because the police were refusing to give any assistance.... Droege too was to later say to the Review Committee that "their (Heritage Front) involvement, however, was not questioned by the Reform Party; the HF was 'not an issue', even though we were one of the main organizers". (7)

Eventually they were expelled though:

The expulsion enraged the Heritage Front, which saw the Reform Party's policies as very similar to, if not indistinguishable from, its own. How could a party that went on record opposing immigration policies that "radically alter" Canada's ethnic make-up turn around and shun a group like the Heritage Front, Droege asked, when the Heritage Front supports the very same approach? Privately, spokesmen for B'nai Brith and the Canadian Jewish Congress admitted that Droege had a good point." (5)

And from the Toronto Star just after the security gig:

"The Heritage Front - This Ontario group is led by Wolfgang Droege, a forty-one-year-old naturalized Canadian from Germany who recently served two years in jail for plotting to overthrow the government of Dominica. His front claims a membership of 300 people. It has distributed its literature, calling for an all-white Canada, in various Toronto locations, including public schools. The Canadian Jewish Congress has lodged hate literature charges against the Front. Droege denies being racist, but does see Canada's immigration policy as a threat to whites, 'the most precious force on this planet ... we believe that eventually white people will become a minority in this country because of our immigration policies ... We are racial nationalists working for the interest of whites everywhere." Droege has given the Reform Party his seal of approval. 'They have given us some hope,' says the Heritage Front leader." (8)

And according to Shofar: "... an anti-Semitic column by former Texas KKK Grand Dragon Louis Beam Jr. in the August 1992 issue carried a lengthy account of Wolfgang Droege's involvement with the Reform Party."

The Northern Foundation of which Mr. Harper was a member, is a male-dominated and self-anointed "white brotherhood". Females are not excluded though, provided that they accept its highly conformist and male chauvinistic culture of fascism. (6)

When it was discovered that Stephen Harper had been a founding member of the Northern Foundation, he claimed that he was kicked out for not being right-wing enough. Yet Dr. Chin believes that his policies match those of the NF.

In my research I lost track of them after 1991, though I still tracked members after that time. However there is another secret society that has emerged.

Other Past Presidents: Tom Flanagan, William Robson, and Lorne Gunter

So let's break that down:

William Gairdner - was a founding member of the Northern Foundation

Tom Flanagan - was the Man Behind Stephen Harper

William Robson - is from the CD Howe Institute, a Conservative think tank

Janet Ajzenstat - According to Wikipedia: Her view of Canadian federalism, which dismisses the idea of special status for Quebec or Aboriginals, provoked much scholarly debate, especially following the collapse of the Meech Lake Accord. Ajzenstat also contends that judicial activism undercuts the foundation of responsible government; as a result, her work is well received by Conservative scholars, such as Barry Cooper and Stephen Harper's former chief of staff Ian Brodie.

Ted Byfield - helped to found the Reform Party and was the father of Link Byfield, a founding member of the Northern Foundation

Michael Coren - Is a notorious homophobe. Quotes of Coren's include: "While everything human must be done to find a cure for this plague [Aids], it is hard to deny that the majority of sufferers in North America contracted the disease through perverse sex. 95% of the world's AIDS population is in the developing world and lack even basic health care. Nobody cared very much about these men and women before AIDS was brought to North America and, frankly, nobody cares very much now." and "According to the standard histories of the Holocaust, some eight percent of those killed in the camps were of the sodomite persuasion... Yet there may be a more opposite and fitting symbol of tribal identity for these poor oppressed people. If we are to believe the Cambridge History of the Second World War, and Gerber's surely definitive The Evolution and Structure of the Nazi Party, over twenty percent of the membership of the German National Socialists were practising pederasts...Surely our homosexualist brothers and sisters would be advised to abandon the pink triangle and opt for a tiny but telling swastika lapel pin instead." and "As for Jesus not condemning homosexuality, nor did He condemn bestiality and necrophilia." Quite a peach, huh?

David Frum - is a former George Bush speech writer who coined the term "axis of evil". He was also behind uniting the right and is a longtime associate of Jason Kenney and Stockwell Day. His sister Linda was one of Harper's patronage senate appointments.

Gwen Landolt - is the president of REAL Women of Canada, who were also members of the Northern Foundation family.

Tom Long - was a member of the Mike Harris government and one of the authors of the horrible Common Sense Revolution.

Mark Magner - was a member of the Canadian Alliance National Council, (The Alliance Party of Canada board) that included Jason Kenney and Stockwell Day

David Somerville - Ex-president of the National Citizens Coalition. He was president when Stephen Harper was VP and Harper eventually replaced him.

So if Stephen Harper wasn't right-wing enough for these guys, why did they invite Republican Pollster Frank Lutz, to instruct him on how to win a majority. One of Lutz's recommendations was to tap into national systems like hockey. "Introducing Mr. Luntz yesterday, former Reform party leader Preston Manning praised the work Mr. Luntz had done for him several years ago. During his speech, Mr. Luntz mentioned that he had met with Mr. Harper -- whom he referred to on a first-name basis -- Friday and had posed for a picture together ... Focus on accountability and tax relief, said Mr. Luntz. Images and pictures are important. Tap into national symbols such as hockey. "If there is some way to link hockey to what you all do, I would try to do it."

So next time you see Stephen Harper at a hockey game, think of Frank Lutz.

That's all for this little interlude, and I will now continue with the history of the Reform Movement. This just gives you some idea of how these "secret societies" and the exploitation of radicalism work.

*Peter Brimelow operates an anti-immigration website called V-Dare. From the Southern Poverty Law Center Website: Today, the former senior editor at Forbes magazine [Brimelow] edits an anti-immigration Web page that carries an array of frankly white supremacist and anti-Semitic essays. He described the role of race as "elemental, absolute, fundamental." He said that white Americans should demand that U.S. immigration quotas be changed to allow in mostly whites. He argued that spending tax dollars on anything related to multiculturalism was "subversive." He called foreign immigrants "weird aliens with dubious habits."