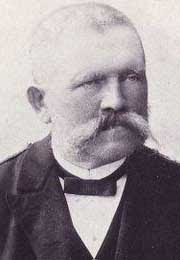 If the story is true that Alois Schicklgruber had vowed not to return to Spittal until he had made something of himself, apparently this metamorphosis took place by 1876, because it was then that he was reunited with his family.

His uncle Johann von Nepornuk Hiitler was still alive, and now that Alois, while not exactly Bourgeoisie, was a gentleman, in the loose sense that he had money, courtesy of his wife, Anna Glasl-Horer; the matter of paternity had to be settled.

This was also of interest to others since he had set his eyes on his uncle's sixteen year old granddaughter, Klara Polzl. His own wife was ill and not expected to last long, suffering from the advanced stages of tuberculosis, so it was his desire to bring Klara back with him to Braunau am Inn, where she would keep house until his wife succumbed to her illness, and then she would keep the house, so to speak.

Alois would tell a friend later that the reason for the settlement of paternity then was due to the fact that his uncle wanted to name him in his will, but needed something official before he was prepared to do so.

As a result, an elderly gentleman, appeared before the notary in the city of Weitra. At the age of eighty-four, Georg Hiedler now declared, in the presence of three witnesses by the name of Rameder, Breiteneder, and Pautsch, that he was the father of the illegitimate child, Alois Schicklgruber, born on June 7, 1837. He stated that he had meant to make things right when he married the lad's mother, but forgot.

The story was obviously reasonable, and the legal document bearing his signature, was forwarded to Spittal, and on June 6, 1876, one day before his 40th birthday, Alois was legally adopted, after years of being called a bastard.

There was now just the matter of the records, and on November 23, 1876, he showed up with several members of his family, and convinced the parish priest, Father Josef Zahnschirm, to take care of it. So the priest simply put a line through the 'illegitimate' and wrote in his father's name.

And that is how Alois Schicklgruber became Alois Hittler/Hiitler/Hiedler, though his son Adolf would simply be given the surname Hitler. Probably a good thing because 'Heil Schicklgruber' doesn't exactly roll off the tongue. 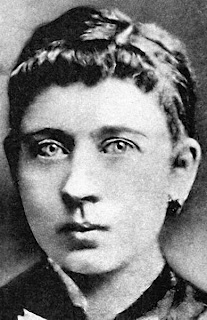 Klara Polzl was born in 1860, the daughter of farmer Johann Polzl of Spittal, and Johanna Hiedler, daughter of Alois' adopted uncle. The Polz family lived on the neighbouring farm.

Her grandparents were Martin Hiedler and Maria Göschl of Walterschlag. The family had lived on this same homestead for four generations, so her lineage was well established.

When in 1876, Alois Hitler suggested that she become his ward, with the promise that once his wife was deceased he would marry the young lass, she agreed to the arrangement and travelled with her intended to his home in Braunau am Inn; where he was a customs official.

However, Alois' wife lived longer than expected and he soon grew restless, so began a relationship with a young hotel cook by the name of Franziska Matzelsberger. When the affair was discovered, his wife obtained a separation in accordance with the Austrian bed-and- board' law, and moved into a dwelling of her own.

The twenty-year-old Klara then packed up her things and moved to Vienna, where she secured a position as a maid, while Alois set up housekeeping with the pregnant Franziska.

Their first child Alois Jr. was born out of wedlock and when his first wife died, he married the boy's mother. A few weeks after the wedding, another child was born to the couple; a daughter they named Angela.

But in 1884, his second wife also died of tuberculosis, and Alois left with two small children, looked up his old flame Klara, brought her back from Vienna and they were married on January 7, 1885. Because of the family connection, they had to acquire a special dispensation from the church, though I don't believe they were biological kin.

But this couple would live on in posterity, because of an infamous son, by the name of Adolf Hitler.