In 1825 the British Parliament incorporated the Canada Company, a private enterprise; to handle future settlement in the province of Upper Canada.

Whereas in and by a certain Act of Parliament made and passed in the sixth year of our reign, entitled, " An Act to enable His Majesty to grant to a Company, to be incorporated by Charter, to be called 'The Canada Company,' certain Lands in the Province of Upper Canada, and to invest the said Company with certain Powers and Privileges, and for other Purposes relating thereto: After reciting, amongst other things that divers persons had united together to establish a company for purchasing, improving, settling, and disposing of certain lands in the province of Upper Canada .... (1)

Their mandate included making necessary travel arrangements for emigrants; land distribution and the provision of the necessary tools required to carve out a life in the vast wilderness of the region. What this amounted to was the private purchase of about 2.5 million acres of land for $295,000. And since this endeavour was the brainchild of the Scottish novelist John Galt, he would act as superintendent. 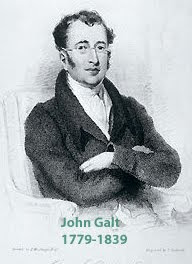 In 1824, Galt dispatched a provisional committee to the province, to get the lay of the land, so to speak. The plan was to divide the province into tracts, that could be sold to wealthy investors; who in turn would further divide and sell the land again.

One of these tracts was a pie-shaped piece that stretched from present day Guelph to Goderich, which became known as the Huron Tract.

One of the members of this committee, was Martin Tucker-Smith, a London banker, who would become one of the directors of the Canada Company. When the Huron Tract was sub-divided into townships, approximately 40,850 acres would be sectioned off as Tucker-Smith, in his honour. The land was described as " ... rolling and considered by the early settlers to be one of the most fertile in the County".

However, by 1835, the official census revealed that there were only 61 souls residing in Tucker-Smith: 17 boys and 10 girls under the age of sixteen; 18 adult males and 16 adult females. (3) Hardly thriving when compared to most others.

In 1827, a new arrival, calling himself Anthony Van Egmond; would be hired to build a passable road through the bush, from Wilmot in Wellington County to Goderich; a distance of about 40 miles. His contract stipulated that he had three years to complete such a road, that must include three inns at various intervals, for the convenience of future travellers. He would receive one third of his payment in cash and the rest in land.

However, he and his son Constant completed the task in about a year and he was granted 13,000 acres in Tucker-Smith, making him the largest private landholder in the Huron Tract.

How good the road was is open for debate, but generally most in Upper Canada at the time were barely passable. In 1836, when Anna Jameson was summoned to Canada by her husband, Robert; who had been appointed chief justice of Upper Canada, she had to travel from New York to Toronto on her own, and described the conditions in her book Winter Studies and Summer Rambles in Canada: 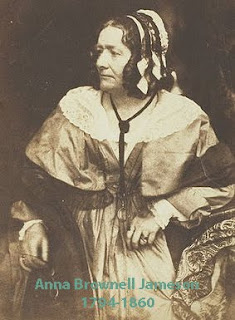 " ... The roads were throughout so execrably bad that no words can give an idea of them. We often sank into mud-holes above the axle trees; then over trunks of trees laid across swamps, called here corduroy roads, where my poor bones dislocated. A wheel here and there, or a broken shaft lying by the wayside, told of former wrecks and disasters. In some places they had, in desperation, flung huge boughs of oak into the mud abyss, and covered them with clay and sod, the rich green foliage projecting on either side. This sort of illusive contrivance would sometimes give way, and we were nearly precipitated in the midst. By the time we arrived at the township of Blanford, my hands were swelled and blistered by continually grasping with all my strength an iron bar in front of my vehicle to keep myself from being flung out, and my limbs ached woefully."

Regardless; Van Egmond cleared about a hundred acres of land, planted the first wheat in the township and built a sturdy home, complete with the obligatory tavern.

"The erection of a church or chapel generally precedes that of a schoolhouse in Upper Canada, but the mill and tavern invariably precede both." Anna Jameson (3)

The Colonel was now open for business, with 20, four-horse wagon teams to assist the arriving emigrants.

1. History of the colonies of the British Empire ... from the official records of the Colonial Office, By Robert Montgomery Martin, H. Allen and Co. and George Routledge, 1843, Pg. 76