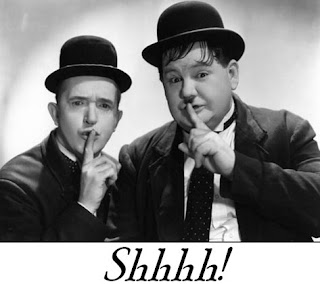 Exactly at eleven, someone emerged from the vestry and passed up the rostrum stairs. A moment later the man was standing at the desk. Many instantly recognized him. It was the Secretary of the Church. A dead hush fell upon the people. … "He has come, and we, the unready, have been left behind … My wife has gone … My daughter, too."—Sydney Watson, The Mark of the Beast

Before moving on with the founding of the Social Credit and German Worker's parties, I wanted to take a bit of break and talk about the 'secret' societies that worked behind the scenes to promote their cause.

The fact that Ernest Manning and William Aberhart wrote a play based on a novel by Sydney Watson, shows that they were into some pretty weird stuff. Watson's novels became a framework for the Left Behind series that now fuels the Religious Right.

There is a great deal written about the Thule Society and their impact on the Nazi Regime and the 'Final Solution'. Some of it true.

Yes, many elements of the society were involved in the occult, but no; Adolf Hitler was never a member. He didn't have the right pedigree.

However, we can't ignore the historical significance of the Thule Society in the rise of the Nazi party. In fact they created the enigma of Adolf Hitler; the man who became the embodiment of the Holocaust, despite the fact that he did not act alone.

Like depression era Alberta, post-war Germany provided a perfect climate for the return of the Antichrist, and some members of the Thule Society began holding seances, hoping to conjure him up. The copy of the Protocols of the Wise Men of Zion that made it's way to the group, via Alfred Rosenberg; included a description of him, based on that of the Russian philosopher, Vladimir Soloviev.

The Antichrist 'does not look like what he is,' and therein precisely lies the danger. He is a young man with a strong personality and seductive power of speech and writing. He is an ascetic and a vegetarian. He will win fame first by a book in which respect of the ancient traditions and symbols stands side by side with a bold and thorough radicalism in social and political problems ... absolute individualism with an ardent fidelity to the common weal ... Then, in Berlin, he will become ruler of the `United States of Europe'; he will conquer Asia and North Africa; America will submit to him voluntarily. He is an absolute genius, and he may, says Soloviev, wear a small mustache. (1)

So when Thule member Dietrich Eckart, saw Adolf Hitler walk through the door at one his beer hall meetings, with that unusual mustache, he knew that he had found his Antichrist. He could fill in the rest later.

And with the assistance of other Thule members, he set out to do just that:

1. Seductive power of speech: The playwright and stage director Eckart, and some of his colleagues; taught Hitler how to control his voice, even using the negative effects of mustard gas, to an advantage. By working in proper use of the hands and dramatic facial expressions, they created a mesmerizing performer. And of course we know that Eckart was a Thule.

2. He is an ascetic: Early party members were recruited for what was then a citizen's army, to be part of an athletics program. Later athletics became a huge part of their training and we all know how Adolf Hitler exploited the Olympics. The first to do that actually (will Stephen Harper be the last?); and he was the one who started the Olympic torch rally.

An early recruitment ad for the party read:

The N.S.D.A.P. (Nationalsozialistische Deutsche Arbeiterparfeh National Socialist German Workers' Party) has formed its own gymnastics and sport division within the framework of its organization. It will embody and propagate the military idea of a free nation. ... It will instill a boundless desire for action in the hearts of our young members, hammer and burn into their brains that history does not make men, but men history. And that the man who lends himself defenseless to the chains of slavery deserves the slave's yoke. In it, we will continue to cultivate loyalty between comrade and comrade, and joyful obedience to the leader.... (2)

3. He will win fame first by a book: We already know about his book Mein Kampf, and while many of the personal accounts included by Hitler were proven to be either exaggerated or false, what may not be common knowledge is the input provided by the Thule society. Thule member Anton Drexler, on the day that Hitler was accepted into the German Worker's Party hurried to Hitler and gave him a forty page pamphlet entitled: "My Political Awakening." He urged Hitler to read it and also invited Hitler to come back again.

And Konrad Heiden believed that the support for ".. building a strong nationalist, pro-military, anti-Semitic party made up of working class people" were not Hitler's ideas, though he would have supported them.

....there is ground for suspicion that Hitler copied this whole fine story with small changes from the autobiography of his later political friend, Anton Drexler, Mem Politisches Erwachen (My Political Awakening), which appeared in Munich in 1920. (3)

But a much more compelling argument for the manuscript Mein Kampf not being Hitler's own thoughts, comes from another Thule member, Rudolf Hess. Hess was arrested with Hitler after the Beer hall Putsch in 1923, and helped him to edit his 'autobiography'. ("Acting as Hitler's private secretary, he transcribed and partially edited Hitler's book Mein Kampf".)

Hess did more than take dictation. He was then twenty-seven, a man of flawless manners. His admiration for Hitler filled his whole person and, like an expert secretary, he tried to make everything as easy as possible for the author; when Hitler's flow of thoughts clogged or his store of knowledge was wanting, Hess was rich in helpful suggestions. Having enjoyed a fair academic education, Hess had a mature contempt for bloated school learning; he found it right and proper that his leader who far surpassed him in sheer intelligence had not stuffed his own head too full; he also found it right and proper that Hitler should avail himself of his friend's knowledge where it suited him and leave it unused where it did not suit him. (4)

While attending the University of Munich, Hess studied under Professor Karl Ernst Haushofer, who is credited with the development of Adolf Hitler's expansionist strategies. "While Hess and Hitler were imprisoned after the Munich Putsch in 1923, Haushofer spent six hours visiting the two, bringing along a copy of Friedrich Ratzel's Political Geography and Clausewitz's On War." (5)

At Munich University there was then a former German general who, before the World War, had spent some time in Tokyo on a diplomatic mission; he had become a professor and lectured on a new science which he called geo-politics. This professor and retired general, Karl Haushofer, was the teacher and friend of Rudolf Hess; he was an occasional guest at Landsberg, and Hitler and Hess were certainly stimulated by their conversations with him; Hitler's 'space as a factor of power/ is Haushofer's expression (4)

There wasn't a great deal in Mein Kampf about foreign policy, but Haushofer did have an effect on Hess who would later be Hitler's deputy, and he would often advise on military matters:

Hitler's learned friend. General and Professor Karl Haushofer, had developed a new type of military science based on a division of the world into great land and sea masses. Previously the power dominating the sea had dominated the world; today, however, Haushofer, himself a pupil of Rudolf Kjellen, the Swedish geog- rapher, taught that this condition had been reversed. Immediately after the World War he had been of the opinion that the great battle fleets would gradually be transformed into 'scrap iron' by growing swarms of U-boats and airplanes. Both planes and sub- marines depended for their power on land bases from which they could not stay away for any protracted period. But that is not the chief reason for the rising importance of the mainland in world politics. Through the development of the continental trade economy, the great inner spaces have become less dependent on the coast'; in modern world politics, domination of the production centers is decisive, no longer domination of the trade routes.(6)

Haushofer also spoke of the necessity of creating a 'United States of Europe', as in Soloviev's Antichrist.

The Thule Society would also be responsible for the Nazi flag, the Swastika, 'Sieg Heil', the Nazi salute and their anthem.

Did secret societies have anything to do with Stephen Harper's success? That's coming up next.