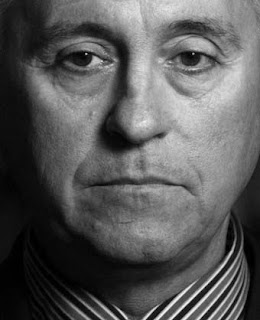 In 2008 a seventeen-year-old tape of Harper MP, Tom Lukiwski surfaced, in which he was heard to say: "There's A's and there's B's. The A's are guys like me, the B's are homosexual faggots with dirt under their fingernails that transmit diseases." *

It immediately made headlines everywhere and he couldn't be more apologetic. Practically in tears, he begged for forgiveness and a little over the top, stated that he would spend the rest of his life making it up to the Gay Community (he's done nothing since).

However the drama was needed to deflect attention from the real issue: the fact that they were made when he was the Executive director of the Saskatchewan Tories of Grant Devine, the premier whose government was so corrupt that criminal charges had to be laid, and several of his ministers, went to jail; including John Scraba and Eric Bernston, who were also seen and heard on the tape.

He was the big fish in the small pond - the deputy premier who, everyone knew, truly ran Grant Devine's Saskatchewan government in the turbulent 1980s. But when now-Senator Eric Berntson was sentenced last week to a year in jail for defrauding taxpayers of $41,735, the ripples extended all the way to Ottawa. Saskatchewan residents - those who have not tuned out the long saga of provincial Tory corruption - were struck by two images of Berntson. One was the jowly, stone-faced power broker they had come to loathe. The other was a broken man, nearly friendless, pleading for compassion, citing the strain of events and his work on behalf of literacy and homeless children.

Except for one day in the Court of Queen's Bench - just before Justice Frank Gerein pronounced the sentence an abuse of trust and "a sad day for Saskatchewan" - Berntson has maintained a public silence. That has left most Canadians with another indelible image: that of another Tory senator led from court in handcuffs - only to return to a Senate seat, pending appeal. Both Berntson, 57, and Senator Michel Cogger*, 60, who was convicted last July of influence peddling, showed up unexpectedly for Senate duties on Wednesday. They sat side by side in an isolated corner of the upper chamber while catcalls of "shame" came from Reformers and New Democrats in the nearby House of Commons. (1)

"Shame" indeed, but this would not be the first time Bernston had brought shame to his Tory party. And defrauding taxpayers of $41,735, wasn't even his biggest crime. One of Canada's first neoconservative politicians, as deputy premier of Alberta, he became involved in one of the most progressive privatization schemes in Canada's history. (2)

In 1989 the Saskatchewan government was required to have some of their laws printed in French and English, which promised to be an enormous undertaking. Enter Guy Montpetit, a business associate of Michael Cogger, who was a close friend of, and campaign chairman for, Brian Mulroney. (Cogger would later be appointed to the senate, as mentioned above).

Cogger sought the services of Ken Waschuk, a Conservative party pollster in Saskatchewan, who introduced Montpetit to Deputy Premier Eric Berntson. Montpetit assured him that he could provide the government with computer equipment and software that would do all the translations for them.

The Devine government quickly invested $4 million in GigaText for 25 percent of the shares. Montpetit and his business partner, Douglas Young, a Winnipeg university professor, invested no money, but received 75 percent of the shares. GigaText used the money to purchase twenty computers from another Montpetit-owned company, Lisp, which in turn had obtained the computers from GigaMos Systems,Inc., yet another Montpetit company. GigaMos had obtained the computers from a bankrupt U.S. computer company a few months earlier. They were part of the U.S. company's inventory and, according to an independent court-appointed auditor, had a value of $39,000. " However, GigaMos billed Lisp $1.5 million for the computers; an invoice was sent, but no money changed hands.

In other words, Lisp didn't pay anything for the computers. For these same computers, GigaText (that is, the government of Saskatchewan, the sole financial
backer of GigaText) paid $2.9 million. (4)

In other words, the Saskatchewan government paid almost three million dollars for thirty-nine thousand dollars worth of computers. When Bernston, who struck the deal was asked about this, he shrugged it off, claiming they got value for the money spent. They would fork over another million dollars, while Montpetit lived the high life, though he did share the wealth:

He also flew Eric Berntson, Berntson's chief political aide Terry Leier, and Ken Waschuk to various destinations. Leier, as a GigaText board member, received a $5,000 cash advance, while Waschuk was given a $150,000 interest-free loan. (4)

And despite the four million dollar expenditure, the computers never worked. The first time they tried to do a demonstration, they coughed and died. All of this is a matter of public record.

Going back to the studies, the question I just previously asked you, you’ve talked about other studies where you brought experts in once you realized you were in big trouble with GigaText. I’m asking about what kind of evaluations you did prior to investing the $4 million into GigaText for a 25 per cent share. There’s some independent evaluations of the GigaText system that refer to it as having coughed, sputtered, and died when it was fed independent information. Could you tell us how many studies were done - one would be even adequate - how many studies were done prior to the investment of $4 million in GigaText. Who did the study, and what was the conclusion of the study? And would you table that study with us here this evening to show us that you had at least some evaluation of GigaText, and it wasn’t just an arrangement made between Senator Cogger and Ken Waschuk and yourself and the Premier in the province to take us for $4 million. Tell us about at least one study before the $4 million investment, please. (5)

"Mr. Speaker, my question is to the Minister of Justice, and it concerns the GigaText scandal. Minister, on June 2 in this House we raised the question of a no-interest loan of $150,000 paid by Mr. Guy Montpetit to your PC government's pollster and friend, Ken Waschuk. At the time, your colleague, the minister responsible for SEDCO, said that this money was not GigaText money and that it did not come from Saskatchewan taxpayers. Is that also your contention, Mr. Minister?

... Mr. Speaker, that question has been raised in that form before, and the response I gave at that time is that that matter is subject to the investigation by the RCMP, and that report is to be coming down very shortly. And let's leave it to that investigation to determine that question ... What we are asking you about is your government's knowledge, or a lack thereof, about the spending of taxpayers' dollars ... Minister, my question is this: are you familiar with the report compiled by the court-appointed inspector of Mr. Montpetit's companies, presented in the Montreal court case, which clearly shows that the $150,000 loan received by your pollster, Ken Waschuk, came directly from GigaText money, channelled through the Montpetit controlled or operated companies, Lisp, Edubi, and Koyama? Are you familiar with that report, and when did you become aware of both that loan and its sources? (6)Scandals and incompetence would come to define the Devine government, but the Saskatchewan experiment in neoconservatism, would also come to define the Harper government, as key players have moved back and forth between the two.

So catcalls of "shame" may have come from the Reformers when Bernston was being led out, but he is on that tape calling himself 'F'in A', in a league with Tom Lukiwski.

Next: Tom Lukiwski, Grant Devine and the Religious Right

* You can watch the entire video and read the transcripts at Giant Political Mouse.