A Deceptive Democracy. Who's Running the Country Anyway? 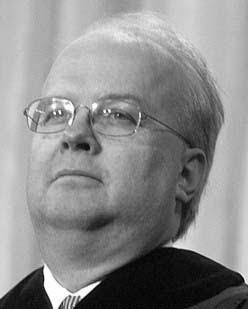 Bush is the product. Rove is the marketer. One cannot succeed without the other .... The inherent danger in an arrangement where the political advisor also drives policy is that the consultant is deciding what is best for the next election cycle and his political party while the president needs to be considering what best serves the country beyond election day. These two interests are frequently divergent and in conflict.

The end result is obvious: Karl Rove thinks it, and George W. Bush does it. That's the way it works. And it works well. Rove's political strategies are steering administration decisions on domestic issues and foreign policy. Karl Rove's political calculations have proved more often right than wrong and, for a president interested in reelection, a formula that sways a constituency or adds electoral votes is something he cannot afford to ignore. (1)

This relationship left Rove's biographers to point out: Karl Rove has posed a new and disturbing question for American voters and their republic. Who really runs this country? (2) 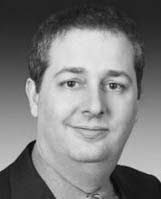 When Guy Giorno, the Prime Minister’s chief of staff, made a rare public appearance recently to testify before a House committee looking into government secrecy, even some veteran Parliament Hill news photographers needed to have him pointed out so they would know which way to aim their lenses.

Giorno’s spotlight-shy style makes him an unfamiliar figure, but the issues he’s intimately caught up in couldn’t be more conspicuous. In the past, critics inside the Conservative party have grumbled that his bad advice led to missteps by Stephen Harper—sparking a public backlash when the Prime Minister prorogued Parliament in January, and bringing the Tories to the brink of defeat in late 2008 when the opposition formed a coalition over the threat of losing their federal subsidies.

On the other hand, senior Tories credit Giorno as a key architect of last year’s budget, and the aggressive marketing of it as “Canada’s Economic Action Plan”—a springboard for the Conservatives’ bounce in the polls this spring ... “People can pick apart and second-guess individual tactical decisions that impact the Ottawa news cycle ... but Giorno has gotten the big things right.”

Sometimes, however, predicting when this week’s tactical decision might turn into next month’s unwelcome big thing is not easy. As a devout Catholic whose faith has never been far from the centre of his politics, Giorno is assumed to have played a role in the government’s decision to ban foreign aid funding for abortions. It was controversial from the outset, but the move has grown to cast a huge shadow over Harper’s bid to make “maternal and child health” in developing countries his signature cause when he hosts the G8 and G20 summits in Huntsville, Ont., and Toronto next month.

Perhaps more than any issue that’s arisen in Giorno’s nearly two years as Harper’s top adviser, outlawing overseas abortion funding threatens to drag him unwillingly toward the centre of media attention. Montreal’s Le Devoir reported a few days ago that an unhappy Harper wants the matter defused before world leaders, many of whom disagree with his stance, arrive in Ontario for the summits. But Giorno is reportedly worried about how Conservative supporters would react to any retreat and is urging Harper to “protect the base.” (3)

Guy Girono made the decision to end voter subsidies.

Guy Giorno made the decision to prorogue Parliament.

Guy Giorno was the architect of the budget.

Guy Giorno made the decision to spend millions (and millions, and millions) on campaign style advertising at our expense.

Guy Giorno made the decision to ban foreign aid funding for abortions.

Which begs the question: Who really runs this country?

3. Guy Giorno: national man of mystery: PM’s chief of staff target for blame, but insiders say he gets big things right, by John Geddes, May 31, 2010
Posted by Emily Dee at 2:12 AM