Is the Religious Right Losing it's Grip on Conservatives? 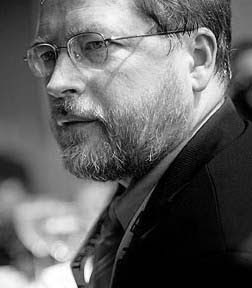 It was always a strange alliance: The Religious Right, the Republican/Conservatives and the Libertarians. But the more ridiculous and narrow minded the fundamentalists became, the more the Libertarians tried to distance themselves.

Now we find in the U.S., a crack in the armour as several high profile Conservatives are breaking ranks and supporting GOProud, a group of Gay Republicans.

Yes, I said it. Gay Republicans.

We knew they had them, but their voices were being drowned out by the rants of the 'holier than thou'.

And with all of these non-profit groups that marginalize children not from their view of what families should be, what will they do now? If this is the start of an attempt at normalcy after years of insanity, where will they go?

Today, GOProud, the only national organization of gay conservatives and their allies, announced that conservative leader Grover Norquist, President of Americans for Tax Reform, and Fox News contributor Margaret Hoover are joining the GOProud Advisory Council. “Grover Norquist and Margaret Hoover are two of the most respected names in the conservative movement,” said Christopher Barron, Chairman of GOProud’s Board. “We are honored to have them as part of the GOProud team.”

“GOProud is an important part of the conservative movement,” said Norquist. “I am proud to join GOProud’s Board of Advisors and to help in advancing their common-sense conservative agenda of limited government, lower taxes and individual liberty.”

Focus on the Family is losing focus and have released a statement:

Grover’s move to join the ranks of those who perpetuate the gay agenda, which has in its crosshairs the destruction of marriage, is as dishonoring to
the movement he claims, as it is disheartening. Historically, conservatism has been built on a 3-legged stool of traditional social values, economic conservatism, and a strong national defense. So when Grover said that he “shares GOProud’s commitment to ‘core’ conservative values,” he’s obviously leaving out a key component that many in his cause hold dear.

And the Family Research Council had this to say:

I was somewhat surprised to see that Americans for Tax Reform's president, Grover Norquist, has decided to join the Advisory Council of the homosexual group GOProud. Grover is usually a masterful Republican strategist and coalition builder -- but in this case, he seems prepared to compromise a unified conservative movement in order to appease a tiny minority of the overall population. GOProud is not a conservative organization that happens to be gay. It's a homosexual organization that's marginally conservative. GOProud's own website explains just how radical its priorities are. This is a group that opposes the death tax and ObamaCare -- not because they aren't sound economic policies -- but because they "discriminate" against "gay families."

And the platform doesn't end there. One of the group's top 10 "principles" is to create "enterprise zones" for homosexuals, despite the fact that the average income for gays and lesbians is higher than most everyone else. At least two other of its "principles" call for the overturning of the Defense of Marriage Act. Among their other priorities: allowing homosexuals to serve openly in the military and defeating any attempt to protect one-man, one-woman marriage. They even ran ads criticizing President Obama for not doing enough for the homosexual community!

I credit many of the diligent Americans who wrote constantly on the threat that the Religious Right imposed. We are seeing a similar movement in Canada, especially since Marci McDonald's book, the Armageddon Factor.

We still have a long way to go, but I think Norquist made an important first step.

I also just learned that Darrel Reid is moving on. Thank gawd.

Darrel Reid, an evangelical Christian who once led Focus on the Family, had been Harper’s deputy chief of staff and has played a key role in developing policy since joining the PMO in 2007. He’s moving to join the Manning Institute for Democracy.

We'll rescue Canada one extremist at a time.
Posted by Emily Dee at 4:37 PM