Will This Past Weekend's Events Become the New Norm? 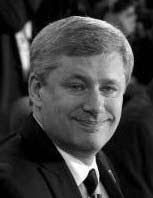 "In keeping with the lurch towards American right-wing politics, the focus is on the 'enemy within'" Brooke Jeffrey, Hard Right Turn: The New Face of Neoconservatism in Canada

Murray Dobbin posted an excellent piece on Canada's new Police State, as it is becoming painfully clear that the one billion dollar price tag for the weekend's security, was not intended to provide "security", but silence dissent.

The Black Bloc, which undoubtedly included several police provocateurs, were allowed to rampage for an hour and a half, while innocent civilians and the media; the true 'enemies of the state'; were beaten up and arrested.

There was no spontaneous “over-reaction.” There were no cops “out of control” – the obvious fact is that were always in control. This was a very strategic operation from beginning to end. The decision to allow the Black Bloc to do its destructive work without any intervention at all was strategic as the police and their political masters knew the media would play their pre-assigned reactionary role and focus on the destruction of property. The mass arrest of 900 people was a message to those willing to take a stand: you could be next, and a criminal record is no laughing matter. There is no question that amongst the mob of window-breakers and car-burners were a significant number of agents provocateurs. How many we will likely never know as this time around none were exposed as they were in Montebello at the SSP Summit. (1)

The puppet prime minister needed those destructive images to justify the "over reaction", while his puppet master, Guy Giorno, scored a victory on two fronts. He has cleverly manipulated the situation to allow the Toronto police and the McGuinty government to take the fall.

This accelerates the west's contempt for Toronto, and shores up Harper's base, while helping Tim Hudak, the Mike Harris protegee; who would like to become premier of Ontario to finish the job started by Giorno, when he was pulling the strings for Mike Harris.

I tell my friend from Brampton that if he wants to get into the cabinet, like his colleague, he should be good to Guy Giorno and Deb Hutton. Deb's now been with the Tory caucus 10 years; celebrating her 33rd birthday in mid-August. She has all kinds of power .... All these people advise, so what I'm saying to the members of the Conservative caucus who want into the cabinet is, yes, be nice to Mike, laugh very loudly at the jokes, lead the applause when Mike speaks and give an answer that zaps the opposition, but the most important thing is to ingratiate yourself with Guy Giorno and the whiz kids. (2)

For those who don't know, Deb Hutton is now married to Tim Hudak.

Meanwhile, Deborah Hutton, who remained as the premier's legislative assistant, was given the nickname "Jabba the Hutt" by ministerial aides terrified of her legendary tantrums. One of these aides, like those working for the Conservatives, was willing to be more specific, only on the condition of anonymity. According to the disgruntled staffer, Hutton was and remains "a one-person Blitzkrieg against party morale. She guards her access to Harris jealously, and frequently speaks on his behalf." (3)

In 1999 when Mike Harris toured the province with a jar full of loonies, which some of us referred to as the Harris caucus, (the only time they were allowed out in public, but still silenced) Hutton followed him around polishing his jar. Not a euphemism:

Reporters like Robert Fisher remember the loonie tour with a little less reverence but concede that it was one of the more successful publicity stunts. "It became a bit of a joke really. He lugged this damn jar of loonies everywhere he went," says Fisher. "And Deb Hutton, one of Harris's senior advisors, it became her job to polish the jar. So help me, this woman - probably the most hated woman at Queen's Park, but very powerful - had a cloth and she would take the fingerprints off the jar and shake the loonies so they looked all even. Talk about being obsessive-compulsive." (4)

Guy Giorno himself continued to play a crucial policy role as director of strategic planning. Viewed by ministerial aides as a "true believer who toiled at the centre of the web, he could be rigidly inflexible if departmental initiatives failed to conform to his expectations and/or the CSR priorities. It was not long before he was given the nickname, "Rasputin" by Frank magazine and opposition MLAs. (3)

And today after learning that Giorno was behind the prorogation:

While discussing this jaw-dropping revelation with other Conservatives, one said he was not surprised. "Guy Giorno has been an unmitigated disaster. I'm amazed we're still leading in the polls," he said. "We're governing from crisis to crisis, managing issues as opposed to managing Parliament."

Guy Giorno-- or Double G, as he's known in government circles -- is probably the most powerful man you've never heard of. The 44-year-old former lawyer is the Prime Minister's chief of staff, a position he also used to fill for former Ontario premier Mike Harris. He is closer to the Prime Minister than any other individual in government and his counsel is sought on decisions that affect millions of people and billions of dollars. (5)

Those words were written by John Ivison and it's interesting that back in the Harris days, Ivision also had an opinion:

"They would also, in their more strident moments, convey the sense of ideological fervor, of harshness, of lack of compassion or forethought, that would darken the government's record and alienate some of its core supporters." (6)

Brooke Jeffrey opens her 1999 book, Hard Right Turn, by saying that in Toronto there were rallies and demonstrations at Queens Park because of Mike Harris' cuts to health care, education and social services. Her cab driver volunteered the information that he had been fooled into voting for Mike Harris' "Common Sense Revolution", which he learned made no sense at all. "I didn't expect them to pick on blind people and little old ladies."

Not long after she was in Alberta and found the same demonstrations and rallies targeting Ralph Klein. "The premier and his controversial treasurer, Stockwell Day (now our treasurer (7)), were adamant the cuts would go forward as planned. They didn't need to, because Alberta was in the middle of an oil boom and had money to burn ... "The striking thing about Klein's comments was his choice of language. It was almost identical in tone and content to arguments Mike Harris had used to defend his actions in Ontario a few months earlier. Klein's refusal to consult in any meaningful way with the affected groups was equally firm." (8)

Now this may have been striking to Jeffrey, but there is a simple explanation. Two words: Guy Giorno.

We know that he pulled the strings and pulled them tight for Mike Harris and is pulling them just as tightly for Stephen Harper. But what wasn't as well known was that he often put words into the mouth of Ralph Klein. Wearing his other hat as emperor of lobbying:

... cabinet ministers partied last week with Kyoto-bashers the Canadian Coalition for Responsible Environmental Solutions, a lobby group with close ties to both Ralph Klein and the energy industry .... it was interesting to learn that this meeting was organized by Guy Giorno, Mike Harris’s old chief of staff and ultimate Tory party insider. Giorno now works with National Public Relations (NPR), the coalition’s high-priced lobby firm. Two days after the meeting, Giorno sent every MPP at Queen’s Park an e-mail suggesting what they might say in op-ed news pieces or letters to their constituents about Kyoto. (9)

Will this increasing pressure on Canadians’ quality of life and economic security be the trigger that creates the conditions for social unrest? There is no way of knowing that ahead of time but it will certainly present the conditions for a rejuvenation of social movement efforts to mobilize against the corporate state. Labour will be forced from its self-imposed slumber and have to take a real stand – and not just show up a single demonstration.

When resistance does increase that corporate state hopes to have created a new a normal where demonstrating is seen as vaguely threatening, the demand for civil liberties is the recourse of scoundrels, and criticism of governments naïve at best and dangerous at worst. Economic insecurity does not necessarily lead to greater resistance. It can also lead to passivity out of fear that things could get even worse. That passive part of the population is the classic ground for fascist politics and the desire for a “strong” leader, in the mode of a father figure. Harper, of course, has always played that role. (my emphasis) (1)

Richard Bessel in his book Germany After the First World War, suggests that the German people were looking for a father figure amid so much chaos. (10) While many had supported the overthrow of Kaiser Wilhelm, they felt like orphans with no one to protect them. In this way the time was ripe for someone to play the role. And they found that someone, or thought they did, in a man by the name of Adolf Hitler.

Many mistakenly believe that Hitler was a socialist, but he hated socialists. He only added the name to entice the masses. Prior to 1933, all newspapers and magazines referred to the party as the "fascist Brown Shirts". (11) Author of Hitler: Profiles in Power, Ian Kershaw, also reminds us that the communist party of Russia always referred to Hitler as a capitalist, and accused him of selling out to big business. (12)

But let's hope that this does not become Deja Vu:

"In a few weeks time brown shirts will again dominate the streets of German towns. ... Correspondents who dashed about Berlin while the speech blared from loud speakers reported that it seemed to be received by the populace with unusual apathy. (13)