During the 2008 election campaign, several Canadian church groups prepared kits for their members, to provide direction when choosing a candidate or party.

Those falling under the Religious Right movement, wanted only to know what party best reflected their views on abortion, homosexuality, feminists, etc., but the more established faith based organizations, wanted answers to questions dealing with social justice and human suffering. The Evangelical Fellowship of Canada (EFC) did highlight abortion as a factor, but also included questions about poverty and justice.

But KAIROS committed a mortal sin. They questioned the Harper government and his shadow cabinet of corporate executives:

KAIROS includes mainline Protestants, including the Anglican, United and Presbyterian churches, as well as Quakers, the Mennonite Central Committee (MCC), and the Evangelical Lutheran Church in Canada. The Canadian Conference of Catholic Bishops (CCCB) along with Development and Peace, the Catholic
organization tasked with promoting international justice, represent Catholics at KAIROS. Most of the KAIROS member churches and groups have also issued their own election statements or kits.

The first in a list of questions that KAIROS recommends be posed to candidates asks, "Will your party commit to the immediate ending of subsidies to oil companies and redirect these funds to energy conservation and sustainable, renewable energy?" The second question relates to aboriginal rights: "Will your party endorse the United Nations Declaration on the Rights of Indigenous Peoples and conclude treaties with Indigenous peoples that implement the rights contained in the Declaration?" (1)

"Commit to the immediate ending of subsidies to oil companies and redirect these funds to energy conservation and sustainable, renewable energy?" What were they thinking? Canada is now a petro-state, fueled by God and gasoline. You don't question either.

Charles McVety, friend of Jim Flaherty, Jason Kenney and Stockwell Day, called them left-wing ideologues, and poof, with his voice from on high, KAIROS was stripped of their funding.

Christian Week saw this as a sign of things to come.

Bev Oda, the minister responsible for CIDA, wouldn't speak to the press, but said in a statement that Kairos' work "does not meet CIDA's current priorities." In September, CIDA stated on its website it would be focusing on 20 countries under the themes of food security, children and sustainable economic growth. "As far as we know, those are priorities that are applicable to bilateral aid [aid given directly from one country to another] and not to the partnership branch," says Corkery. "So they would not be applicable to groups like us at this point unless the minister is planning to make very big changes in what CIDA's about."

John Rafferty, NDP MP for Thunder Bay, believes Kairos' advocacy on environmental issues makes it distasteful to the Harper government. Kairos has challenged the government on Canada's mining practices overseas, the side-effects of Alberta's oil industry and for dragging its feet in the lead-up to climate change talks in Copenhagen.

"You work on justice and environmental issues and Ms. Oda says, 'CIDA's not going in that direction,'" says Rafferty. "Knowing this government, it may be the first of a number of cuts." "I think that the NGO community are very fearful about this. People are phoning and saying, 'It could be me next,'" says Corkery. (2)

And they had reason to worry, because there has definitely been a change into the way that relief money is being doled out. Only religious groups who speak favourably of our prime minister, and support unbridled capitalism as the key to salvation, will see any funding.

Adding to the fury of the neo-conservative attack on the welfare state is an alliance forged with the new Christian right, which has become a force to be reckoned with in American politics. The Christian right claims to have Biblical sanction for free market economics, and prescribes moral solutions for the problems afflicting society. Poverty, unemployment, family breakdown, crime, drug addiction, pornography, sexual permissiveness would all end if people were "born again." Because the new Christian right is profoundly anti-government, it is compatible with secular neo-conservatism. Government social programs and anti-poverty campaigns are judged to be useless because all social problems are simply questions of individual morality.

Socialism and feminism are the twin enemies of the family, one because it allegedly robs families of their rightful role, the other because it takes mothers out of the home. Although the Christian right is anti-government in that it opposes the welfare state, it heartily approves of some types of government activity. The power of the state can legitimately be used to curtail individual liberty as long as the purpose is the enforcement of Christian morality, as defined by the Bible and authoritatively interpreted by the new Christian right. Values such as tolerance, pluralism, and freedom of choice are rejected in the name of a higher morality, one that "would make America great again." For the Christian right, morality is not a private but a public matter. On these grounds, it campaigns for coercive state action on such issues as abortion, homosexuality, and school prayer. Neo-conservative economics merged with moral majority values to create a potent political movement. (3)

The Harper government and Canada's religious right have borrowed from the American Republican Religious Right movement, so we can expect Canada to become a nation that rids itself of human compassion in exchange for a new inquisition. So be prepared to kneel to their god. 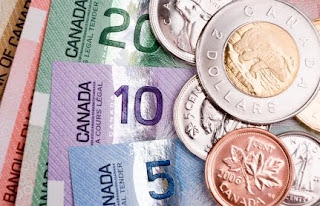 Next: The American Enterprise Institute and Canada's Neoconservatism/Religious Right