History of Christians United For Israel 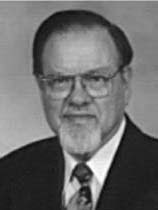 Though Christians United for Israel is now headed up by John Hagee in the United States and Charles McVety in Canada, they were not the original founders.

In the 1970's when Israeli prime minister, Menachem Begin, decided to foster a relationship with the Moral Majority (Religious Right) to act as a lobbying partner, there was a rise in Evangelical groups promoting Israel.

In 1975, riding the wave; Evangelical pastor David Allen Lewis, formed a group called Christians United for Israel, which was not really a religious organization but a registered lobbyist, just as it is today. He led regular tour groups to the "Holy Land", and continued to do so until his death in 2007.

Under Begin and later Netanyahu, the relationship continued and the American Israel Public Affairs Committee (AIPAC), begun in 1963, also gained prominence. The New York Times calls AIPAC "the most important organization affecting America's relationship with Israel." It has also been described as one of the most powerful lobbying groups in Washington, DC, and its critics have state that it acts as an agent of the Israeli government with a "stranglehold" on the US Congress. (1) And the Religious Right can be credited with much of their success.

Israel's principal Washington, DC lobby, American Israel Public Affairs Committee, also became a powerful force, and some now say while its clout in the media flows directly from Jewish network executives, publishers, journalists, and advertisers, its hold on Congress is further strengthened by "60 million Evangelical Christians" who, as lobby advertisements put it, "believe the creation of Israel is the fulfillment of God's prophecy."

There's a complication in that, which neither Israel's Jewish supporters nor the two remaining most prominent televangelist leaders of this supposed pro-Israel horde, Pat Robertson and Jerry Falwell, mention. (The other three nationally prominent pro-Israel televangelists, Oral Roberts, Jimmy Swaggart and Jim Bakker Tammy Faye's ex-husband all suffered an apparent cooling of ardor for Israel while serving jail time for unrelated sins.) The way these Charismatic Christians look at it, the "in gathering of the Jews" in Jerusalem is a necessary prelude, like the battle of Armageddon, for which they pray, to the second coming of Christ. They believe that they and others "who accept Christ as their personal Saviour" will be "raptured" into heaven, and the Jews, and probably the Christians who haven't set their watches to Christian Coalition time, will be left on earth to face "tribulations." It's not clear to this writer what these "tribulations" associated with Armaggedon are. Presumably they also await all of the four-fifths of the human race who are Buddhists, Hindus, Muslims, Theosophists and such, and to whom the British Rev. John Nelson Darby probably never gave a thought when in the 19th century he twisted fragments of Biblical prophesy into this gloomy scenario.

So U.S. support for Israel is based on America's 5 million Jews, who think Israel is a nice place to visit but wouldn't want to live there, and an earthly host of born agains who follow Pat Robertson and recently were enjoined by him to convert those Jews. (When Jewish leaders taxed him with "anti-Semitism" for trying to mess with their children's minds, he indignantly responded that it was impossible to call him anti-Semitic because he is so pro-Israel. It's not logical but nevertheless a neat defense.) (2)

But not all Israelis were happy about this relationship and things came to a head when Rev. Morris Cerullo of Worldwide Evangelism Inc. of San Diego, CA, mailed one million copies of a missionary tract entitled The Peace to Israelis in late 1996, and with a population of about 5 million Israelis, it amounted to about one copy per Jewish household.

As a result a law was drafted banning proselytizing.

In March [1998] ... the first draft of a law banning Christian missionary work in Israel ... makes it a criminal offense punishable with up to 15 years' imprisonment and subsequent deportation for foreigners "to teach or propagate Christian doctrine" in the Holy land.

Catholic or Protestant clergy, teachers or aid workers will be allowed into Israel only while traveling "in a wholly private capacity, as tourists or transients, with no public religious functions or observances included in their itinerary." Israelis have long resented Christian clergy, both the liberal kind who support Palestinian human rights, and the evangelical kind who encourage Jews to convert to their religion. (2)

This ruffled more than a few feathers on the Evangelical circuit:

Neither Pat Robertson nor Jerry Falwell, both of whom have been involved in Christian proselytizing by radio from Israel's "security zone" in southern Lebanon, and both of whom could be arrested, expelled, or even imprisoned on their next visits to Israel, could not be reached or would not comment after passage of the draft law. Others did, however.

"We see the noose of religious repression tightening all over the world," said DavidKammerdiener, executive vice president of the Southern Baptist Foreign Mission Board. "We certainly now even see it flowering in Israel." Citing American Jewish protests when the Southern Baptists adopted a resolution to support proclamation of the Gospel to the Jews," Kammerdiener said of the Jewish responses in both Israel and the U.S., "either one is an attack on liberty." (2)

And even Pastor Lewis from Christians United For Israel felt betrayed:

Even those Evangelical Christian ministers generally assumed to be receiving Israeli financial support, channeled through front organizations, found the law impossible to defend. "This bill means great hardship for Zionist evangelicals like myself," the Rev. David Allen Lewis, president of Christians United for Israel, told Spotlight, a Washington, DC national weekly frequently critical of Israel. "It will revive the argument of Christian anti-Semites who say: 'How can you support the Jewish nation when they are against Christianity?'" (2)

Not long after he abandoned CUFI and the lobbying group ceased it's operations. When Ariel Sharon became prime minister of Israel, the hard line commitment to holding on to the West Bank softened, as he took a more moderate stand. Fearing their road to Armageddon was being dug up, the Religious Right went on the attack:

As former Likud politicians such as Sharon and Olmert have moderated their stance, what has been the response of their allies in the American religious right? The response of the Christian right has been to lobby harder against any Israeli government effort to negotiate land for peace and any American effort to lead in that regard. What’s more, Pat Robertson has suggested that Sharon is in a coma because of his evacuation of Gaza settlements. Pastor Hagee has said that Hurricane Katrina happened because the Bush administration supported Sharon’s Gaza plan. (He also said it was because New Orleans was planning a gay pride parade. Poor man gets confused some times)

And Christian Zionist lobbying efforts have played no small part in the Bush administration downgrading of the conflict on the America agenda, with the result that there has been no serious negotiations in almost 8 years. There is an even darker side, to this movement of the religious right that calls itself “Christian Zionism.” Many of these groups have supported some of Israel’s most extreme and most dangerous elements with large amounts of money and legitimacy. (3)

In November of 2005, Charles McVety called John Hagee to notify him that there would be a Toronto “Night to Honour Israel” the following May. Hagee is said to have replied that “there’s no reason why we can’t do the same thing in every major city of North America.” After first seeking permission from Reverend Lewis to resurrect CUFI:

Subsequently, on February 7, 2006, 400 pastors and others joined together at Hagee’s Cornerstone Church to establish Christians United for Israel with
Christian rightist leaders Jerry Falwell and Pat Robertson prominently included and with Charles McVety named National Chairman for Canada. Others in the Canadian group are John Howarth (Executive Director), who is on the faculty of McVety’s college, Reverend John Tweedie of Brampton (National Chairman) and Reverend Dean Bye of Centralia, Ontario. (4)

This brings us to the present. Netanyahu is back in power, CUFI has been reborn and John Hagee has said of Stephen Harper: "God has promised to bless the man, the church, the nation that blesses the Jewish people." (5)

But as Rabbi Broitman points out:

Zionism is the movement for Jews to take control over our own history and destiny. Christian Zionism, as the religious right has formulated it, is an attempt to move us toward an end-time where Jews are lacking any power other than being passive actors in someone else’s prophetic drama. I do not doubt that the majority of evangelicals have a sincere love and concern for Israel and for Jews, whom they deeply believe are God’s chosen. Many of their leaders, however, have taken this love in the wrong direction. We do not want to be loved, so to speak, to death. (3)

Next: John Hagee and Christians United for Israel

2. Netanyahu Coalition and Evangelical Christians Are on Collision Course, By Nathan Jones. Washington Report on the Middle East, July 1997, pgs. 50-54

3. A critical analysis of the Jewish alliance with the Christian Right regarding Israel, By Rabbi Caryn Broitman, Yom Kippur 2008

5. Stephen Harper and the Theo-cons: The rising clout of Canada's religious right, By Marci McDonald, The Walrus, October 2006