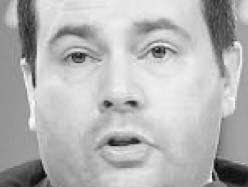 A CULTURE OF DEFIANCE: History of the Reform-Conservative Party of Canada
In an attempt to figure out Jason Kenney, who is an anomaly to say the least; I thought I'd go back to the beginning and work my way up, rather than the other way round. There's not a lot of information about his past, but I think there's enough.
So this is the start of what will eventually be edited into at least one chapter of my e-book.
The Early Years
What we know is that he was born May 30, 1968 in Oakville, Ontario, and from there moved to Winnipeg, Manitoba. At the age of six, his father accepted a position as President of Athol Murray College of Notre Dame, in the small community of Wilmox, Saskatchewan. The schools' founder, Pere Athol Murray, had passed away the year before, and the school's finances were in a shambles.
However, Mr. Kenney was able to raise enough funds to save the school and turned it into a highly respected academic institution.

"He was always an impressive man ... [former colleague] Ryan said. "When he walked in a room, everyone knew he was there. He had an aura about him. When he took over, Notre Dame was a struggling enterprise. He got it back on its feet."(1)

He also developed an excellent athletics program that included a competitive junior hockey team, that churned out the likes of Wendell Clark, Curtis Joseph and Brind'Amour. Highly respected Mr. Kenney passed away in April of this year. (1)
Despite how I feel about Jason Kenney's actions, he does have an excellent work ethic, and he obviously came by that naturally.
Jason's mother Lynn is still living, as are two brothers; Martin Jr*. and David.
Kenney attended his father's school, which according to their literature: is a "... safe, rural environment ... a unique setting for personal growth with minimal distractions." Perhaps it were those "minimal distractions" that account for his narrow minded views today, though I suspect it was his post-secondary education that had more of an impact.
St. Ignatius Institute
After graduating from Athol Murray, Jason Kenney headed to San Francisco, where he enrolled in the humanities program at St. Ignatius Insitute. According to author Trevor Harrison, it was "where he came under the influence of some of America's leading neoconservative theorists." (2)
Indeed the college was a hotbead for neoconservative ideals at the time, and was described as a "... lightning rod of controversy ... [the] traditionalist approach itself provoked controversy. Some members of the university criticized what one scholar called a "parti pris" approach to education with a narrow Catholic — mostly papal — perspective and their chaplain, Fr. Cornelius M. Buckley was criticized for fostering "...a cult-like following".**
Next: Educating Jason Kenney: St. Ignatius Institute
Footnotes:
*Martin may have run in the provincial election in 1991, for the riding of Qu’Appelle-Lumsden, finishing third to NDP Suzanne Murray (Suzanne Murray NDP 4907, Dawn Garner Lib 2827, Martin Kenney PC 2426)
**Wikipedia
Sources:
1. Former Athol Murray College of Notre Dame president Martin Kenney dies at 78, By IAN HAMILTON, Leader-Post, April 14, 2010
2. Requiem for a Lightweight: Stockwell Day and Image Politics, By Trevor Harrison, Black Rose Books, 2002, ISBN: 1-55164-206-9, Pg. 47
Posted by Emily Dee at 8:50 AM