Maurice Vellacott and the Culture of Christianity 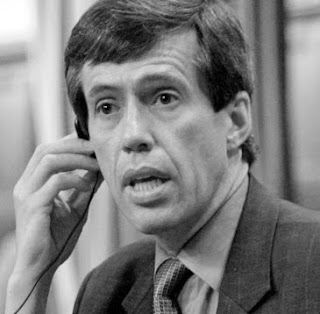 In 1996, a very pregnant, 40 year old Bettye Joyce Beal from St. Louis, slipped and fell in her home, and as a result lost a lot of blood. When she arrived at hospital it was determined that the baby in her womb was not getting the blood and oxygen it needed, and therefore, the doctor on duty recommended a transfusion.

However, Beal declined treatment, because as a Jehovah's Wittiness, blood transfusions were against her religion. The hospital sought a court order, but by the time it was received, the woman and her unborn son had died. (1)

According to their website: "Jehovah's Witnesses condemn abortion, teaching that life begins at conception and life is sacred to Jehovah."

This is a perfect example of religious beliefs in conflict, not only with state's laws, but laws within a religious sect.

Maurice Vellacott has on many occasions tried to push through a bill allowing health care workers to refuse to provide medical assistance if certain procedures were against their religious beliefs. Of course, we know that this was just another attempt at criminalising abortion and clearly Vellacott had not thought this through.

If a health care worker's religious beliefs prevent them from doing their job, they need to find a different profession. There are far too many varying religious beliefs in this country to accommodate them all.

I was recently berated by Vellacott's legislative assistant Timothy Bloedow because I questioned his boss's education. At issue was the use of the term 'doctor', since Vellacott does not hold a PhD, but a religious doctorate, which makes him well qualified to act as a pastor. Fair enough.

I kind of like Mr. Bloedow because he keeps me on my toes.

However, at issue here, is whether Vellacott is qualified to act as a Member of Parliament in Canada, and it's not his education that is the problem, but his interpretation of religion. The Religious Right, to which he is a card carrying member, have created a culture of Christianity, based on a few talking points.

The various think tanks and non-profit organizations that operate within this "culture" or "sub-culture", do all the thinking, and rather than leading their followers toward an understanding of faith, they lead them through a mimicking of faith. 'Just do what our pamphlets tell you to do, and leave the rest to us. And please make your cheques payable to ....'

In fact if Canadians really lived by the infallible word of the Bible we would probably be arrested. The late Charles Templeton, a former televangelist, who even toured with Billy Graham, provides an example in the story of Abram and his wife Sarai.

And there was a famine in the land: and Abram went down into Egypt to sojourn there; for the famine was grievous in the land. And it came to pass, when he was come near to enter into Egypt, that he said unto Sarai his wife, Behold now, I know that thou art a fair woman to look upon: Therefore it shall come to pass, when the Egyptians shall see thee, that they shall say, This is his wife: and they will kill me, but they will save thee alive. Say, I pray thee, thou art my sister: that it may be well with me for thy sake; and my soul shall live because of thee.

And it came to pass, that, when Abram was come into Egypt, the Egyptians beheld the woman that she was very fair. The princes also of Pharaoh saw her, and commended her before Pharaoh: and the woman was taken into Pharaoh's house. And he entreated Abram well for her sake: and he had sheep, and oxen, and he asses, and menservants, and maidservants, and she asses, and camels. (2)

Templeton suggests that this speaks to the morality of God, which would be astonishing by today's standards. Abram pimped out his wife to save his life, while enjoying the rewards of the arrangement.

Could I then set up a brothel and claim that it is based on the Bible?

The Old Testament is filled with stories like that, that speak of a vengeful and immoral God, so why would we want to have our laws based on Biblical principles?

The Religious Right use their faith as a weapon, and have established imaginary enemies. They believe they are being victimized because of their beliefs, but they are not the victims here. In fact I think the biggest victim of this new political movement is Christianity itself, because they've turned it into the most unwelcoming religion on the planet.

As a politician, Maurice Vellacott makes a great preacher. As a preacher he makes a lousy politician. The two can mix, but he has not sought to find the formula. Next election, the progressives in his riding must work together to remove him from office, because not only does he not represent Canadian values, he does not represent Christian values.

He is not the only poster child for the need to separate church and state, but he is definitely one of them.