A Deceptive Democracy: Witch Hunts are Now a Spectator Sport 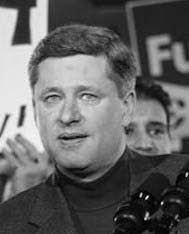 “Totalitarianism is never content to rule by external means, namely, through the state and a machinery of violence; thanks to its peculiar ideology and the role assigned to it in this apparatus of coercion, totalitarianism has discovered a means of dominating and terrorizing human beings from within.” Hannah Arendt

Each visit would begin in more or less the same way, usually early in the morning or late at night, as a CSIS agent would ring the doorbell and flash his credentials.

Then the questions would begin: How long have you known Stefan Christoff ? Is Stefan Christoff an anarchist? Is he planning to protest at the G8 summit? But it's only when Canadian Security Intelligence Service agents continued to drop in on Christoff's friends and acquaintances, after the Vancouver Olympics and now into summit season, that the local activist became alarmed. "The first couple of visits were disconcerting, but now it has become a pattern," said Christoff, 29, a vocal opponent of the Harper government and an advocate for human rights. (1)

U.S. journalist Amy Goodman said she was stopped at a Canadian border crossing south of Vancouver on Wednesday and questioned for 90 minutes by authorities concerned she was coming to Canada to speak against the Olympics. Goodman, 52, known for her views opposing the wars in Iraq and Afghanistan, told CBC News on Thursday that Canadian border agents asked her repeatedly what subjects she would cover at scheduled speaking engagements in Vancouver and Victoria.

Goodman said her car was searched and the officials demanded to look at her notes and her computer. Goodman is best known as the principal host of Democracy Now, a U.S. syndicated radio broadcast. She was coming to Canada as part of a tour to promote a new book, Breaking The Sound Barrier. "I am deeply concerned that as a journalist I would be flagged and that the concern – the major concern – was the content of my speech," said Goodman. (2)

In the US, a new model of law enforcement has emerged in which police, military, security contractors and large corporations are collaborating on intelligence gathering. Are the 2010 Olympics ushering this new paradigm into Canada? ... “The safety and security of the 2010 Olympics and the United States is at risk if we do not take direct action,” testified Jeffery Slotnick, a member of the committee, at a Congressional hearing on Olympics security in March 2008. Video of the hearing showed Slotnick wearing a dark blue suit and glasses. His bald head and black moustache hinted at the decades he spent in the military. He is president of Setracon Inc., a Tacoma, Washington-based company that contracts out security personnel and trains private security, military and police.

... “[The] private sector has tremendous awareness of what is going on... the opportunity to share in both directions is key and critical,” said Slotnick, emphasizing the need for corporate involvement in intelligence gathering for the
Vancouver Olympics.

“I am sure the data [US] companies collect on Canadian citizens is routinely shared with their headquarters in the United States,” he said. “Is consumer information being collected in Canada that is shared across the border and [then] being brought back to [Canadian] law enforcement in violation of privacy regulations? If the answer is 'we don't know', that's a problem, and if the answer is 'we don't think so', that is still a problem. Because nobody is overseeing these intelligence activities it makes it very difficult to know the extent of the abuse.” (3)

“A Vancouver man has won an out-of-court settlement from the RCMP after an incident in which he says he was illegally searched by an American police officer.” The incident occurred when “David Laing was driving on a highway near Hope, B.C., when he was pulled over by a man with a heavy Texas accent,” who then told Laing that “it was a British Columbia road check. And he asked for driver's licence and vehicle registration.” The article quoted Laing as saying, “I'm being pulled over and given directions by an American who won't identify himself.” It just so happened that Laing was also a police officer in Vancouver, and so he “refused to let the officers search his car. Under Canadian law, police officers don't have the right to perform that kind of search.” The CBC further reported that, “The American was a Texas state trooper working with a member of the Hope detachment of the RCMP.”

After giving Laing a ticket for having two different addresses for his insurance and registration, “a different RCMP officer and Texas trooper stopped his car, decided he was driving under the influence of marijuana, and searched his vehicle and two-year-old son,” and “The police found no drugs and despite saying he was impaired just moments earlier, let him go" The report then went on to explain that “The Texas state troopers were in B.C. as part of an exchange program with the RCMP to spot and stop drug traffickers. Called Pipeline Convoy, the program involves training officers to detect people who are lying or trying to hide things from police.” Further, “The RCMP settled with Laing out of court when he threatened to sue for unlawful detention. But the Mounties defend the search, saying Laing looked suspicious because his eyelashes were fluttering and his eyes were flashing.” (4)

Dear folks in Canada; I have been banned from entering Canada for the next year by Canadian authorities, as of April 25th, 2007. I thought I'd shoot off some initial thoughts on the subject since many people are curious, and since I think it's pretty outrageous behavior on the part of the Canadian government. I made many trips to Canada throughout the 1990's and was waved through every time, as far as I recall. Having a US passport generally makes international travel embarrassingly easy (as with other passports of First World countries). And still up to this day, at border after border around the world, the agent will usually ask me how long I'm staying, I respond, and my passport is stamped and I'm through .... there have been suggestions that this one-year ban may be related to my support for the Palestinian struggle. (5)

Medea and I had been denied entry to Canada at the Niagara Falls border crossing on October 3, 2007, because we had been convicted in the United States of peaceful, non-violent protests against the war on Iraq, including sitting on the sidewalk in front of the White House with 400 others, speaking out against torture during Congressional hearings, and other misdemeanors.

The Canadian government knew of these offenses as they now have access to the FBI’s National Crime Information database on which we are listed. The database was created to identify members of violent gangs and terrorist organizations, foreign fugitives, patrol violators and sex offenders - not for peace activists peacefully protesting illegal actions of their government. (6)

A U.S. citizen and anti-war activist has been barred from Canada for two years for lying by omission when she tried to cross the border into Canada the second time in the same day, an adjudicator with the Immigration and Refugee Board ruled Wednesday.... Bodine, a 22-year-old resident of Broomfield, Colo., who graduated from the University of British Columbia, had spent the past seven weeks in Canada. She was arrested Sept. 18 after she drove to the border to try to retrieve some of her belongings and anti-war literature that was confiscated as she tried to enter Canada for the second time. (7)

I am suddenly feeling my cherished Canadian sense of liberty being chipped away ... I can't criticize the government of Israel, even when it is extremist, chauvinistic, racist and brutal without being labelled a self-hating Jew, or –who knows? – maybe even an anti-Semite. An unholy alliance between the Jewish establishment, which does not represent the views of thousands of Canadian Jews, and the Harper government, which does not represent the views of a majority of Canadians, has created a new code of free speech for Canadians: We are not permitted the same standards of conduct to Israel as we do to all other countries in the world without being charged with anti-Semitism.

... And I apparently can't write this column critical of the International Olympics Committee without the threat that mysterious police officials will question me, my family and friends about whether I'm a danger to – who knows what? That's exactly what's happened to other critics. This kind of harassment, persecution, arbitrariness, authoritarianism and suppression of ordinary Charter rights is only too accurate a reflection of what the Olympics – athletes aside – seems really all about. (8)

Danika Surm, friend of open anti-Olympic protester Chris Shaw, claims she was approached by two plainclothed Olympic security officers and questioned about her friendship with an anti-Olympic protester. Surm said “she was on her way to class at a south Vancouver campus when she was approached by two plainclothed police officers with the Integrated Security Unit, the force in charge of Olympic security. The two officers questioned her about her friendship with Chris, who teaches neuroscience at the University of British Columbia, and what she knew about his plans to protest against the Olympics in February. The R.C.M.P. then did the same thing to Chris Shaw’s ex-wife, even though the two haven’t been married for 15 years. (9)

"I am a Canadian, free to speak without fear, free to worship in my own way, free to stand for what I think right, free to oppose what I believe wrong, or free to choose those who shall govern my country. This heritage of freedom I pledge to uphold for myself and all mankind." John G. Diefenbaker

1. When CSIS rings your doorbell: With the G20 Summit approaching, political activists accuse the federal spy agency of trying to undermine democracy and freedom of speech. So far, 28 have been interviewed by agents, By Catherine Solyom, The Gazette June 11, 2010

3. The Business of Intelligence: Corporate intelligence-gathering harkens, by Tim Groves, The Dominion, November 3, 2009

4. A Vancouver Cop wins RCMP settlement after highway search by Texan Trooper, RCMP Watch: Who is keeping them accountable?, January 28, 2006

6. Banned From Canada for a Year for War Protest By Ann Wright, Truthout, October 30, 2007