Jason Kenney and the Christian Coalition 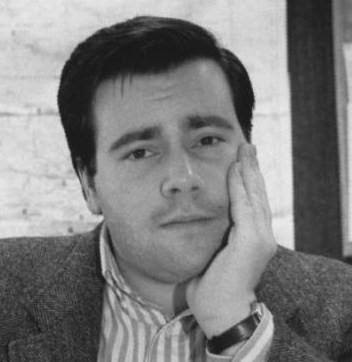 When Pat Robertson and other televangelists preached the gospel of Christian nationalism, God and flag firmly entwined, that audience cheered the idea of a government run by conservative Christians according to the time-tested verities of the Bible, even if they didn't fully grasp its theocratic implications.

When Robertson's campaign flamed out, political analysts served up a new round of obituaries for the religious right, but once again, the reports of its death proved premature. Even as Robertson nursed a wounded ego, he was hatching his organizational revenge, hiring a fresh-faced young doctoral student named Ralph Reed to build a grass-roots evangelical network, focusing first on the takeover of school boards and town councils before ultimately commandeering the machinery of the Republican National Committee itself. That institutional coup took place almost entirely beneath the media's radar, and by the time it finally caught their attention, Reed's Christian Coalition controlled both houses of Congress and would later play a major role in putting George W. Bush in the White House, not once but twice. (1)

First off I want to say how proud I am of being asked to write for both the Religious Right Alert and Canadians Rallying to Unseat Stephen Harper. These two groups are doing an amazing job of exposing the Harper government and the enormous influence of not only the American Religious Right, who are camped out on Parliament Hill, but also the corruption that is increasing behind the scenes, of a government that has been allowed to operate in almost total secrecy.

Random House has allowed the latter group to provide the first chapter of Marci McDonald's book The Armageddon Factor, which is proving to be only the tip of the iceberg. You can read it here.

What surprised me, and even more so now; is how Jason Kenney has been able to fly under the radar. McDonald mentions him in relation to cutting the funding to the faith-based social activist group KAIROS and the Cristian Zionists who are pushing for a nuclear holocaust in the Middle East. But what I've recently discovered is that Jason Kenney is much more involved than that.

I suppose given the fact that he headed up Stockwell Day's leadership campaign and hangs out with some of the most notorious American right-wingers like David Frum and Alykhan Velshi, both players in the Bush administration, should have given us a hint.

Trevor Harrison in his biography of Stockwell Day (2), mentions that Kenney came under the influence of the American Conservative movement while attending St. Ignatius in San Francisco, but I'm only now discovering what that means.

McDonald mentions how Roy Beyer, the man who set up the Families for Day website during his leadership bid in 2000, and Brian Rushfeldt, co-founder of Charles McVety's Canada Family Action Coalition, visited Ralph Reed the founder of the Christian Coalition in the United States, to learn how to create the same here. But what she appears not to have known was that Jason Kenney was also involved in that.

... Even more ominous for democratic rights in [British Columbia] is the recent hatching of the B.C. clone of Pat Robertson's Christian Coalition. With 1.7 million active members and a $25 million (US) annual budget, the U.S. organization has become a formidable lobbying force in American politics, installing its anti-choice, anti-gay agenda and candidates at all levels of government, from school boards to Congress.

The B.C. chapter is headed up by Operation Rescue activist Don Spratt, and claims among its founding board members former B.C. Premier and ardent anti-choicer Bill Vander Zalm. In an opinion piece in the Vancouver Sun, Spratt insisted (somewhat oxymoronically) "We have no ties with our U.S. counterpart." However, according to news reports, the Christian Coalition of Canada materialized after dozens of conservative Christians in this country thronged to Washington, DC, last fall to attend a major convention of the U.S. organization.

"Advisors" to the new CCC reportedly include Ted and Link Byfield (owners of the ultra-conservative B.C. Report and Alberta Report magazines), Jason Kenny (head of the Canadian Taxpayers Association), and Alex Parachin (head of the Christian Broadcasting Associates in Toronto, the Canadian branch plant of Pat Robertson's Christian Broadcasting Network).

B.C. is particularly fertile ground for conservative Christians, according to CCC activist and organizer Jim Garrow (who heads the Ontario-based National Parents Coalition), hence B.C.'s status as the first provincial wing of the CCC. Alberta and Ontario are predicted to be next in line.

The B.C. chapter is sure to be a factor in the upcoming election, giving a boost to Reform Party candidates and any others who will go on record opposing abortion. The effect will likely be greatest in Surrey and the rest of the bible belt east of Vancouver. (Surrey is home to the taxpayer- funded "Traditional School" which opened last year after much campaigning from Surrey school trustee and clinic blockader Robert Pickering. Pickering scored another victory for the Religious Right this February when his motion to ban Planned Parenthood from all sex education programs in the district passed.) While Don Spratt may be telling readers "Nobody has anything to fear from Christian Coalition," progressive activists and journalists will have to make sure the electorate knows better. (3)

That was written in 1996 and Jason Kenney became a Member of Parliament the following year, in the "Reform Party boost". How did the media miss this?

And in 2000, the Canada Family Action Coalition (McVety/Rushfeldt/Beyers), were scoring a victory on their website, with the successful bid for leadership by Stockwell Day.

Many Alliance insiders view Beyer's CFAC as the so-con group to watch -- or watch out for. Formed 3 1/2 years ago, it now claims to have close to 10,000 members. Some older groups that share the same ideological turf, such as Focus on the Family and the Evangelical Fellowship of Canada, are charities. To keep that status for tax purposes, they are restricted from direct political action. But CFAC is a nonprofit group, and operates freely in the political arena. Officially, it is non-partisan. But Beyer, a Pentecostal minister in Edmonton, took time off from CFAC to organize Families for Day, which threw substantial support behind the former Alberta treasurer in his winning leadership bid. Beyer estimates the organization signed up at least 6,500 new party members who voted for Day, about equal to his final margin of victory.

... Expect that election to feature so-cons out in force. Beyer says CFAC's model for political action is the Canadian Taxpayers Federation (Jason Kenney had been president of this group). The federation, founded in 1990, emerged as a tenacious voice in keeping lower-taxes, less-spending themes on federal and provincial election agendas. And between campaigns, its offices in the capitals of all four western provinces and Ottawa keep the pressure on. (4)

I often learn more about what the Canadian Religious Right are doing from visiting the websites of their American counterparts, and a recent piece celebrates an impending victory: The end of Canada's free health care.

While Democrats in Washington have been busy putting greater government controls on health care in America, (and putting taxpayers on the hook for more health care related expenses), our neighbors to the north are taking a hard look at the costs associated with their government funded system. Why? Because the population is aging, and reality is beginning to set in concerning the government's financial ability to keep delivering on the commitment of "free health care". (5)

The Religious Right are about more than just ending abortion and gay rights. It's a complete overhaul. We need to start paying attention, since clearly our media is not.

3. The Christian Coalition Comes to Canada, by Kim Goldberg, The Albion Monitor, May 5, 1996

4. Emboldened by Stockwell Day, Social conservatives are on the march, By John Geddes and Rima Kar, September 11, 2000