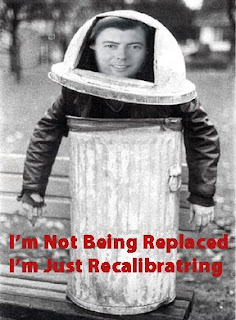 "Rob is a true reformer and a true conservative. He has been a faithful supporter of mine and I am grateful for his work." Stephen Harper

Rob Anders first won the Calgary West riding for the Reformers in 1997, after Stephen Harper stepped aside to run the National Citizens Coalition. Anders was also with the NCC, acting as the director of Canadians Against Forced Unionism.

A strong social conservative, he also belongs to James Dobson's Focus on the Family, (an offshoot of the Council for National Policy); Charles McVety's Canada Family Action Coalition and the Right-wing Fraser Institute.

It would appear that the riding association in Calgary West is not so thrilled with his performance and negative imaging, and have been trying to oust him.

Rob Anders and Donna Kennedy-Glans don’t agree on much, but they agree on at least one thing: they haven’t seen much of each other since Anders was first elected in Calgary West under the Reform banner in 1997.

“There’s no sense of relationship with the MP,” says Kennedy-Glans, a corporate lawyer and former Nexen vice-president. Like many other political observers, she describes Anders as a lacklustre representative who’s inaccessible, narrow-minded and lacking in empathy. “It’s been really hard to get involved in federal politics in this riding for the last little while,” says Kennedy-Glans, who’s lived in Calgary West for almost 25 years. “I’m finding that’s where a lot of people are at." (1)

This wasn't the first time they tried to get rid of Anders, yet Stephen Harper has gone to enormous lengths to hold onto him, even having the national party change the rules just to accommodate him.

And yet Harper himself stated that he would not play politics like this. So why such an interest in an MP who has been called an embarrassment by his own constituents? According to a posting on the National Citizens Coalition's own website:

I think Harper should be paying attention to the riding of Calgary West where Rob Anders continues to be our candidate despite a big show of unhappiness in the electorate. Maybe the NCC should look into the political shenanigans that the cabinet has pursued in order to keep Anders in the seat despite the fact that after three elections the cabinet doesn’t think Anders is worthy of an important position in the conservative ranks. Perhaps there are other ridings with similar problems. We want a riding election for our candidate, not a shoe-in organized by cabinet "new rules."

There are indeed "other ridings with similar problems", including:

I suspect it's Ander's ties to so many groups who have been pivotal to Harper's success, from Focus on the Family to the Progressive Group of Independent Businesses. He couldn't fire him even if he wanted to, or there would be hell to pay.

Next: Craig Chandler, Rob Anders and the Progressive Group for Independent Business