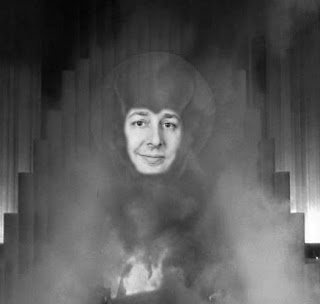 Minister, why should taxpayers be involved in this plot to fund your re-election campaign? Minister, you're wasting $42 million of taxpayer dollars on PC Party propaganda. It doesn't matter how you slice it and how you dice it, that's what it's all about.

Answer: There's nothing that I think is more important than communicating to the public about major changes that are taking place

Question: $42 million could have bought three million new spelling books that are desperately needed by Ontario children. It could have kept 161 schools open - 161 of the 600 that you have chosen to close. It could have been used to hire 840 new teachers to help keep class sizes down and to help our students get more assistance with their education. Finally, what it could have done, $42 million, is allow 24,096 adults to go back to school to an adult day program.

Answer: "... for government advertising there is a role that we believe should be informing the public. There are major changes taking place; they should be informed of that."

Question: This is about your government spending millions of dollars on useless, disgusting, partisan, political propaganda while patients wait in hospitals and some of them die. That's what it's about.

That question was never answered, so was asked again twice. All they got was more partisan chest thumping.

I think I've struck a nerve. I've asked the minister twice now to justify the spending of $4 million on these outrageous propaganda ads, and we haven't received an answer from him yet. Minister, if we go back just to September 1 - first to your education propaganda, now your health care propaganda and then your welfare propaganda that people are receiving in the mail - it's $10 million in less than two months. That's $10 million wasted on propaganda. (1)

The above comes from the Ontario Legislature in the fall of 1998, when Mike Harris was premier. Not answering questions was the norm. Wasting tax dollars on self promotion was the norm. Gutting the provinces social safety net was the norm.

And one man was given most of the credit, not only for the slashing, but for the propaganda. He was the man behind the curtain who operated in the shadows. His name was Guy Giorno.

Things got so bad that a group of nuns were forced to write the premier.

The St. Joseph Sisters - "We objected to the dismantling of Ontario's safety net to no avail. We have protested and watched in horror as our history of excellence in health care has been reduced to minimal and inadequate levels. We cry out once again as this unresponsive government has run roughshod over the will of the people and the future of children." (2)

Giorno claims to be a devout Catholic, so I don't know if he felt a tinge of remorse or not. Probably not because his radical right agenda has not slowed down. My mother on more than one occasion, said that I was enough to make a saint swear, but I don't think I ever made a group of nuns cry.

But like Jason Kenney, Giorno opposes Vatican II, that sought to modernize the Catholic church, putting their focus on social justice; and now worships on the altar of greed and vengefulness, with large money pouches sewn inside his ecclesiastical robes, that only corporations have access to. And yet those pouches are stuffed to the seams with our money. I think those nuns still weep.

Guy Giorno-- or Double G, as he's known in government circles -- is probably the most powerful man you've never heard of. The 44-year-old former lawyer is the Prime Minister's chief of staff, a position he also used to fill for former Ontario premier Mike Harris. He is closer to the Prime Minister than any other individual in government and his counsel is sought on decisions that affect millions of people and billions of dollars. (3)

We recently learned that the waste of millions and millions of tax dollars by the Harper government to run self promotion television ads, was authorized by none other than Guy Giorno. Like Karl Rove with George Bush, Giorno clearly has all the power in this country. Stephen Harper doesn't even go the bathroom without asking his guru what toilet paper to use.

Giorno advised Harris to stick to Charmin. With Harper it's one hundred dollar bills, carefully stitched together by Irish monks in the hills of Lackagarrin.

And for a little Deja Vu:

The advertising blitz includes everything from $110,000 in newspaper ads for the Agriculture Department's slaughterhouse improvement program to the $44,000 spent to wrap two Go Transit commuter trains in the Toronto area with the distinctive green and blue EAP logo.

While the effectiveness of the billions in stimulus spending in creating jobs is being debated, the government's advertising splurge has at least provided a short-term boost to the media industry. Overall, the government is slated to spend about $11 million on ads in newspapers and magazines and $30 million on radio and TV spots, an Ottawa Citizen review of government documents found .... Critics charge that the promotion of the unprecedented government spending is a form of political advertising but the government defends the ads as critical to communicating with Canadians as the country navigates its way out of the economic downturn. (4)

Add the cost of signs to that number and it is closer to 100 million dollars, all spending engineered by Guy Giorno. And the response by this government is eerily similar to the response of the Harris government. Not by accident. The message may be old but it has stood the test of time.

And basing spending decisions on how it affects the party's polling numbers and not the citizens, also appears to have stood the test of time:

On the other hand, senior Tories credit Giorno as a key architect of last year’s budget, and the aggressive marketing of it as “Canada’s Economic Action Plan”—a springboard for the Conservatives’ bounce in the polls this spring. (5)

One comment at the end of the article expresses my feelings exactly: "Senior Tories credit Giorno as a key architect of last year’s budget, and the aggressive marketing of it as “Canada’s Economic Action Plan" Thanks, now I know who to blame. Nothing could be more irritating to me than those ads during the Olympics and think about those tax dollars whooshing down the drain."

But there is something else we should fear from the man who makes nuns weep. During their daily briefings with Mike Harris "Guy Giorno would report on how long-term plans were proceeding." (6)

I think it's time he filled Canadians in on his "long-term plans", since he has Stephen Harper muzzled and pressed into a cardboard cut-out. Don't you?

5. Guy Giorno: national man of mystery: PM’s chief of staff target for blame, but insiders say he gets big things right, by John Geddes on May 31, 2010