John Baird and Kimberley Rogers: Why Neoconservatism is Wrong for Canada 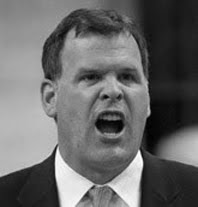 When Mike Harris first came to power in Ontario in 1995, he waged war against the province's poor, blaming them for everything that was wrong with our economy.

We had just come off a double dip recession and thousands of jobs had been lost to Free Trade, but the enemies were the poor who were "bleeding" us dry.

As part of the Made in America, "Common Sense Revolution", the Harrisites proclaimed that able-bodied people must work for their benefits. Ironically, many welfare recipients voted for Harris (1) believing that he was going to find them jobs, something most of them preferred. But that was not the case. They were left on their own to find employment that didn't exist, which is how they found themselves on welfare in the first place.

It was a horrible time. There were Big Brotherish signs everywhere, encouraging neighbours and family to "turn people in". Rewards were offered and a culture of fear and mistrust was created. Mike Harris wanted all welfare recipients finger printed and John Baird wanted to conduct drug tests before they received their cheques. He even put on a ridiculous public display, pouring out hypodermic needles on a table for the media, claiming that the poor would no longer be able to shoot their payments up their arms.

They had already reduced benefits by 22% when Tony Clement rewrote the "Tenant Protection Act" in favour of landlords, in order to kill rent control and make it easier to evict tenants, driving even more people into the streets. It was like living under the Gestapo.

But the saddest story of this period, was that of Kimberley Rogers, who was single and pregnant and trying to better herself, so that she would be a position to care for her child. She wanted off the welfare rolls so was taking classes at Cambrian College in Sudbury and was a straight-A student.

But in order to afford to do this, she had to take out student loans. I wouldn't class loans as income, but John Baird did, and had the woman charged when he found out that she was also receiving social assistance. As a result, she was sentenced to six-months house arrest, and confined to a second floor apartment except for three hours a week. Her welfare benefits were cut off and she was ordered to repay the government more than $13,000.

'I ran out of food this weekend. I am unable to sleep. . . . I am very upset and I cry all the time.' Kimberly Rogers wrote these words in her court appeal in May. Three months later, 40 years old and eight months pregnant, she was found dead in the Sudbury, Ont., apartment where she had been confined 24 hours a day for the crime of taking student loans while on welfare. (2)

This was May 14, 2001, when Rogers launched a case under the Charter of Rights that challenged the constitutional validity of Ontario Works regulations that suspended benefits after a conviction of welfare fraud. She was able to have her welfare benefits reinstated May 31, but the court had yet to rule on her challenge at the time of her death. (3)

The Globe described her living conditions throughout this ordeal:

It's a 21st-century Dickens story. There's not much to look at out the narrow second-floor window of 286 Hazel St. in downtown Sudbury. The back yard is a grey gravel driveway strewn with litter. There's a rusted black Ford that looks as though it's been up on blocks for a decade, and a yellowed dishwasher that someone discarded years ago. And overlooking it is the ramshackle two-storey, five-tenant apartment building where Kimberly Rogers, perhaps Ontario's best-known welfare recipient, spent almost every hour of the past three months ... this is where the 40-year-old expecting mother and straight-A recent college graduate spent her last days ..

Her body wasn't found for two days. Eight months pregnant, she was trapped inside her sweltering apartment for the duration of a record-setting heat wave. Temperatures were above 30 degrees for six days in a row the week she died. "It was like a sauna in there," Amanda Chodura of Sudbury's Elizabeth Fry Society, who frequently visited with Rogers, told The Globe and Mail. Rogers's crime was one only a poor person could be convicted of.

"I have no one to turn to for money or a home if I am evicted," she said. "If I were evicted, I would have to go to a shelter. I would have no money to pay for storage of my belongings, and fear that I could lose everything." She worried about where every meal would come from, and feared for the future of her unborn child. (2)

Sadly, her unborn child had no future, as he perished with his mother. "John Baird has said he cannot comment on the case, which he calls "a regrettable occurrence".... " (2)

"A regrettable occurrence". They had a lot of those, from Dudley George to Walkerton. All victims of a neoconservative agenda.

So when I read the story of another single mom being denied human compassion, it brought back the story of Kimberly Rodgers and why neoconservatism is the wrong fit for Canada:

A Moncton, N.B., single mother who is off work as she helps her two-year-old son recover from brain surgery is fighting the federal government's decision to deny her employment insurance benefits. Tricia Moran's two-year-old son Brayden has a rare condition, which causes cavernous malformations to grow on the outer surface of his brain. Two of these growths became so large that Brayden needed brain surgery last month to remove them. While his skull heals, he can't go to daycare out of fear that a knock in the head could cause seizures.

Brayden, 2, has a rare condition, which causes cavernous malformations to grow on the outer surface of his brain. Moran, armed with notes from her doctor, her son's neurosurgeon, and her employer stating her job is waiting for her when she is able to return, applied for sickness leave under employment insurance, citing stress. "I applied for the EI insurance, and they called me on July 14 and told me that I was denied because I wasn't the one that was sick, and the only reason that I was home was to care for my sick son, so they said I didn't qualify for it," Moran
said.

And I think that if we really want to understand where John Baird was coming from, claiming to be only protecting taxpayer's "hard-earned" money, we need to look at his involvement with Anderson Consulting, and Baird's attempt to privatize social services. Andersons changed their name to Accenture after the Enron Scandal.

The Canadian Province of Ontario's contract for social services delivery, essentially privatized welfare during the duration of the contract (which was to be for 4 years, but has gone over that limit by more than a year). As of March 2002, Accenture has been paid $246 million (CND) to do this "overhaul of the Ontario welfare service", even though the original estimate was $50 - $70 million and the project was eventually capped at $180 million. At one point, Accenture billed taxpayers $26,000 in unreceipted out of pocket expenses and Accenture management was paid up to $575/hour. In 1999, a year after the Auditor General of Ontario put out a scathing report on the contract, hourly rates paid to Accenture management actually rose (3%), rather than being cut. After this, the government was forced to finally renegotiate a cut to Accenture's billing rates. The Ontario government cut welfare payments to $355.71 per child in poverty and fired massive numbers of social service workers, making this contract essentially a transfer from those in need to those in Accenture. (4)

Accenture has a huge, problem-filled contract, to 'streamline' the delivery of welfare in Ontario. In 2000 and 2001, Accenture gave $20,000 Canadian to the governing Tories. Interestingly, they started making donations to the Tories only after the Tory government's Accenture contract was given a scathing review by the Provincial auditor, and they were forced to renegotiate the contract. Said Deputy Liberal Leader Sandra Pupatello: "They [Accenture] were fearing that they were going to lose the contract altogether because the government was taking far too much heat on this contract. Then, suddenly, they started contributing to the PC Coffers" (5)

And yet no one from Accenture or the Harris government were ever put under house arrest, despite the fact that they stole more money than Ms Rodgers or her unborn child ever could. Why is that?