In November of 2009, Reform-Conservative MP for Humboldt, Saskatchewan, Brad Trost; circulated a petition calling for a stop to federal funding of the International Planned Parenthood Federation.

Brad Trost is going after International Planned Parenthood Federation (IPPF), an agency that not only is trying to prevent unwanted pregnancies in this overcrowded world, but also diseases like AIDs ... Thankfully, Canadian governments, both Conservative and Liberal, have supported the good work of IPPF, realizing the overall good of the agency outweighs any political agendas. Trost, it appears, is not so sophisticated. He and other ignorant Tories like him in this province should be ashamed. Their small-mindedness feeds the stereotype that Saskatchewan is a social backwater... (1)

Where Blevins went wrong was in assuming that the Conservatives have supported the good work of IPPF. Maybe the original Conservative party, but not the hybrid of the Reform-Alliance:

One of the world’s biggest health-care providers for vulnerable women appears to have fallen victim to Prime Minister Stephen Harper’s zero tolerance policy on abortion. In London, International Planned Parenthood Federation is waiting for a call from Canada that will preserve life-saving programs that help 31 million women and children.

But nearly a year after the U.K.-based organization tried to renew its $18 million grant – and on the eve of a G20 summit Harper has focused on maternal health — the line from Ottawa is silent. And, said Human Rights Watch women’s advocate Marianne Mollmann, “the Canadian government’s stance to block support for safe abortions is demonstrably deadly. And announced as part of a maternal health initiative it is also, frankly, absurd.” (2)

No Protection From Sexual Abuse

While the Harper government has remained firm on it's anti-abortion stance, they have also been consistent in denying protection for women and even children, against sexual abuse.

They vehemently opposed a motion by Liberal MP John McKay to go after Canadian mining companies operating overseas, who have been accused of gang-raping protesters according to a United Nations report. (3) In fact, Brent Popplewell reported in the Star that : "The word "Canada" is so reviled in some places that travelling Canadians mask their citizenship by wearing American flags on their caps and backpacks." (4) This because of the horrendous human rights violations.

Les Whittington wrote: "Numerous accounts of rapes show a similar pattern," testified lawyer Sarah Knuckey, who was recounting information gathered at the Porgera Joint Venture (PJV) mine in Papua New Guinea, partly owned by Toronto-based Barrick Gold Corp. "The guards, usually in a group of five or more, find a woman while they are patrolling on or near mine property. They take turns threatening, beating and raping her. "In a number of cases, women reported to me being forced to chew and swallow condoms used by guards during the rape," Knuckey continued." (5)

The Harper government chose to turn a blind eye and instead supported the mining companies.

They have also abandoned initiatives to protect women and children from sexual abuse, used as a weapon of war. As Adrian Bradbury reported in The Mark:

For example, when speaking of the war in the DRC, where upwards of 3 million people have been killed, and rape is widely used as a tool of war, the terms "impunity" and "justice" can no longer be used when calling for an end to, and punishment for, sexual violence. The shift from the term International Humanitarian Law (IHL) to simply International Law, not only blurs two entirely different concepts, but abandons the legal mechanisms developed to protect the rights of civilians, women, and children. (6)

Harper Government Fights on Side of Aids 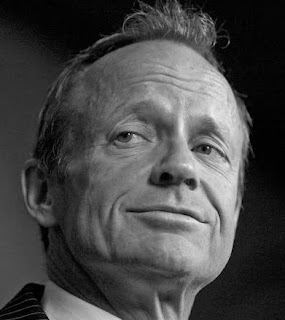 In 2004, as foreign affairs critic, Stockwell Day refused to send condolences to the people of Palestine over the death of Yassir Arafit, and why? Because he thought he had died of Aids:

In a November 16 email to his Conservative colleagues Mr. Day stated: "Some of you have asked why I have not released a statement of condolence or sympathy. As you know, there are two sides to the Arafat story. You pick...." He then included in the email an article by David Frum, former speech writer for George W. Bush, indulging in unfounded speculation about the cause of Arafat’s death. Frum suggested that Arafat’s symptoms “sounded AIDS-like.” (7)

In 2006 Harper refused to attend an International Aids Conference:

One of the world's leading voices on the AIDS crisis, U.N. Special Envoy for AIDS/HIV Stephen Lewis, said Harper's decision not to attend the important conference is a "dreadful decision" and an "inexcusable" mistake in political judgment. Conference co-chair Mark Wainberg echoed that sentiment and said by not showing up, Harper is sending a message that AIDS is not a priority for his government. (8)

Former Conservative candidate Mark Warner was dropped because he had attended that conference:

But the 43-year-old Warner said the Conservatives party's national office informed him he was no longer their pick because of continued differences of opinion and strategy, as well his penchant for speaking out about subjects that didn't receive party authorization, such as education, affordable housing and HIV/AIDS issues. "Frankly, I felt there was a lot of micromanagement … and I don't think it was legitimate," Warner, an international trade lawyer, told the CBC on Wednesday. "I was going off-message." Warner said references to his attendance at an international AIDS conference in Toronto in 2006 were removed from his bio when he sent it to Ottawa for approval. "It does seem to be something that bothers people and I don't exactly know why," he said. (9)

Plans for an HIV vaccine plant were quietly shelved, despite a 110 million dollar from the Gates Foundation:

Researchers at Winnipeg's International Centre for Infectious Diseases were confident just a few months ago that they would soon play a key role in the global fight against HIV, and in the development of vaccines to combat other diseases. They had good reason. They had privately been told by many sources - including a Manitoba cabinet minister - that the centre was the favoured site of a new $88-million vaccine manufacturing facility to be funded by the federal government and Bill Gates's foundation ... "We started to realize something had gone terribly wrong," said Heather Medwick, the centre's leader. Last week, her fears were confirmed, first by an entry that appeared briefly on a government website stating that Ottawa and the Gates Foundation had "decided not to move forward" with the facility ... The facility, announced with fanfare three years ago by Prime Minister Stephen Harper, with Mr. Gates at his side, was quietly being put aside. So far, the federal government has offered no explanation for the change of heart .... (10)

Again this year Harper turns his back on the Aids Conference:

“My country’s Prime Minister, Stephen Harper, was invited to be a plenary speaker and he refused,” Julio Montaner, president of the International AIDS Society, told reporters Sunday at a press conference before the opening of the International AIDS Conference in Vienna. “He’s not here because he’s afraid to confront the deficit the G8 left on the table,” he said. (11)

In the worldwide fight against deadly HIV/AIDS, many Canadians are punching above their weight. Sadly, the Canadian government is not. While world-ranking advocates and scientists like Stephen Lewis and Dr. Julio Montaner will be among those attending the international AIDS conference that opens today in Vienna, the Harper government will have a much lower profile. (12)

So should we be surprised that Canada has received a failing grade for our Aids prevention and cure?

In the report presented by HIV-positive activists, researchers, AIDS organizations and human rights and HIV/AIDS lawyers, Canada received a failing grade in recognizing the needs of women and girls to protect themselves from HIV and to manage HIV infection. In Canada, the number of infected women continues to rise from just over 11 per cent of new infections prior to 1999 to over 26 per cent in 2008, according to the Public Health Agency of Canada. By the end of
2008, the most recent year with data, there were an estimated 14,300 women living with HIV (including AIDS) in Canada, accounting for about 22 per cent of
the national total. (13)

The problem of course is that our government believes that homosexuality is a sin and that Aids is God's punishment.

Prior to the 2006 election, Stephen Harper went on the Drew Marshall Christian radio program.

In Harper’s interview with Drew Marshall, he recalled that his father “became quite an expert in theological matters as he grew older,” and after years as an ardent United Church–goer and elder, suddenly decamped to the Presbyterians. Harper sidestepped the question of why Joseph Harper had jumped ship but he pointedly noted that Marshall’s evangelical audience would get his drift. What he seemed to be referring to was the charged 1988 decision by the United Church General Council to approve the ordination of homosexuals—a decision that provoked thousands of defections. (14)

I think we all get "your drift" Steve. No need to explain.

2. Planned Parenthood gets silent treatment from Ottawa, IPPF, May 14, 2010

6. Recent changes to the language of Canadian foreign policy represent a fundamental shift in how the country presents itself to the world, By Adrian Bradbury, The Mark, December 2, 2009

7. The Man Who Walks with Dinosaurs: The return of Stockwell Day, who now implies that people with AIDS deserve no sympathy, By Murray Dobbin, The Tyee, December 1, 2004

14. Stephen Harper and the Theo-cons: The rising clout of Canada's religious right, By Marci McDonald, The Walrus, October 2006
Posted by Emily Dee at 1:57 AM