Two-Tier Tony Clement and the Gutting of Healthcare 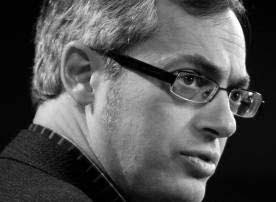 When Tony Clement was named the first health minister in Stephen Harper's cabinet, the Canadian Medical Association raised the alarm.

Former Ontario health minister Tony Clement, once dubbed ‘Two-Tier Tony’ for his oft-stated belief there must be more “choice in health care,” has been appointed federal Minister of Health for the newly-minted Conservative government. Critics immediately tabbed the 45-year-old lawyer’s appointment as an omen for further devolution of federal authority in health care and disinterest in enforcing the principles of the Canada Health Act.

“It’s quite shocking,” said Mike McBane, executive-director of the Canadian Health Coalition. “It sends a very clear signal that the Prime Minister would appoint someone who is ideologically committed to privatizing the delivery of the public health care system, someone who was aggressively involved in dismantling the Ontario health care system, in firing nurses and shutting down hospitals, and someone who’s an ideologue. He’s not someone who’s balanced and interested inevidence.” Ontario Health Coalition director Natalie Mehra said Canadians should be “deeply concerned,” given Clement’s support for the privatization and deregulation of long-term care facilities and for the creation of for-profit hospitals in Brantford and Ottawa, while serving as the province’s health minister from February/2001-October/2003. (1)

Credit Where None is Due

It's always interesting when I hear people say that Clement was praised for his handling of the SARS epidemic. That epidemic was a bit of a wake-up call for the arrogant Clement, because he looked around and asked "where are all the nurses?" Good question since he had fired them all.

And after candidly admitting that the public health system was “close to collapse.”

Critics duly noted the system’s deterioration was self-inflicted, as it had been gutted by Tory government measures that included laying off thousands of nurses, as well as turfing scientists in provincial health labs scant months after Clement assumed the portfolio. (1)

The front line workers during the SARS epidemic, knew exactly who was to blame:

As a union of front line providers, we can attest that the SARS outbreak was marked by chaos and confusion, inadequate resources and planning, and a determination to place economic interests above health and safety interests. Employers and government all too often excluded the input of workers. Such an outbreak was almost inevitable given the starvation of our health care system. Worse, we have seen little that gives us hope that the necessary changes are happening.

With the cutback of hospital beds and resources stretched to the limit, there has been a longstanding problem in Toronto hospitals with wait times in emergency rooms. So much so that the Toronto Emergency Medical Services has recently had to devise a new system for leaving patients in hospitals to ensure that ambulance paramedics can return to service in a reasonable amount of time.

As a result, during the outbreak it was not uncommon for paramedics to be required to wait for hours on end in their ambulance with a suspected SARS cases before being allowed to take the patient into emergency. Indeed, paramedics were often re-directed from a hospital unwilling to accept a suspected SARS patient. We are not convinced that the necessary improvements that are required in infection control have been made since the outbreak. Indeed, some negative practices are deepening. (2)

He scrambled to clean up his mess, throwing his weight around, but only history credits him with handling the crisis, instead of preventing it, or at least lessening it, when he had a chance.

Clement always put corporations above people and loved the power of sticking it to those who were less fortunate. Growing up Anthony Payani, raised by a single mom, I don't think he was terribly affluent. But then when his mother married former Ontario Attorney General John Clement, suddenly he was royalty who could snub his nose at everyone.

In 2002, he announced that MRI's would be available to those with money, so they wouldn't have to wait in line with the peasants.

The Ontario Health Coalition reacted with outrage over Health Minister Tony Clement’s announcement of the opening of for-profit bidding on 25 MRI and CT scan machines for Ontario. With this announcement, the provincial government has made clear its intention to take non-profit public hospital services and fund for profit corporations to provide them in private clinics.

“Stubbornly clinging to an ideological approach with no public mandate and no outcome-based evidence, the provincial government is risking the future of our public Medicare system and must be stopped,” said Irene Harris, coalition co chair. “We view this announcement as an extremely grave threat to the future of our Public Medicare system and will respond in kind.” - The Minister still has not justified creating for-profit cancer treatment at Sunnybrook Hospital in the face of a Provincial Auditor’s report that found that the for-profit treatment was more expensive and that waiting lists had not changed. (3)

Later that year he went to Banff where he plugged private health care. The only thing he left out were the facts:

Since it got into government the Ontario PC party [under Mike Harris] has radically altered the balance of public not for profit and private for-profit control of Ontario's health system: approx. 90% of Ontario's laboratory sector is now controlled by a private sector oligopoly of three companies: MDS, Gamma Dynacare (recently bought by Lab Corp), and Canadian Medical Laboratories.

The non profit Victorian Order of Nurses, VHA and Red Cross have closed programs and offices across the province as homecare has been handed over to for-profit corporations such as Bayshore Health Inc., Paramed, Bradson, ComCare, WeCare and others. The majority of Ontario's long term care beds are now controlled by for-profit companies as a result of the PC government's bed awards over the last several years. Several corporations are the big winners: the multinational giants Extendicare Inc. and Central Park Lodges, and domestics Leisureworld and Regency Care.

Cancer treatment is now offered for profit at Toronto's Sunnybrook Hospital, through Canadian Radiation Oncology Services Ltd. Health Minister Tony Clement announced two for-profit hospitals to be built in Ottawa and Brampton with awards to private consortia to be announced in the new year.

.... The government has faced ceaseless complaints as more and more evidence is unearthed that residents' care levels in Ontario's long term care facilities are the poorest in Canada. The Provincial Auditor has found that profitised cancer treatment costs more and hasn't dented waiting lists. Private labs have taken the most profitable section of the service and left the most expensive to the public. (4)

And he didn't do much better as federal minister of health. When it was discovered that several deaths were the result of the products Sleepees and Serenity Pills II, among the nearly 12,000 unapproved natural health products on the market, in Canada, W-Five ran the story.

W-FIVE requested several times to speak to Canadian Health Minister Tony Clement about the four cases of estazolam and Health Canada's enforcement measures, but our repeated requests were declined.

When they tracked him down, on the run, he blamed it on the Liberals. Typical. When they were first elected their answer to everything was "thirteen years" referring to the length of time the Liberals had been in power before them. However, they didn't realize that at some point you have to change the channel. It wasn't until NDP Pat Martin pointed out that they were now part of that thirteen years, that they shut up.

2. The Canadian Union of Public Employees Presentation to the Justice Archie Campbell Commission into the SARS Outbreak, September 30, 2003