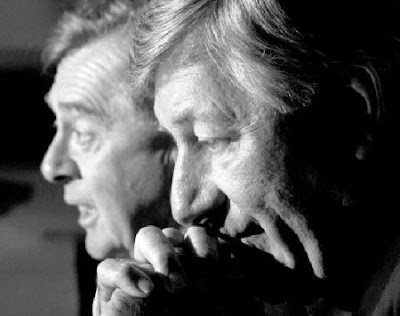 Almost immediately after Mike Harris and his team, with the help of Preston Manning and the Reform Party; won the election in 1995, they put their agenda into high throttle.

Where Stephen Harper suggested that he must move incrementally to avoid scaring people off, Harris and his young radicals, had no such inclinations.

They made it clear that Ontario would be changing the way it did business and priorities were about to shift.

Though they claimed to have consulted ordinary Ontarians to draft their Common Sense Revolution, that was absolutely false. The Common Sense Revolution was created by a Republican strategist, Mike Murphy, and promoted by the National Citizens Coalition, and policy input came from right-wing organizations with ties to multi-national corporations. And Ontarians didn't know what hit them.

It was no longer the prime role of government to intervene in the marketplace on behalf of the public interest to stimulate job creation, redistribute wealth through social programs, or ensure that the industrial sector met environmental standards. Instead, the prime role of the Harris government was to serve the interests of big business by providing a favourable climate for investment through lower corporate taxes, lower wages, lower social spending, and lower environmental standards. The democratic rights of citizens—to adequate food, clothing, and shelter, or education, employment, and health care, or a safe environment, social equality, and decent public services—were hijacked by transnational corporations. (1)

And Harris and his team knew full well what they were doing:

Mike Harris is not only aware of this transnational corporate agenda but is anxious to ensure that Ontario accommodates to the new economic and political order. Indeed, this may have been what the architects of the Common Sense Revolution really had in mind when they drafted their platform for Ontario's future. After all, the main theme behind the Common Sense Revolution is the call to re-invent the role and responsibility of government in Ontario. While the idea of a "limited" and "downsized" government, along with a 30 percent slice in personal income tax, was sold to Ontario voters during the election, there was a lot more to the Harris agenda for "reinventing" government. Simply put, the government was getting out of the business of ensuring that the basic rights of Ontario citizens were met regarding employment, housing, education, health care, environmental safeguards, and social equality. Instead, the government's prime responsibility is to secure the kind of economic and social conditions required to make Ontario an attractive place for profitable transnational investment. Under the Common Sense Revolution, therefore, the role of government is being re-invented and re-engineered to serve the interests of transnational capital. (1)

But if this wasn't exactly what voters had in mind, Guy Giorno's Omnibus Bill * was a kick to the groin.

Yet, the cornerstone of the Common Sense Revolution, namely, the model of corporate government which Mike Harris has in store for Ontario, was largely unveiled through the infamous Omnibus Bill. Introduced as the Savings and Restructuring Bill, it called for amendments to some forty three separate pieces of legislation on the Ontario statute books. As Toronto Star columnist Thomas Walkom observed, the Harris government's Omnibus Bill served to centralize power in the hands of the cabinet to an unprecedented degree while, at the same time, transferring power into the hands of corporations through extensive forms of
deregulation and privatization.

This was of grave concern to the opposition, as MPP James Bradley pointed out at the time:

"I notice one provision of this bill; it's the only new provision, and this is dangerous. Some of you who have been around this House for a while will know this, and some in the cabinet must be concerned. The new provision eliminates the policy and priorities board of cabinet, effectively giving more control of government decision-making to the Premier's office. Well, we know who that means. That means Guy Giorno's got more power**..." (2)

And with the Harris government, lobbyists had more power than the elected MPPS. Though Leslie Noble moved back to the corporate sector after the election, she was in contact with the premier's office on a daily basis and was directly involved in much of the decision making.

When Mike Harris was elected Premier, Leslie Noble became the hottest power broker in Ontario. The 37-year-old is one of Harris' closest advisers and runs the leading lobbying firm dealing with the Ontario government. No other lobbyist has Noble's access to Harris. And no other top political adviser to Harris is a lobbyist. Noble helped write the Common Sense Revolution, ran Harris' successful 1995 election campaign and will run the Tories' next campaign, expected later this year. Noble has no official job with government but regularly briefs Harris, his cabinet ministers and Tory MPPs on what needs to be done politically to stay in power. In corporate circles, Noble is the lobbyist Ontario business executives hire when they want the Harris government's ear. (3)

These young radicals who met at the University of Toronto, including Tony Clement, Tom Long and Leslie Noble, did very well under a corporate run government. But they were only getting started.

A Clever Distraction: "Any Palladini is a Pal of Mine"

*Much like the disastrous Omnibus Bill he wrote recently for Stephen Harper.

**Since becoming Stephen Harper's chief of staff, Guy Giorno has also centralized power to the PMO, where he has more say over what is going to happen than the prime minister.

3. Queen of the Park: She's the Premier's adviser and Ontario's leading lobbyist. Should taxpayers be concerned? By Kevin Donovan and Moira Welsh, 1999
Posted by Emily Dee at 4:53 PM