The Rule of Law or the Supremacy of God? 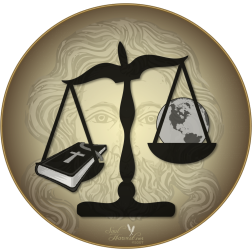 Last month a Quebec judge made a ruling on the rights of a Jesuit school to have the ability to refuse to teach anything that goes against their own religious beliefs.

According to a decision handed down on June 18 by the Quebec Superior Court, Jesuit Loyola High School of Montreal will be dispensed from teaching
“the Ethics and Religious Culture course” imposed by the Quebec Ministry of Education in the fall of 2008.

The Jesuit school administration asserts that the course’s contents conflict with the institution’s Catholic values. According to statements reported on the Radio Canada website (http://www.radio-canada.ca/), headmaster Paul Donovan stated that Catholic values must be present in every discipline, not only in religion classes, but in the other subjects such as English or Physical Education. (1)

Now this should have made a case for freedom of religion, except that the judge took it one step further, by invoking the preamble to the Canadian Constitution which states: “Canada is founded upon the principles that recognize the supremacy of God and the rule of law.”

This is setting a very dangerous precedence. The Evangelical Fellowship of Canada has already stated that they see it as a good sign, and many Religious Right sites are singing Hallelujah.

Atheists are suggesting that since they don't believe in God they should not have to support this, while others like the National Post are seeing it as part of our country's history.

What does the “supremacy of God” mean? At a minimum, it reflects a historical fact. From the early French explorers and Jesuit missionaries to the British institutions of Crown-in-Parliament, the architecture of Canada is incomprehensible without the institutions of religion. It is impossible to tell the story of Canadian finance without the Catholic driven caisse populaire movement in rural Quebec. Medicare is the product of the Protestant prairie pastors who led the Commonwealth Co-operative Federation. Today, our newest Canadians often turn to services offered by religious congregations of all kinds — indeed, our refugee programs more or less assume that this will be the case. Religion is not an alien force, but, to use an apt word, constitutive of who we are.

The Constitution describes not only who we are–matters of history — but also who we ought to be–matters of aspiration. This is likely what those who object to the “supremacy of God” find difficult. They think that such language excludes from the Canadian project those who do not believe in God. Yet even those Canadians should welcome God in the preamble. Something, after all, has to be supreme. And if it is not God, even understood in the broadest possible sense, then what is it? Fearsome it would be to live in the land where the works of man alone are supreme.

Of course they are right. Symbolically Christianity is part of our culture. But so too is a divisiveness, based not on the supremacy of God, but perceived supremacies of various religious beliefs, even within the Christian faith.

If courts start tapping into the 'Supremacy of God' as a legal argument, we have to ask "Whose God?" Whose interpretation of the Bible? Old Testament or New Testament?

Will judges have to memorize the Bible before they can make a decision? Will we need a representative from the Mormons, the Jews, the Jehovah Wittiness, Evangelicals, Lutherans, etc. etc., who have all interpreted the ancient texts differently.

And what about Buddhists or Muslims?

Because you see Canada was not founded on one religious faith. The French explorers and Jesuit missionaries were Catholic, and even when protestants arrived it was not a shared Judeau-Christian dogma. That only came about when Cyrus Scofield was asked to create that heritage.

Even during the time of Samuel De Champlain, Jews were outcasts. At Port Royal the French adventurers created The Order of Good Cheer, believed to be the first Euro-Canadian social club in North America.

We could also probably take it one step further and say the first integrated social club of Europeans and Canadians, since Membertou [native host] was an official member and any other visiting sagamores [chiefs] always held a place of honor at the main table, while their people were seated with the men on the floor of the dining hall. But then we could also say that it was the first social club in North America that banned membership based on racial or religious grounds. [Marc] Lescarbot says that everyone joined, except "the artisans, who were from a different class", or more precisely from the Jewish Ghetto at Saintes.

So anti-semitism is also part of our early history.

The Charter does not say that, but we ought to be grateful that it intuitively points in that direction. The Judeo-Christian tradition is not the only foundation for tolerance between different peoples, or for harmony in a pluralistic society, but surveying the global scene today it is the most secure foundation currently on offer.

Again that is not true. An arrogance of faith has often turned the western world into bullies. We are always invading countries. It has also created two world wars which pit Christians against Christians. The Religious Right claim that they are being bred out because of abortion, but those wars destroyed generations. Admittedly they were not about religion but territory. However, a good religious faith would have preferred diplomacy to so much death.

Another editorial by John Moore in the National Post is right on the money.

Christians in the U.S. and in Canada have engaged in elaborate intellectual exercises and historical revisionism to shoe horn God into government. God appears nowhere in the U.S. constitution, so his fans have concocted a school of foundational thinking that requires the more mystical Declaration of Independence to be considered a pre-amble. The phrase “One nation under God” was only inserted into the pledge of allegiance in 1954.

Canada’s union in 1867 was a far less exuberant affair than the creation of the United States. Our founding document reads more like something written by notaries, though I would argue that “peace, order and good government” — while less inspirational than “Life, liberty and the pursuit of happiness” — is a far more concrete and achievable goal. The British North America Act has nothing to say about religion save a formula for the funding of confessional schools. In spite of stubborn efforts in some quarters to float the fiction that the word “Dominion” was intended to reference God it merely establishes our status as hapless subjects of the British Crown.

Moore concludes that it was Trudeau's fault because of his devout Catholic faith. However, I think it may have been due to the influence of Catholic leader Cardinal Emmett Carter, who worked with Trudeau when he was drafting the constitution. Carter wanted abortion left out but Trudeau wanted it in (I have a lot of information on this that I will be sharing soon). This may have been an appeasement.

I do agree with John Moore on this, however:

Those who insist upon pushing God further and further into the public square become angry when secularists push back and then scurrilously accuse non-believers of having started the fight. Non-believers want one thing: to be left alone. What atheists and agnostics fight for is the preservation of the shared secular oxygen that permits the faithful and non believers to co-exist. But some religious people are like prohibition era teetotalers: it’s not good enough to be sober so long as someone else is enjoying a good drink.

If, as my colleagues insist something must be supreme in Canada, let it be the law and the ultimate sovereign: the citizen.