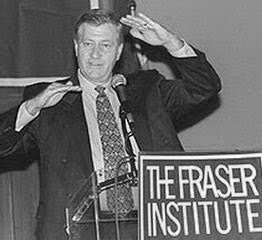 The popular lore surrounding the Common Sense Revolution of Mike Harris, was that someone on their "whiz kid" team suggested that their platform be based on "common sense", and eureka, the title was born.

Sounds lovely. Unfortunately it's a load of bunk.

It was actually borrowed from south of the border, and as with everything else related to Canada's neoconservative movement, came from a Republican strategist.

Between 1990 and their abysmal showing in the election, to 1995 when they were swept to victory, the young ideologues or "whiz kids" worked tirelessly to create a platform and persona for Mike Harris. The platform was easy, most of it borrowed from Ronald Reagan and Margaret Thatcher. But selling it was going to be the obstacle.

How do you tell an electorate that you are going to drastically cut funding for health care and education and make it palpable?

First off, you don't. Instead you follow the advise of Gerry Nicholls, then heading up Ontarians for Responsible Government, part of the National Citizens Coalition. You look for an enemy. And in this case the enemy was "taxes".

When Stephen Harper was trying to figure out how to sell his Reform Party's neoconservative platform, he had his friend John Weissenberger "dig up the Conservative Party manifestos under which Margaret Thatcher had fought her first elections as leader of the opposition." (1) 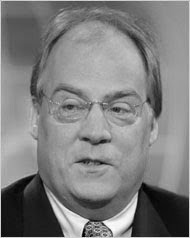 But the Harris team instead turned to Republican strategist Mike Murphy, who was a close personal friend of Tom Long's. Long had spent a great deal of time in the United States and had even worked on Ronald Reagan's campaign, so he knew how the game was played.

Just learning that Mike Murphy was part of the Harris team made the opposition nervous. (2) His reputation was and still is, well known as a details man. (3)

He had just come off a successful campaign for New Jersey governor, Christine Todd Whitman:

One of Tom Long's closest friends happened to be Mike Murphy, an American political consultant who later ran right-wing extremist Lamar Alexander's unsuccessful bid for the Republican presidential primary. In 1993, however, Murphy was advising another Republican, Christine Todd Whitman, in her successful campaign for the governorship of New Jersey. Whitman defeated a popular Democratic incumbent, Jim Florio, primarily on the basis of a Murphy-inspired campaign using a "common sense" slogan and pledging a 30 per cent tax cut. Since her victory, the activities of her government in implementing this plan had been carefully charted by Harris aide Bill King. In March 1994, Harris actually travelled to New Jersey to meet Whitman and discuss strategy. Two months later, the "Common Sense Revolution" with its 30 per cent tax cut was unveiled. (4)

When the Harris government's tax cuts were implemented, so too were user fees and the reduction of money going to municipalities, meaning no real savings. These were the same complaints heard by New Jersey residents under Whitman. She did follow through on the 30% tax cut, but was forced to raid the state pension fund to balance the budget. She also cut 4,000 jobs from the public service and reduced money going to municipalities, resulting in higher property taxes. So again, no one really gained. (5)

What's interesting is that Whitman's 1997 campaign was "Promises Made. Promises Kept" This became the rallying cry of the Harper government, so they too must have tapped into Murphy's messaging. Unfortunately it was just hot air after breaking his promise on Income Trusts.

" ... if you go to a Harper rally, you can’t hear yourself think for all the Tories chanting “promise made, promise kept” over and over again like a herd of demented Moonies. Some of them get so excited they smack themselves in the forehead over and over again while they chant it. During the last election Jason Kenney was forced to apply liberal amounts of pancake makeup above his eyebrows to hide the bruising.

Well thank God that’s over. Because the next time Stephen Harper or any of his minions chant “promise made, promise kept,” you might want to step back, because if there is a God, the forecast calls for lightning." (6)