Margaret Atwood Reminds Us of All We Have Lost 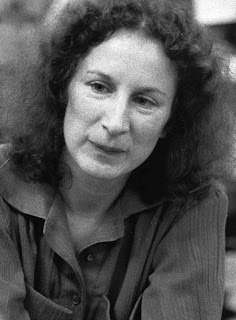 Author Margaret Atwood wrote an oped piece for the Globe and Mail which is both a plea for our salvation and a warning of what the future holds.

Stephen Harper's vision for Canada has been acted out in full force and what started incrementally is finishing as a radical revolution. And with the possibility of being ousted in the fall, this could well be the summer of mass destruction.

People are still poring through the fallout from that Toronto protest. Who did what, when, to whom and why? Why – knowing of the dangers of holding the
G20 in a fenced-off, emptied-out downtown Toronto – did Prime Minister Stephen Harper not respond to Toronto’s pleas and change the venue? Why were legitimate NGOs blocked from access to the press, within the security-protected playpen? What accounts for the Ontario government’s confused instructions about security laws? Why the beat-up journalists? Why the nonchalance about the Black Bloc rampage? Why the wholesale roundups of bystanders?

And why the factory-chicken detention facilities for those corralled – scant food and water, no calls to lawyers and, if witnesses are any indication, nasty language and harassment? Is this “normal” – give a group unlimited, unsupervised power over another group, and this is what happens? If so, who authorized that power? Was the treatment of those arrested some sort of dry run – a testing of the waters to see how far those in authority can move toward Tinpot Dictatorship North, without a vote-losing backlash? Was the Black Blocker mayhem allowed so there would be a justification for the undue force later? And why is not a public inquiry in order?

Atwood goes on to discuss our horrible new crime bills at a time when Canada's crime rate is the lowest it's ever been. Even Conrad Black, the man that Margaret Thatcher once stated made her look like a Liberal, has denounced Harper's agenda: “It is painful for me,” he said, “to write that with this garrote of a blueprint, the government I generally support is flirting with moral and political catastrophe.”

With Harper's plans to build super prisons, which will be private "for profit" and American owned, there will be a need for "customers" and as Atwood points out: "But once prisons are seen as an industry, prisoners become the raw material and must be constantly supplied. The methods for creating criminals are well known; they include poverty, lack of employment and education, dehumanized prisons where novice criminals may learn from experts, and the criminalization of petty offences."

What is under attack by this government is not only Canada's image but as Atwood points out, the image we have of ourselves. The scenes of riot police beating peaceful protesters while Rome burned was like something out of a movie. Almost surreal, and completely un-Canadian.

Stephen Harper once claimed: "Westerners, but especially Albertans, founded the Reform/Alliance to get "in" to Canada. The rest of the country has responded by telling us in no uncertain terms that we do not share their 'Canadian values.' Fine. Let us build a society on Alberta values."

What "Alberta values" is he talking about? I know many Albertans who would be just as shocked over the events during the G20 and who would not support an enormous expenditure for private prisons that will strip the incarcerated of all human dignity, and offer no hope of ever being returned to society to build a new life.

With Canada's low crime rate, there was a need to create more crime by creating more "crimes" and extending the penalties. The cost for these new measure is enormous, and not just in the billions of dollars it will cost taxpayers, but also in human costs. And the only winners will be the criminals running the "business" and profiting from human suffering.

Yes Margaret, the sign above the door to prisons from hell, should read: “Abandon Hope, All Ye Who Enter Here”, but I think that sign should also be posted at all of our border crossings.
Posted by Emily Dee at 3:01 AM