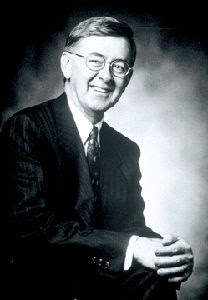 After the 1990 election, the Ontario neoconservatives had five years to build up their party. They had hired Republican strategist, Mike Murphy, to create the "Common Sense" campaign, fashioned after one he ran for New Jersey Governor, Christine Todd Whitman, right down to the 30% reduction in income taxes.

Anthony Panayi, now Tony Clement, was president of the party and acting as secretary for Harris, as they travelled the province and networked with right-wing organizations, in preparation for the next election.

But they had one stumbling block that could lead to their downfall: The Reform Party. There were several members who wanted Reform to run in provincial elections, and began making preparations for an Ontario party. Kimble F. Ainslie, who had been PC leader in Southwestern Ontario, left to form the Reform Association of Ontario, which left Clement and others worried that they could split the vote.

In their research on the 1990 election, the Tories discovered that the presence of fourth parties meant a difference between a minority and a majority government for the NDP. If the Tories had picked up two-thirds of the fourth-party vote that went to groups such as the Family Coalition Party, they would have won 10 extra seats in the legislature. Instead of only 20 seats, they would have had a far more respectable 30, leaving the NDP to form a minority government.

It fell to former party president ... Tony Clement to staunch the flow of votes from the Conservatives to fourth parties. The biggest fourth-party headache for the Tories was the threat of Reform running in Ontario. The federal Tories obviously had failed to respect Reform. Ontario Tories didn't want to make the same colossal blunder. Clement, son of former Ontario attorney general John Clement, gave himself the task of learning everything about the western-based party that had wreaked such havoc with his federal counterparts.

"I wanted to learn not only about them, but to allow them to learn about us," Clement recalled. "We were absolutely convinced that if they were to look at us, and look at where we were coming from, we might not be able to satisfy them on 100 percent of the stuff, but we could satisfy them on 80 percent of it. And maybe that would be enough to reduce or eliminate the threat of splitting the vote and allowing 130 Liberals to get in, just as we'd seen 98 out of 99 Liberals federally in the province of Ontario." (1)

But Clement did not have to fight this himself. A group led by Craig Chandler, Focus Federally For Reform (FFFR) (2), came to the rescue, as he would many times for the neoconservative movement. Chandler had provided input for the Common Sense Revolution and wasn't about to throw it all away now.

The Tories took a two-pronged approach. They planned to make connections with the grass roots as well as the elite of the Reform Party. Concerning the grass roots, Clement hit pay dirt when he acquired a fairly comprehensive list of every Reform member in Ontario, some 25,000 names. The Tories sent out mailings incessantly to every Reform member on that list, with letters that went a little like this.

"Hi, my name's Mike Harris. You don't know a lot about me but here's some policy. Here's where we stand as a provincial party. You might be interested in it." The plan was always to lead with policy. Grass-roots people talk about policy. There was no point telling people to vote Conservative to avoid splitting the vote. Voters have no stake in strategic voting. They simply don't care. Main Street Ontarians care deeply about issues. Reformers hate the old top-down style of politics and like discussions on policy. The Tories caught the wave. In mailing after mailing, they asked the Reformers for their opinions — on education, crime, and the deficit. They sent out questionnaires and were amazed at the number that were returned.

Kindred souls with shared goals. Besides, the Reform Party was already in trouble when it was discovered that they had neo-Nazis operating within their ranks.

"We were very, very clear though, in our dealings with them that we weren't going to change who we were for them. Mike was very clear on this. We would share information with them. We should share who we were. If they felt comfortable with us, that was their choice, come on board. We're an open party. You can join up, you can get involved in the riding associations, etc."If you do not feel comfortable with us, this is who we are, we are not going to change who we are for you, but we understand," Clement said. He stressed that there was never any intention to "out reform Reform."

"We never said, 'How can we change ourselves to make our-selves more acceptable to you?"' Clement recalled. That would have been as much an affront to Reform followers as it would have been to mainstream Conservatives. The Tories kept it simple: they shared policy statements, introduced their leader Mike Harris, and told Reformers that they were welcome to climb aboard. A lot of Reform members took up the invitation and easily integrated themselves with the Tories at the riding level. In Cambridge, the federal Reform Party candidate headed up the candidate search committee for the Tories' provincial candidate. In Durham West and in Al Palladini's riding of York Centre, Reformers were members of the executive.

In addition to courting grass-roots Reformers, the Ontario Tories set out to create a working relationship with the movers and shakers within the federal Reform Party. Mike Harris met three times with Reform Party leader Preston Manning, the first meeting taking place in December 1993. They met again on 3 May 1994. At that time, Harris and Clement talked to Manning, his campaign manager Rick Anderson, and Ed Harper, the only Reformer from Ontario, prior to the release of the Common Sense Revolution. They shared with Manning and his people their ideas on welfare reform, tax cuts, and deficit reduction, and they asked the Reformers if they had any ideas which they wanted to share with them. The provincial Tories needed Manning and Reform on side. More specifically, they needed to spell out to Manning that there was no room on the right for a fourth party in the Ontario election. (Before the Tories left Ottawa, they discussed their radical plan with Tory leader Jean Charest, his policy gurus, and Conservative senators.)

The third phase of the campaign to deal with the Reform threat took place the day after the launch of the Common Sense Revolution in the spring of 1994. Harris met with Manning and his people and then the Tory caucus. They invited Jean Chretien and the Liberals, but they were too busy. Ah, well. Essentially, said Clement, they were treating the federal Reform Party with respect, while not trying to pretend to be something they were not. As a result, Manning decided not to branch into provincial politics. In October 1994, Tory efforts paid off. In an official vote at the Reform General Assembly, close to 70 percent of the members from Ontario and two-thirds of the Canada-wide membership voted against running candidates in
provincial elections.

Clement attributed the higher vote in Ontario to the massive effort which the Tories had made to get their message out to Reform members in that province. There were no deals struck, no high-powered strategic discussions. It was a matter of each leader setting out policy and forging informal links. Formal ties were far less important than getting to know each other. And it worked. Reform stayed home during the 1995 election. (1)

Ainslee was not happy, and accused the Harris team of sabotaging him. The results of the election were 82 seats for Tories, 30 for the Liberals, and the NDP were reduced to 17.