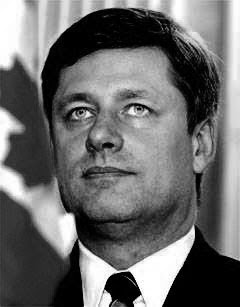 There are many arguments about Leo Strauss and his position as the father of Neoconservatism. He has been blamed for everything from the Iraq War to the economic collapse, but how justified is that?

I admit that I've had to rethink some of my earlier assessments, but I've come to the conclusion that many self proclaimed Straussians, inadvertently learned something else from the German Philosopher.

The art of ambiguity. And they have indeed taken it to an art form.

In his review of the book, Leo Strauss and the American Right by Shadia B. Drury, Michael Lind writes in the Washington Review:

Straussian thought is hard to wrap your mind around, in part because Strauss and his disciples write in a highly abstract style that keeps trespassers out ... Strauss believed that many if not most philosophers, for fear of persecution, wrote in ways that concealed their views as much as they revealed them. (1)

In 2003, Strauss's daughter Jenny (actually his niece. He adopted her after his sister and her husband were killed in an accident), wrote an Oped piece for the New York Times, hoping to correct many of the misconceptions of her father. She had a little different take on this.

She discussed his love of reading, believing that it was not a passive exercise. Many people read the works of a variety of thinkers and only take from them, what validates their own opinion. And Strauss felt that this was not accidental.

The fact is that Leo Strauss also recognized a multiplicity of readers, but he had enough faith in his authors to assume that they, too, recognized that they would have a diverse readership. Some of their readers, the ancients realized, would want only to find their own views and prejudices confirmed; others might be willing to open themselves to new, perhaps unconventional or unpopular, ideas. I personally think my father's rediscovery of the art of writing for different kinds of readers will be his most lasting legacy. (2)

Maybe not intentionally vague, but ambiguous none the less.

And this is the most important weapon in the neoconconservative 'Reform' arsenal. If they told us what they really wanted to do, hand government over to the corporate world, they'd never stand a chance.

Whether you want to call the Canadian 'Reform' a party or a movement is irrelevant. No matter what it is, the fact remains that it was behind the new Conservative Party of Canada. And to understand the secret to their success, you have to go back to a variety of right-wing players, that include media, think-tanks, foundations, federations and coalitions, all providing the infrastructure for the intentional change of our political culture.

How many people do you know who realize that this has been taking place for decades? Who saw it coming? Even Harper's critics believe that he came from nowhere, with an unquenchable thirst for power.

But Harper is just the latest face. He embodies everything that the leader of this movement requires. Malignant narcissism, a lack of empathy and an unflinching belief in the doctrine of corporate rule. And while he keeps everyone in line with an iron fist, he is not without his puppet masters.

David Somerville, the former President of the National Citizens Coalition, a corporate controlled AstroTurf group (Stephen Harper also acted as both the vice president and president of the NCC), told his followers that they must tap into both intellect and emotion (3), to achieve their goals.

They would create the story and use passion to sell it.

This is why it became so necessary to tap into religious fervour, though it is not exclusive. They also use the passion for guns, race and country, among other things.

I think one of the best earliest examples of the success of ambiguity and passion that drives this movement, took place in 1984, and involved the NCC, the pro-life movement, and Bill C-169.

Bill C-169 was designed to block spending in elections unless it was approved and accounted for by the party that stood to gain from the spending. Third party spending.

According to writer Nick Fillmore, until 1984 "the [National Citizens] coalition was very much an unimportant right-wing fringe group, paid little attention by most politicians, the media and even shunned by other right-wing lobby groups. The first breakthrough came in July, 1984, when the NCC successfully used the Alberta Supreme Court to overturn the federal government's bill C-169, a law aimed at preventing third parties from advertising a political position during an election campaign." Judge Donald Medhurst in striking down the law said there had to be proof that such spending undermined democracy before any government could impose limits on the freedom of expression guarantee in the Charter of Rights and Freedoms .... The NCC's court victory opened the door to virtually unlimited corporate spending in the 1988 federal election, arguably the most important election in Canada in decades. Advocates of free trade were able to far outspend opponents. (4)

This corporate funded initiative was a direct attack on our democracy because it gave power to money. But what I found interesting was how the righteous viewed the decision. From a pro-life publication: 'The Interim'.

It is a great pro-life victory that Bill C-169, the amendments to the Canada Elections Act, has been thrown out by the Alberta Supreme Court. On June 26, 1984, Justice Donald Medhurst of the Alberta Court of Queen’s Bench ruled that [out?] the changes made to the freedom of expression guaranteed in the Canadian Charter of Rights and Freedoms.

The National Citizens Coalition and its president, Colin Brown of London, Ontario had asked the court to strike down the amendments contained in Bill C-169. The decision means that individuals and groups (including pro-life individuals and groups) will again be free to oppose or promote political candidates during a federal election campaign. (5)

This was obviously sold to the pro-lifers by the NCC, as an assault on their "freedom of expression" and they were no doubt able to solicit a lot of funds based on that passionate plea. Would it have been as successful if they had called it a corporate move to set the government's agenda? Not likely.

The art of ambiguity. People saw what they wanted to see and I doubt that it was not intentional. It would be interesting to hear other groups opinions of Medhurst's decision. What they 'heard' from the NCC's campaign.

Preston Manning and Stephen Harper used that skill when creating the Reform Party.

... policies regarding agriculture, labour, tax reform, foreign policy, social policy, and immigration are so muddied by calculated ambiguity that they leave the Reform Party and its leader enormous flexibility in fashioning actual policy. (6)

And though this was supposed to be a populist, grassroots party, it wasn't long before some of the more aware members began to realize that it was being run by a 'Calgary clique'.

The "clique" which was being criticized in 1990 consisted of Manning and four of his staff members. One of the key members was thirty-two-year-old Stephen Harper, a founding member of the party, its Chief Policy Officer, and the man who became known as Manning's chief political lieutenant. Though only a staff member, he often made speeches and was one of the two people, the other being [Stan] Waters, whom Manning trusted to speak for the party .... The charges of elitism and control of the party by a Manning clique struck a very sour note in an otherwise spectacular rise in party fortunes. (6)

An "elite" group using ambiguity and emotion to tell their story.

Ambiguously, when I say "elite group" I could mean the NCC, the Reform Party or Harper's PMO. All one and the same, I'm afraid.

Can't wait to see how the "story" ends.