The Politics of Authoritarianism: "I've Never Seen Anything Like It" 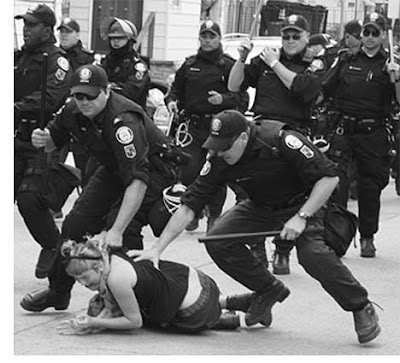 "In a democracy, a wannabe tyrant is just a comical figure on a soapbox unless a huge wave of supporters lifts him to high office." - Bob Altemeyer

When accusations arise that Stephen Harper is too controlling, his supporters will attempt to compare him to people like R.B. Bennett, Pierre Trudeau and Jean Chretien. All of these men took a disciplined approach to governing.

However, the most common remark heard from supporters and critics alike is that they have never seen anything like this before. Not in Canada. Not in a democracy.

Two years into his governance, the man who brought in the Accountability Act was already hearing complaints that he was one of the most unaccountable prime ministers ever. A couple of other words were being used more often to describe Stephen Harper: autocratic and authoritarian. (1)

Pierre Trudeau certainly expanded the size and power of his office, and Jean Chretien kept an iron grip on his caucus, but Harper surpassed even Chretien.

Chretien had nothing like the extraordinary vetting system put in place by the Conservatives. Advisers Eddie Goldenberg and the late Jean Pelletier did wield enormous power--especially in the later years, when Chretien faced an internal uprising from Paul Martin's supporters—but at least caucus members and civil servants felt free to talk to the media without prior approval. (1)

And over the past five years Stephen Harper has continued to wield enormous control, while refusing to be accountable for any of his actions.

We know why the corporate media let him off the hook, "corporate" being the operative word, but why do his followers?

You see it constantly as they come to his aid, leaving their comments at the end of articles, even when they expose corruption.

It's part of what Bob Altemeyer calls Authoritarian Submission.

Everybody submits to authority to some degree. Imagine a world in which people ignored traffic laws and sped through red lights. The cost of auto insurance would shoot through the roof (although the line-ups to buy it would become much shorter). But some people go way beyond the norm and submit to authority even when it is dishonest, corrupt, unfair and evil. We would expect authoritarian followers especially to submit to corrupt authorities in their lives: to believe them when there is little reason to do so, to trust them when huge grounds for suspicion exist, and to hold them blameless when they do something wrong. (2)

But what of the roughly 2/3 of the population who didn't vote for Stephen Harper?

They also appear to be submitting to his authority, questioning very little. Those are the one that frighten me more than the Harper devotees.

Is it just that it's become the new norm? According to Allan Gregg discussing Lawrence Martin's book Harperland:

Even though it has become a cliché to refer to Stephen Harper as a control freak, the power of Martin’s argument hits you like a jackhammer. Those of us who follow these things quite closely remember a number of occasions when the Conservatives have found themselves in hot water because of allegations of abuse of power, but we tend to forget just how frequently this has occurred and the myriad forms this malfeasance has taken over the last four and a half years. (3)

He was going to be a different prime minister and indeed he was. And though he was operating more like a monarch than an elected Member of Parliament, his people still defended him.

[They] were content to explain away the abuse of power with the rationale that other PMs had done it and therefore so could Harper. The line of reasoning hardly served to enhance the state of democracy. The system, said [Donald] Savoie*, had devolved into a "court government," with the leader and a few select courtiers, most of them unelected, exercising power with kingly presumption. Savoie had hoped that Harper would move away from such a model once he'd settled in to office. But in fact, he was going the other way. (1)

* Academic and specialist in governance and public administration

2. The Authoritarians, By Bob Altemeyer, Associate Professor, Department of Psychology, University of Manitoba, 2006