The Politics of Interference: What Really Happened With the Obama Campaign? 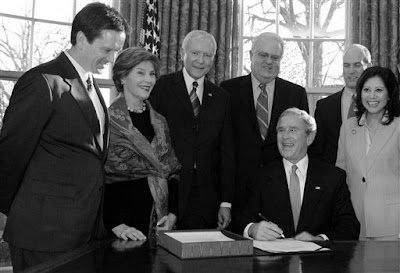 During the 2008 Democratic leadership race, the Harper government became embroiled in a controversy over a leak from the PMO that temporally derailed Obama's campaign.

In the primaries, Obama and Hillary Clinton were campaigning hard in Ohio and taking turns trashing the North American Free Trade Agreement (NAFTA), blaming it for heavy job losses in the state. Obama went so far as to warn that NAFTA might have to be renegotiated. When two officials from the Canadian consulate in Chicago met with Austan Goolsbee, an adviser to Obama, they raised the matter. They understood from Goolsbee that Obama's words should be viewed as political posturing more than any clear statement of intent, and they passed on that interpretation in a memo to senior officials in Ottawa.

Three weeks later, Harper's chief of staff, Ian Brodie, revealed while chatting with reporters that the NAFTA-bashing should not be taken too seriously, that it was mainly rhetoric. News of this got out but didn't cause too much of a stir. Then the memo prepared by the Canadian officials was leaked to the Associated Press. The story made headlines across the U.S., embarrassing Obama, who appeared to be saying one thing publicly and another privately. Goolsbee was angry, claiming that the Canadian officials had misrepresented his words and the Canadian embassy in Washington was under the gun. Diplomatic memos were rarely leaked, especially in the middle of a presidential campaign, and since the Harper government was Conservative, many suspected that the leak was politically motivated. (1)

There was an investigation and an apology, but it would turn out to be a bigger story when the Harper government connections to U.S. Republicans was revealed, making it look like a deliberate attempt to discredit Obama. They were looking for ammunition and thanks to Stephen Harper they found it.

In the end, [Kevin] Lynch's report cleared Brodie of having a hand in the leak and failed to find a culprit, saying the net was too wide. Since the investigation had been going on for little more than two months and had not yet served its purpose, critics wondered why it was already being shut down.

The Lynch report was released just before a weekend break, the time when political news attracts the least attention. But at the start of the following week, the Toronto Star's Jim Travers contradicted its findings, quoting a source as saying, "This was a very deliberate piece of business for political purpose. It puts political ideology ahead of what's good for the country."

As part of the investigation, Ian Brodie was questioned in detail about both Sensenbrenners. He said he met Frank two or three times over the years at large gatherings or receptions but never actively contacted him. As for Harper, he said, "I know the father visited the PM once." As chief of staff, Brodie explained, "it was my constant and unrelenting policy always to downplay the various controversies in the Canada-U.S. relationship.' His comments to reporters about the campaign chatter on NAFTA, he noted, were a perfect example of this. And while he acknowledged some personal links between Conservatives and U.S. Republicans, he added, "I think it's fair to say we were all much, much closer to the Australian Liberals."

With Sensenbrenner's denial and no one able to prove involvement of the PMO, the story tapered off .... however, this incident left room, given the way Harper operatives worked, for plenty of suspicion. "I don't know that there was anything particularly conspiratorial about it," said David Emerson of the leak. But like most others, he couldn't be certain. (1)

James Travers was the first to expose the connections:

Fingers are pointing at Conservatives close to Stephen Harper for leaking a diplomatic memo that badly embarrassed Barack Obama and put Canada's vital cross-border interests at risk. Multiple sources say the Canadian note questioning the Democrat frontrunner's public promise to reopen NAFTA was leaked from the Prime Minister's Office to a Republican contact before it made American headline news. Contradicting Friday's inconclusive report, they claim the controversial memo was slipped to the son of Wisconsin Republican Congressman James Sensenbrenner.

And understanding how Stephen Harper operates, it is completely believable that he would work for his Republican counterparts, who were hoping to discredit John McCain's toughest competition.

This news reportedly hurt Obama's chances in two key Democratic Party primaries and generated accusations of political interference by the Harper government in U.S. political affairs. In March, Harper called for an in-house investigation of "allegations of unauthorized disclosures" by Brodie and Wilson.

But the Prime Minister refused demands by opposition MPs that he discipline Brodie over the so-called NAFTA-gate scandal. Brodie announced this week that he would be leaving the Prime Minister's office on July 1. The Liberals yesterday said the report won't end the potential damage in Canada's relations with the United States, particularly if Obama or Clinton becomes president. (3)

But there was even more to this story that was largely ignored, and it centred around a Calgary lawyer, Gerry Chipeur. Chipeur is a long time activist and legal adviser to the Reform movement, in all of it's manifestations. He represented Stockwell Day in a libel suit and when reports were made public during Day's run for prime minister in 2000, that he had connections with known Neo-Nazis, it was Chipeur who came to his defence.

He was also instrumental in trying to broker a deal with Gilles Duceppe to form a coalition with Stockwell Day. Duceppe presented Chipeur's letter of intent during the 2008 coalition debates.

But even more importantly, it was Gerry Chipeur who contacted Paul Weyrich, the godfather of the American religious right, asking him not to allow his people to talk to the Canadian press during the 2006 election. He didn't want Canadians to know how deeply connected Harper was to this movement.

From his twenty-third floor suite in one of Calgary's Husky towers, Gerry Chipeur can see the distant snow-slicked foothills of the Rockies, but his office decor bears witness to an even more extensive reach. On one wall, a framed photo shows him with Republican presidential candidate John McCain, for whom he threw a thousand-dollar-a-head fundraiser, raking in nearly fifty thousand dollars from American expatriates working in Alberta's oil patch. On another wall, a snapshot of Stephen and Laureen Harper is inscribed with "thanks for being on the winning team"—a reference not only to Chipeur's professional services for the Conservative Party, but his pre-emptive strike on the prime minister's behalf. Only days before the 2oo6 election, he had contacted Paul Weyrich, the late chair of Washington's Free Congress Foundation, asking him to warn fellow American conservatives against interviews with Canadian reporters on the lookout for dirt about Harper's U.S. ties.

Chipeur's loyalties, however, are nothing if not complex. The largest expanse of his wall space is reserved for a portrait of Harper's former rival, Stockwell Day, who had hired him years earlier for a damaging defamation suit filed during his days as Alberta treasurer. Nearly a decade later, Day had barely been installed as Harper's first minister of public safety, when he named Chipeur his department's lobbyist in Washington. That perk was not Chipeur's only reward. In 2007, during the Conservatives' controversial revamp of its screening panels for federal judges, Chipeur won a slot on the judicial advisory committee for Alberta, an unpaid appointment that he regards as a sacred calling. "There's absolutely nothing wrong with a Conservative government appointing Conservative judges," he says with undisguised passion. "We need to get some good judges in. We need Christian law schools."

The implications of his thoughts on the subject are best revealed in a column that Paul Weyrich wrote shortly after the pair had an election chat in 2006. At the time, American conservatives were disheartened that Harper had won only a minority government, but after talking to Chipeur, Weyrich reported, he realized that all was not lost. The new prime minister still possessed extraordinary powers to appoint judges at every level of the courts. "If Harper were to alter the composition of the courts," Weyrich pointed out, "the anti-abortion issue again be contemplated."(4)

And it would appear that using those strong connections to the Republican Party, Chipeur went to bat for John McCain.

The Star reported that Sensenbrenner was introduced into Canadian diplomatic circles by Gerry Chipeur, a Calgary lawyer who had served as legal counsel to the Reform and Alliance parties and headed a group called Republicans Abroad Canada. Sensenbrenner, who got part of his early education in Toronto, attended Reform Party conventions and became acquainted with Preston Manning's inner circle. He was not trusted or welcome at the Canadian embassy, but he was backed by Harper's office, and that allowed him to remain for a time in the position. If the leak did come from the PMO, he would be a likely recipient. But Sensenbrenner denied ever seeing the memo and said he was shocked his name could even come up. (1)

He shouldn't have been. Sensenbrenner, standing directly behind George Bush in the above photo, was part of the Religious Right movement, with ties to Paul Weyrich. He was no doubt one of the Republicans disheartened that Harper had only won a minority.

Which brings us to the case of Stephen Boissoin

Stephen Boissoin is an Albert youth minister who got into trouble with the province's human rights commission in 2002, after writing a letter to the Red Deer Advocate denouncing "the homosexual machine."

He was going to represent himself at court until the American Alliance Defense Fund got wind of it. "We can't take the chance you might lose because what's going on in Canada will affect us in the U.S." Chipeur had been trying to get the ADF to take more of an interest in Canada, so Boissoin made the perfect conduit.

Chipeur is a partner in the Calgary offices of Miller Thomson, where his client list reads like a who's who of the Christian right: he submitted a brief to the Supreme Court opposing same-sex marriage on behalf of Senator Anne Cools, and when Calgary's outspoken Catholic bishop Fred Henry found himself under investigation by Revenue Canada, it was Chipeur who rallied to his defence. He had already carved out a reputation in constitutional law when Dallas Miller, the first Canadian to sign up for ADF'S litigation academy, invited him to Phoenix for one of its conferences. The trip turned into a networking bonanza: through ADF, he dined with James Dobson in his Colorado boardroom, and hobnobbed with Antonin Scalia, a personal hero who is one of the most conservative voices on the U.S. Supreme Court. Despite that rapport, Chipeur failed to rouse any ADF interest in his Canadian caseload—a source of frustration. "They didn't think there was a role for them north of the border," he says. "Then suddenly, after a decade of them largely ignoring Canada, they called me out of the blue."

That request to take on Boissoin's case brought Chipeur a chance to make constitutional history, but it also raised an awkward reality: a legal battle that could determine the parameters of free speech in this country was being financed and overseen by a consortium of ministries in the U.S. religious right, including Focus on the Family. (4)

Still think Canada is a sovereign nation? It's not only the aggressive trade deals that threaten our country. We are now being run by the Republican Party and the American Religious Right. After all we are talking about the Canadian courts here.
Footnotes:

*Pierre Poilivre went to Sensenbrenner to help draft the Accountability Act. Sensenbrenner has been labelled one of the most corrupt politicians in Washington.