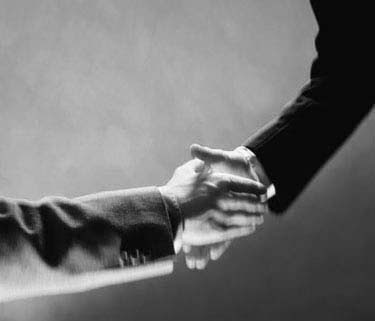 Canada is a large land mass, with a diverse culture, making one nation from sea to sea, a challenge.

The Reform Party wanted less Canada, by giving provinces more autonomy. In a 1994 speech to the National Citizens Coalition, Stephen Harper claimed: "Whether Canada ends up with one national government or two governments or 10 governments, the Canadian people will require less government no matter what the constitutional status or arrangement of any future country may be."

And while the West, especially Alberta, has always been at odds with Quebec, they were also often in sync, sharing a feeling of alienation.

In his opening address to the federal-provincial constitutional conference in 1969, [Harry] Strom [leader of Alberta's Social Credit party] noted approvingly the role of French Quebecers in bringing to public attention their sense of inequality and injustice: 'We welcome the resurgent spirit and consciousness of our French-speaking citizens, and their understandable desire for a new cultural and economic role in Confederation.' (1)

The difference of course, was that Quebec, or French Canada, had been promised their rightful place as one of the founding peoples, but were all but left out at Confederation (as was the third founding people, Canada's First Nations).

They set out to right a fundamental wrong.

In his book on Lucien Bouchard, The Antagonist, Lawrence Martin reveals a childhood not unlike that of Stephen Harper and Preston Manning. Bouchard too led a very sheltered life, with little outside influence.

As a young man he was forced to work in the labour camps, long hours under horrific conditions, imposed by the small but wealthy Anglo population.

They constituted a tiny 2 percent of the population of 300,000 in the Saguenay-Lac-Saint-Jean region, but they ran one hundred percent of the major industries—pulp and paper and chemicals. (2)

The social conditions of Arvida, the neighboring community to Jonquière, where he was born and raised, define what life was like for many Fancophones during the period.

The Anglos didn't talk much to the "Frenchies" because it wasn't good for their reputations. It was a matter of pride that they spoke no French—even if they had lived in Arvida for decades. However, for young Francophones like Lucien Bouchard, it was important to know some English to get a job.

The housing in Arvida was all owned by Alcan and the French really could not rent in the high-class district, even if they had means. "The Anglophones considered the French to be second-class citizens, like Negroes in the South," said Joan Bell, who lived the town and later wrote a report on the conditions. "They were bigots."

The town "epitomized the two solitudes because there was no mixing between the Anglophones and the Francophones". There's emotional baggage being carried around from this time .... Lucien Bouchard's close-up view of this and other Anglophone pockets of privilege left a lasting memory. "Very early in my life," he recalled, "money and authority were English." It was a major factor, he would his reason, in the emergence of his region's nationalism. (2)

For Alberta, however, the alienation, while very real for many people, was actually the product of clever ad campaigns, bought and paid for, by what Trevor Harrison referred to as the "rising indigenous bourgeoisie, centred in the oil and gas industry". And this group sought a "release from the domination of central Canada", where decisions were being made that they felt hindered their ability to get filthy rich.

And most of them were from American stock, who had sailed into the area with the winds of an oil gusher.

The Carter Commission's attempt at tax reform, that would make the wealthy pay their share, and the National Energy Program, were catalysts to the western bourgeoisie, who spent enormous amounts of money to help shift public opinion their way.

And premier Lougheed used the politics of fear to rile the populace, by threatening job losses and the resulting decay.

To the extent that popular culture reflects public sentiment, the numerous anti-Liberal, anti-Trudeau, and anti-eastern bumper stickers, lapel pins, T-shirts, and other paraphernalia that deluged western Canada, particular Alberta, during this period provide additional evidence that many westerners were angry."' Nor is it a coincidence that John Ballem, a corporate lawyer with strong ties to the oil and gas industry and former law partner of Peter Lougheed, should in 1981 write Alberta Alone, a fictitious novel that revolves around Alberta's separation from Confederation."' (3)

And it was into this environment that a young man from Toronto, a recent arrival to Alberta, would shape his political thought. Then going by Steve, Harper would be led to believe that only the corporate sector and it's money could stop the spread of too much Canada.