Patriot Games and the Committee for an Independent Canada 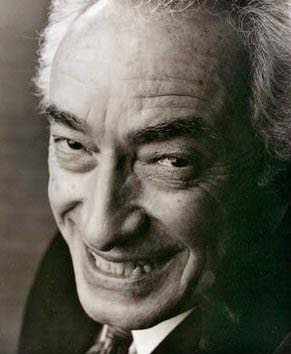 Something strange, nameless, and profound moves in Canada today. It cannot be seen or labeled, but it can be heard and felt - a kind of whisper from
far away, a rustle as of wind in prairie poplars, a distant river's voice, or the shuffle of footsteps in a midnight street. It is less a sound than a sense
of motion.

Something moves as it has never moved before in this land, moves dumbly in the deepest runnels of a collective mind, yet by sure direction toward
a known goal. Sometimes by thought, more often by intuition, the Canadian people are making the final discovery. They are discovering themselves. - Bruce Hutchinson

When Pierre Trudeau called an election in 1972, the country was undergoing a lot of changes. The Baby Boomers were growing up and the voting age had been reduced to 18.

Unemployment was at 6.2%, considered high for the time, and despite generous changes to Unemployment Insurance, the youth were worried.

Also worried were many Canadians seeing a growing American influence, not only in our popular culture, but in the very real U.S. takeover of our natural resources.

One of these was Liberal MP Eric Kierans, who had left Trudeau's' Cabinet in April of 1971, and was an outspoken critic of finance minister John Turner's 1972 budget, believing that the party was moving to the right and was blind "to the sale of Canadian resources to foreigners" (English 2009).

Kierans prefaced a book financed by the NDP called Louder Voices: Corporate Welfare Bums. The phrase "corporate welfare bums" was in response to those who felt that the increase in UI premiums was creating a sub-culture of "welfare bums".

This group created The Committee for an Independent Canada, and over 170,000 concerned Canadians would join their ranks. As a result Trudeau's Liberal Party was reduced to a minority, with Lewis's NDP holding the balance of power.

But CIC did not only help to influence the election, but they would also steer the Liberal Party to the left, and though Trudeau had at one time been opposed to the nationalization of industry, he allowed the creation of Petro-Canada. His government also began to take on a more nationalistic tone. (1)

The right was enraged, while corporate and business donations for the Liberals decreased substantially.

Peter Brimelow's The Patriot Game lays the blame squarely on the shoulders of Pierre Trudeau, for the country's dramatic shift to the left, though he is not without disdain for the Committee for an Independent Canada.

A case can also be made for 1970. In that year, at a lunch "which is now mythologized in some branches of the movement as The Beginning," according to an account written by Christina McCall-Newman in 1972, three men decided to found a pressure group for their version of Canadian Nationalism: the Committee for an Independent Canada. They were Walter Gordon, the former leader of the Liberal Party's left wing, who as Finance Minister under Lester Pearson had introduced a controversial nationalist budget in 1965; Peter C. Newman, then Editor-in-Chief of the nationalist Toronto Star; and Abraham Rotstein, an academic economist from the University of Toronto. Their creation was something of a nine-day-wonder in the small world of the English-Canadian intelligentsia.

It attracted much joining, signing of petitions, attending of meetings and declarations of support. The Committee itself quickly became moribund, but it symbolized emotions that were coming to dominate Anglophone public debate, and it conveniently marks the moment when the Canadian Liberal elite finally acknowledged that it had reversed fronts and trained its guns on free market economics and on the U.S.A.

The weaknesses of Canadian Nationalism were already present at The Beginning. All three lunchers were Anglophones, all Torontonians, all prosperous members of the bourgeoisie. All, perhaps not coincidentally, represented professions that stood to benefit disproportionately from protectionism: Gordon as a scion of the preeminent Clarkson, Gordon and Company accounting firm, whose relationships with Canadian corporate clients were vulnerable to disruption from takeovers by U.S. firms equipped with their own auditors; Newman and Rotstein as examples of those "producers of Canadian culture" who, in the deadpan summary of a recent academic survey, "are more determined than consumers" to "keep Canadian cultural life Canadian." (2)

And this Canadian Nationalism was viewed as "anti-Americanism" in Alberta, where the U.S. oil industry prospered, and was added to the list of western grievances. This became even more profound when it became about "Toronto" and "elites" and "intervention".

Early Nationalist campaigns were to aim at reserving Canadian university appointments for Canadians and promoting Canadian periodicals through punitive taxation of their American competitors. Two were members of Canada's small Jewish minority, a group normally cautious about nationalism, and one was not even a Canadian by birth but a central European refugee, anomalies which, although not without parallel in other nationalist movements, may help account for the peculiar artificiality of this Canadian variation. They were also all good political progressives and, at least in the case of Gordon and Rotstein, conscious advocates of government intervention in the economy. (2)

Canada was moving toward a just society and the corporate sector saw this as injustice to the almighty dollar.

A significant description of the brave new Canada that Canadian Nationalists hope and claim to have discerned has been conveniently provided by Pierre Berton in his book Why We Act Like Canadians: A Personal Account of Our National Character. This deeply revealing essay on the Canadian national character and its fundamental differences from the American norm was one of the best-sellers of the 1982-83 season and has influenced several subsequent journalistic commentaries ... the inevitable landscape rhapsodies in Why We Act Like Canadians were quite bearable.

And yet Pierre Berton is still a household name, while most Canadians outside of the Reform/Conservative movement, have never heard of Peter Brimelow.