The Politics of Exploitation: The Haiti Crisis Revisited 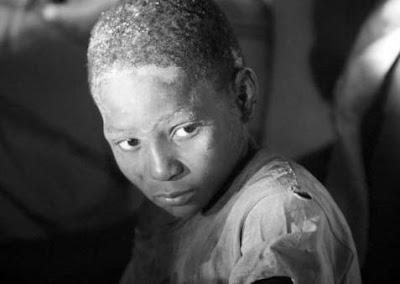 There is an interesting summary of Stephen Harper's response to the Haiti earthquake, in Lawrence Martin's book Harperland. He first describes how Harper was in trouble over the prorogation and how the resulting anger dominated the news.

The Haiti crisis then provided him an opportunity to change the channel and present himself as a take charge kind of guy.

A national day of protest as planned, belying the notion that Canadians were apathetic, that they didn't care about the functioning of their democracy. The momentum kept building, and then in an instant it was gone. A magnitude 7.3 earthquake struck near the capital of Haiti, sending tens of thousands to their deaths. It was one of the worst natural catastrophes in a century. Images from Port-au-Prince cast a pall over everything. Suddenly, arguments over the propriety of shutting down Parliament, or any other issue of public policy, seemed a trifling comparison.

The priority became a massive aid campaign, and the prime minister set about it in a blaze of activity. No one could accuse him of sitting idle now. Among the many fortunate breaks Harper had received in his career, the timing of this tragedy ranked high.

There was a month go before the Vancouver Olympics, and until the earthquake, he was destined to be on the defensive that entire month. The opposition parties had the wind in their sails, and the national protest day was promising to be a dramatic event. But Haiti totally consumed the airwaves for two weeks running, knocking prorogation and the planned protest to the back pages.

Harper hardly had the image of a great humanitarian or friend of & United Nations. But given the opportunity to change the political channel and lead a humanitarian effort, he did so with great aplomb, winning applause from all quarters. He dispatched the military in a timely fashion; made good use of his cabinet, most notably Peter MacKay and Lawrence Cannon; was more than generous with financial aid; played host to a quickly assembled international conference on the crisis, and shared the spotlight with a shaken Michaelle Jean, the Haitian-born governor general.

The epic catastrophe also allowed Harper to showcase the rebuilt armed forces. Canada's once sluggish and ill-equipped peacetime military was now well tuned and ready to respond to a crisis. When the 2004 tsunami struck, Canadian medics and engineers had to wait days to hitch a ride, as it was put, to get there. But this time, Canada's big new military aircraft were doing the job. (1)

Aside from the obvious, exploiting a crisis, there are many statements in the above that show either a deliberate attempt to gloss over the situation, or a misunderstanding based on the popular media reports of the day.

However, I suppose Martin is only tackling the story from the political perspective, and he's right. It was a gift. Just not for the victims of the quake, who received very little.

He Dispatched the Military in a Timely Fashion

Aside from my knee jerk reaction to the statement, "Among the many fortunate breaks Harper had received in his career, the timing of this tragedy ranked high", which was to resort to language I couldn't use here, let's break down this great humanitarian effort.

He did indeed show off our hardware and the planes took off with great thrust and enthusiasm. The people in Haiti needn't worry. Help was on it's way.

Harper's dispatch of troops matched a similar response from the United States. The military must first restore order we were told. But before saving lives?

It seems that the military was given landing preference over medical supplies and health personnel.

A Doctors Without Borders/Médecins SanscFrontières (MSF) cargo plane carrying 12 tons of medical equipment, including drugs, surgical supplies and two dialysis machines, was turned away three times from Port-au-Prince airport since Sunday night despite repeated assurances of its ability to land there. This 12-ton cargo was part of the contents of an earlier plane carrying a total of 40 tons of supplies that was blocked from landing on Sunday morning. Since January 14, MSF has had five planes diverted from the original destination of Port-au-Prince to the Dominican Republic. These planes carried a total of 85 tons of medical and relief supplies. (2)

And the Navy ships that Harper dispatched with "great aplomb"? According to the Chronicle Herald:

OTTAWA — When HMCS Athabaskan and HMCS Halifax were ordered to sail on a humanitarian mission to Haiti on Jan. 13, they worked through the night, passing boxes hand to hand, loading stores aboard the ships — everything they would need for the humanitarian mission. But sailors didn’t take aboard much in the way of relief aid — food packages, medical supplies or shelters — for distribution to Haitians.

In the House of Commons on Thursday, during his response to the speech from the throne, Prime Minister Stephen Harper said otherwise. "Ships of the Atlantic fleet were immediately ordered to Haiti from Halifax, loaded with relief supplies," he said as he recapped the government’s efforts to help Haiti recover from the earthquake.

... During the voyage, some sailors wondered if the ships might have been better off staying in port a little longer — say 12 hours — to take on more relief supplies, food aid and medical equipment before sailing for Haiti. (3)

And we also learn that 10 months after the crisis, only 35% of the promised money (matching Canadian citizen's donations) has been delivered by our government.

The Canadian International Development Agency says only $65.15 million has been paid out so far. The $65 million that has been delivered has been to large agencies only, among them ones identified by many observers as the least able to deliver timely aid directly to victims. (4)

1.3 million Haitians are still living in tent cities and a cholera epidemic is threatening more lives.

So pardon me if I don't get all warm and fuzzy over our country's response to this crisis. These people have been exploited for years, which is why they were so poor in the first place. And sadly, our prime minister saw an opportunity to exploit them some more for his own political career.

And he wonders why we lost the UN Security bid.

This is who we are now, and life in Harperland is just peachy keen.

2. Doctors Without Borders Plane with Lifesaving Medical Supplies Diverted Again from Landing in Haiti Patients in Dire Need of Emergency Care Dying from Delays in Arrival of Medical Supplies, January 19, 2010