The Haiti Crisis Revisited: Why is Haiti so Poor? 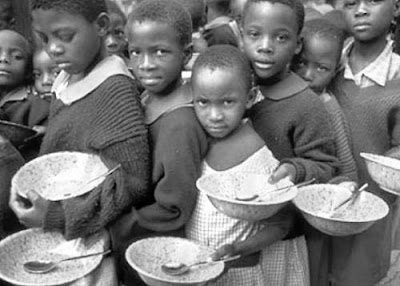 Ted Rall, author of Silk Road to Ruin: Is Central Asia the New Middle East?, wrote in a column following the earthquake:

As grim accounts of the earthquake in Haiti came in, the accounts in U.S.-controlled state media all carried the same descriptive sentence: "Haiti is the poorest country in the Western hemisphere..." Gee, I wonder how that happened? You'd think Haiti would be loaded. After all, it made a lot of people rich. (1)

And Gerald Kaplan wrote in the Globe and Mail:

What a grand old party it's going to be Monday when all those countries and financial institutions that have forever plundered, exploited and impoverished Haiti will gather in Montreal at the invitation of the government of Canada to decide its future .... But mostly this meeting is promoted by those who like to call themselves, and whom the media will call, the donor countries. What is important to note about most donor countries, including Canada, is that they have always extracted far more from the poor recipient countries than they've contributed. Poor countries, in reality, have been net donors to us rich folks. (2)

As Harper moved swiftly to bring in the military to protect the "rich folks", little was reported in the media about why we were in a position to be a "donor" to a country so rich in natural resources.

How did Haiti get so poor? Despite a century of American colonialism, occupation, and propping up corrupt dictators? Even though the CIA staged coups d'état against every democratically elected president they ever had? It's an important question. An earthquake isn't just an earthquake. The same 7.0 tremor hitting San Francisco wouldn't kill nearly as many people as in Port-au-Prince.

"Looking at the pictures, essentially it looks as if (the buildings are of) breezeblock or cinderblock construction, and what you need in an earthquake zone is metal bars that connect the blocks so that they stay together when they get shaken," notes Sandy Steacey, director of the Environmental Science Research Institute at the University of Ulster in Northern Ireland. "In a wealthy country with good seismic building codes that are enforced, you would have some damage, but not very much."When a pile of cinderblocks falls on you, your odds of survival are long. Even if you miraculously survive, a poor country like Haiti doesn't have the equipment, communications infrastructure or emergency service personnel to pull you out of the rubble in time. And if your neighbors get you out, there's no ambulance to take you to the hospital--or doctor to treat you once you get there.

The death toll was as high as it was, because of interference and exploitation. We helped to make them poor, and now we are determined to keep them that way.

The military invasion was about securing airports. The U.S. took Port-au-Prince, while the Canadian military occupied the airports at Jacmel and Léogane, clearing the area for the landing of military aircraft.

And the people on the ground in Haiti were not impressed.

The Canadian Peace Alliance (CPA) urges its member organizations and supporters to give generously to the relief efforts responding to the catastrophic disaster in Haiti following last week's massive earthquake. The CPA also wishes to express its deep concern about the deployment of up to an additional 1,000 Canadian Forces to Haiti, announced Sunday by Defence Minister Peter MacKay, in collaboration with a U.S. mission of over 10,000 troops.

Early reports from Haiti suggest that this militarization of the relief operation is both unwelcome and unhelpful. Al-Jazeera news reported on the weekend that the U.S. military, which now controls the airport in Port-au-Prince, turned away several planes carrying physicians and supplies from Doctors Without Borders. A CARICOM aid flight and other humanitarian deliveries have also been turned away, with deadly results for the Haitian people.

Patrick Elie, a social activist and former Haitian Defense Minister, stated, "We don't need solders as such. There's no war here." Elie noted the importance of Haitian sovereignty, "The choice of what lands and what doesn't... should be determined by the Haitians. Otherwise it's a takeover." Even the French government, which has long partnered with the U.S. in subjugating Haiti, complained that the U.S. operation looks more like an "occupation" than a relief mission. (3)

Paving the way for future colonization. Is this really your Canada?

1. Haitian Earthquake: Made in the USA Why the Blood Is on Our Hands, by Ted Rall, Common Dreams, January 14, 2010

3. Humanitarian relief urgently needed in Haiti, not militarization of aid, The Canadian Peace Alliance, January 19, 2010
Posted by Emily Dee at 5:29 AM