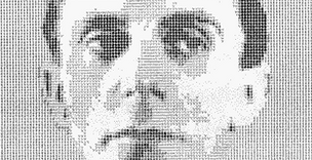 "His full conquest of the masses came only after [he] had silenced oppositional opinion and had acquired total control of the media." Konrad Heiden (1)

The next component of Obscurantism, a concept that a friend suggested I explore, is message control. I've covered most of these things before but was amazed at how well they fit with this definition. So if you feel uncomfortable calling Stephen Harper a Fascist, call him an Obscurantist. Both fit.

In the pragmatic exposé of Stephen Harper, in his new book Harperland, Lawrence Martin devotes a chapter to Harper's "control fixation". But control is a key element of neoconservatism, as espoused by Leo Strauss.

The PMO was in the course of putting in place a message-control system, a vetting operation unlike anything ever seen in the capital. No other government had even come close to such a system of oversight.

The new regimen called for all public pronouncements by civil servants, diplomats, the military, cabinet members, and Conservative MPs to be approved by the Prime Minister's Office or its bureaucratic arm, the Privy Council Office (PCO). The vetting was by no means a quick rubber-stamping procedure. If a government official or a caucus member wanted to say something publicly, he or she would first have to fill out a Message Event Proposal (MEP) and submit it to central command. This form had sections with such titles as Desired Headline, Strategic Objective, Desired Sound Bite, and the like. It also had areas for supplying details on the speaking backdrop, the ideal event photograph, and even the speaker's wardrobe.

Once submitted, the MEP was studied by PMO and PCO officials, often bouncing back and forth between apparatchiks before getting final approval. Some MEPs required less vetting than others, but the massive centralization caused logjams, delays, and in some cases, cancellation of planned events because the requester never heard back in time. Keith Beardsley recalled even events for cabinet ministers being derailed. "Every communications director for every minister was trying to get stuff through. Their ministers wanted to do things," he said. But "because of the backlog [sometimes an event] got delayed and delayed and it was cancelled." In the past, while there was sonic vetting, departments produced their own news releases and scheduled events for ministers independently. Under Harper, such freedom was not allowed. (2)

Because Adolf Hitler's speeches may be used to prove almost anything, the Nazi Commission of Inspection of Nazi Literature announced that Hitler's speeches may not be quoted in print hereafter without the Commission's express permission. Hearing that the rebellious pastors of the German Evangelical [Lutheran] Church plan to print and circulate privately their unanswered protest to the Reichsführer against practically everything going on in Nazi Germany, the Gestapo (secret police) raided Confessional Synod offices, lugged off typewriters, mimeograph and printing machines. (3)

"Such freedom was not allowed".

The German version of the "Message Event proposal" was handled by Philipp Bouhler, who was "the Chairman of the Official Party Inspection Commission for the Protection of National Socialist Literature, which determined what writings were suitable for Nazi society, and which were not." (4)

Before you can even hope to set up a system of obscuring the message, you have to be able to control the message. And Stephen Harper incrementally created a system whereby he controls every word that comes out of the mouths of not only his caucus, especially his ministers, but the public service as well.

And the media has become so conditioned to this, that they rarely question it. Matthew Brett wrote recently for Global Research:

Not surprisingly, the Globe and Mail and other news organizations ran a press release from the PMO's office verbatim, with no critical commentary, analysis or insight. The state of media today is such that copy-pasting a press release from the PMO and slapping it on the front page of a national daily newspaper is accepted practice. Indeed, Conservative strategist Tom Flanagan writes that “compared to most countries with which I have any familiarity, the Conservatives in Canada actually have friendly media to work with.” The ‘Propaganda Model’ is more than alive and well, but sometimes without even bothering to ‘filter’ news content. (5)

The Conservatives in Canada have friendly media to work with, or just lazy media. Either way they should be ashamed. And this certainly contradicts their stance that the media is out to get them.

But besides just writing their own copy, the Conservatives now also take their own photos. After an image was published and incorrectly labelled as an actual event, Steven Chase wrote:

Since the spring [of 2009], the PMO has effectively set up its own picture service, e-mailing photos to Canadian media almost daily in an effort to find a market for publicity shots of Mr. Harper's activities. It's a service that ultimately competes with the work of photojournalists, but one, they argue, that should not be relied upon as a record of events. (6)

And they didn't stop at providing photos, but now also provide videos.

By doing things in small steps, the public remains mostly unaware that everything they see and hear from our government, as reported by the press, is staged for our amusement. But when you look at the big picture, that's when it becomes frightening.

Sometimes the media, and pundits, must feel the hairs on the back of their necks stand up, so they will dismiss it by suggesting that other prime ministers have done this. But as Lawrence Martin says, it's: "... a vetting operation unlike anything ever seen in the capital. No other government had even come close to such a system of oversight."

"No other government had even come close." Worth repeating.

By dismissing this, journalists and columnists are only creating an enabling condition that further threatens our democracy, which is already hanging on by a thread.

6. Is Stephen Harper going too far in trying to control his image? By Steven Chase, Globe and Mail, November 06, 2009