The Politics of Obscurantism: Anti-Intellectualism 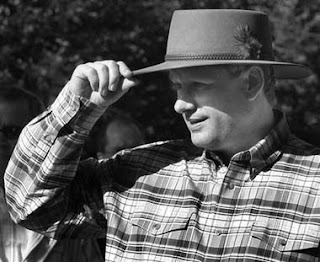 In restricting knowledge to an élite ruling class of “the few”, obscurantism is fundamentally anti-democratic, because its component anti-intellectualism and elitism exclude the people as intellectually unworthy of knowing the facts and truth about the government ... (1)

The late Dalton Camp, formerly president of the Progressive Conservative Party of Canada, was not an alarmist. He was intelligent and a well respected columnist and author.

So when he began warning Canadians of the dangers of the Reform Movement, almost two decades ago, we should have listened. He understood their ideology and was concerned with the Republicans they had aligned themselves with. The same people who are now destroying American politics, as card carrying members of the Religious Right and the Tea Party gang.

In the introduction to his book; Whose Country is This Anyway?, Camp quotes Friedrich Nietzsche from The Will to Power: "The great majority of men have no right to existence, but are a misfortune to higher men."

This is a codicil for the comfortable, the affluent, and the obscenely rich in our time, as it was the inspiration for fascism earlier in our century. The new order is not without its coterie of apologists and intellectual dandies. Indeed, it even has a political party of its own, called—irony of ironies—the "Reform" Party. (2)

Germany under Hitler was fascist, because it was run by industrialists, who profited from war and the build up of the country's military. The German people, while manipulated with propaganda, were nothing more than "a misfortune to higher men."

The notion of anti-intellectualism can mean simply that Stephen Harper has always opposed public education, referring to it as "union run schools", and bragging that "Universality has been severely reduced: it is virtually dead as a concept in most areas of public policy... These achievements are due in part to the Reform Party..." (3)

It can also refer to his attacks on the well educated who challenge his policies, dismissing them as "university types" ... "elites".

But in the theory of Obscurantism, it's something much more profound. It's a deliberate attempt to paint themselves as being part of the anti-intellectual crowd, despite the fact that many in the movement have university degrees, including several PhDs. And they do this to convince the populace that they are just "ordinary folk", who see danger in listening to intellectuals who don't have their best interests at heart.

A deliberate obscuring of the facts.

Betty Plewes recently wrote a column for the Mark News, the topic of which was Canada's abandonment of the Non-Profit sector. She mentions a speech given by Lawrence Cannon in Krakow, to the Working Group on Enabling and Protecting Civil Society. She found the speech enlightening and articulate, but was surprised that "a transcript of the speech was not posted on the Department of Foreign Affairs and International Trade (DFAIT) website and is very difficult to obtain." (4)

She contributed that to the fact that Stephen Harper has no interest in charitable pursuits, but while that is true, there is another reason for this. Cannon's speech would contradict their image of "folks" and their notion that intellectuals are the scourge of society.

The Edmonton Journal recently asked: What would Harper Fellowship look like a decade after his departure? They suggested:

Some criteria for evaluating the body of work put forward for recognition might include:
- -Best description and "proof" of a national social problem without the use of statistical analysis;
- -Best policy proposal for the betterment of Canadian society based solely on anecdotal "evidence";
-Best application of the concept of "truthiness" to future Canadian policy directions. (5)

What would a Harper fellowship look like, when his political strategy is anti-intellectualism? Having his party play dumb to appear dumb? Only their leader has any smarts and that's why he has to exert so much control over them.

When the Reform Party had their first real electoral success in 1993, the media dismissed them, often asking "who are these yokels and who voted for them?" The Sun referred to them as a " ribald bunch of dung kicking rednecks", and Preston Manning with his squeaky voice was compared to a country preacher.

And yet Manning is a brilliant physicist and many in the party's hierarchy (now called the Conservative Party of Canada) have university degrees. So why did they not defend themselves against this belief? In a word: Obscurantism. If they appear to be country bumpkins, how could we possibly fear them?

And if anyone points this out, they become "elites", and are immediately silenced, to the cheers of their supporters.

Stephen Harper is a Straussian, and Leo Strauss a follower of the belief in the necessity of obscuring facts. And Strauss's beliefs came from the methods used by the Nazi party to earn and hold onto power. He escaped Germany, but several of his family members died in Concentration camps. As a result he felt that an authoritarian style government was the only solution to stave off a recurrence of Nazism. The ignorant masses only had to be controlled, in a large part by keeping secrets and obscuring the truth.

When political philosopher, and colleague of Strauss, Hannah Arendt, attended the trial of Adolf Eichmann at Nuremberg, she was surprised at how "Unimaginative, ordinary and unthinking" he was.

Others may have hoped to see Bluebeard in the dock, she wrote, but for her, the horror lay in the fact that "there were so many like him, and that the many were neither perverted nor sadistic ... [but] terribly and terrifyingly normal." (6)

She was one of the first to refute the "monster theory" of less-than-human Nazis. She called them "banal". But as Erna Paris, author of Long Shadows: Truth, Lies and History, points out. Many Nazis were well educated, and several had doctorate degrees.

So what would have made her think that they were banal?

Maybe their chief propagandist Joseph Goebbels, himself a PhD, explains it best.

"It would have been very unwise if we had given exact explanations to the Jews, prior to the Seizure of Power, of what we intended to do with them.... It was quite good that [they] did not take the National-Socialist movement quite as seriously as it actually deserved. . . ." (7)

We did not take the Reform "movement quite as seriously as it actually deserved." And while they are not planning a domestic genocide, they do have an aggressive foreign policy agenda, from a prime minster that Lawrence Martin claims sees the world as a "clash of civilizations" rather than as "one big family". (8)

Dalton Camp did not suggest that the Reform Party was stupid, but called them "intellectual dandies". He did however, suggest that they were dangerous, in part because of the company they kept. American Straussians.

4. In Search of Canada's Non-Profit Policy, By Betty Plewes Former President and CEO of the Canadian Council for International Cooperation; member of the McLeod Group, The Mark News, October 18, 2010

5. What would Harper Fellowship look like a decade after his departure? By The Edmonton Journal, October 4, 2010