A Deceptive Democracy: Coalitions and a Knowledge Deficit 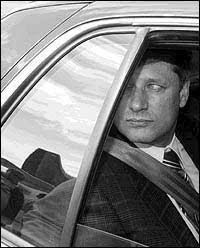 Reading the comments sections a the end of online articles, there are many loyal Harper supporters who are suggesting that all that their hero has to do is scare people with the notion of a coalition government, and he will get his long sought after majority.

It's sad really, given that the 2008 coalition in itself was not frightening, so much as confusing, as squeals of "high treason" and "coup" hit a population with a knowledge deficit of Parliamentary procedure, right between the eyes.

And yet coalition building, as Lawrence LeDuc reminds us, "lies at the very heart of democratic politics." (1) In fact Stephen Harper and his former aide, Tom Flanagan, were well aware of this.

In 1997, Harper and his confidant Tom Flanagan, writing in their Next City magazine, suggested that coalition-building was the only practical way for the right to seize national power. They said an alliance with the Bloc Québécois "would not be out of place. The Bloc are nationalist for much the same reason Albertans are populists – they care about their local identity ... and they see the federal government as a threat to their way of life." (2)

"An alliance with the Bloc Québécois would not be out of place." So why was an NDP/Liberal coalition with the support of the Bloc on confidence motions only, "undemocratic"?

It's important to revisit this now because the Harper government, as unbelievable as it sounds, is once again raising the issue, in an attempt to paint themselves as perpetual victims. Nonsense.

Stephen Harper created the crisis that initiated the coalition, and many Canadians liked the idea. Graham White called it "The possibility of real Parliamentary change without abandoning the principles of responsible government that have long served Canada well." (1)

Michaëlle Jean has only recently come forward with the reasons for her decision to grant Stephen Harper his prorogation. Under the circumstances she probably made the only decision she could at the time. But she brings up an important point:

Jean said she saw a positive result from that December 2008 episode: the whole prorogation crisis prompted a national discussion and, as a result, led Canadians to learn more about their democracy. (3)

It did get Canadians talking and learning. And we are now, hopefully, a bit more aware of just how democratic a coalition would have been.

We've also been able to inform Canadians that Stephen Harper himself attempted a similar coalition in 2004 and Stockwell Day in 2000.

Of course Ms Jean doesn't explain why she granted his second prorogation, that was the most egregious attack on our democracy in modern history. And to think that it was done with just a phone call.

2. One Canada or 10 Canadas? Harper's goal to create autonomous regions out of the provinces is a step back to colonial times, By Sinclair Stevens, Toronto Star, April 25, 2008