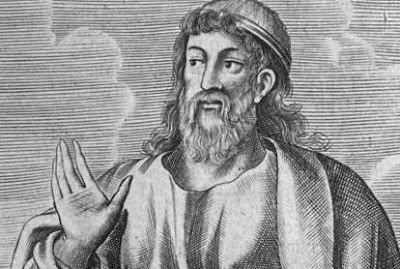 A friend sent me a link to a page on the political concept of Obscurantism, which is characterized by deliberate vagueness in an attempt to obscure the facts. He felt that this best described the Harper government's methods and he's absolutely right.

And as many people are aware, much of this comes from the mastermind, Leo Strauss, who is said to be the father of the Neoconservative movement. Now and then those in the media will hint at Harper being a Straussian, but when Rick Salutin came right out and said it in a column for the Globe and Mail, he was fired.

Which actually adds further proof that this government is engaged in the art of obstruction and obscurantism. All governments do that to a certain extent, but none before in Canada, had it down to a science.

And in understanding Leo Strauss and his political ideas, while they may originate with Plato's 'Noble Lie', they are actually found in the rise and prolonged success of the Nazi Party. A blueprint for fascism. The definitive Obscurantism.

But I'm not talking about the war or the Holocaust, but simply how the Nazi Party was able to achieve such ultimate control of a nation. And they did it with a minority government.

If you read newspaper or magazine accounts of Adolf Hitler throughout the 1920's and early '30's, they are mostly unflattering and dismissive. They mock Hitler and his thugs. They were not called Nazi's but 'Hitler's Fascist Brown Shirts'.

In fact the term Nazi was not an abbreviation of their name: National Socialist German Workers Party, but a term coined by journalist Konrad Heiden, who followed Hitler for 23 years. He gave them the name when he would march with them in a loose infiltration to get his story. 'Nazi' he said was a Bavarian slang term meaning "country bumpkin" (1).

Time magazine began writing of them as early as 1923, yet they did not use 'Nazi' until 1935. They were simply the 'Fascist Brown Shirts'. And when they first entered the Reichstag, they did everything in their power to 'obstruct' as a means to 'obscure'.

In one parallel, Elizabeth May in her book Losing Confidence, describes some of the obstructive actions of the Harper caucus.

In one memorable Question Period, the question was about the safety of pet food in response to the tragic incident of poisoned pet food from China. The Conservative backbenchers started barking, "Woof, woof. Bow-wow" ... Heckling has also taken a crueler tone. Sexist taunts are more common*. Government MPs have even taken to loud booing of certain Liberal MPs they most dislike, even before a question can be asked. This is particularly the case for women MPs. For a while, whenever Judy Sgro rose to speak, the Conservatives would chant "pizza" in reference to the allegations from a campaign worker that she had violated elections laws by accepting free pizza for her volunteers. Although she was cleared by Elections Canada, chanting "pizza" seems to entertain the Conservatives. (2)

Now from Time Magazine and the behaviour of the Brown Shirts at the Reichstag (Parliament) in 1930.

At women's names the Brown Shirts crowed. "Kikeriki! Kikeriki! Kikeriki!" —German equivalent to Cockadoodle-doo! (Fascists both German and Italian, hold that women are respectworthy as hens, jeerworthy when by entering politics they try to be roosters.) On the first day of the Reichstag session absolutely nothing was done except to call and jeer the roll. (3)

A calculated attempt to obstruct.

And the Harper government continued this obstruction, even creating a manual on how to make sure that Parliamentary committees can't function properly. (4)

I think we need to grow up and start realizing that Neoconservatism is Fascism in it's political strategies. Leo Strauss was a product of this era. He feared Communism and hated Liberalism. As a young boy he became aware of the cruel aspects of Communist Russia when his parents offered safe haven to a group of Russian Jews, escaping a pogrom. They told horrible tales, which as a young Jewish boy, left him wondering if that could happen to him (5). His first brush with anti-Semitism.

As an adolescent he joined the Zionist youth movement, and became a member of the Blau-Weiss. Strauss would refer to it as "pagan-fascism", (6) and their leader, Walter Moses, liked to imitate Mussolini. It was here that Strauss claimed to have nurtured his authoritarianism, and the concept of a clique**, led by a dictatorial style leader.

He had an intellectual relationship with Nazi Carl Schmitt, and in fact it was Schmitt who got Strauss out of Germany before the worst took place. Strauss colleague Hannah Arendt once said that he tried to join the Nazi Party but was turned away because he was Jewish.

If we continue to squirm every time the Harper government is referred to as Fascists, we will never understand what is happening to our country. They are not Conservatives. They are not Tories. They are Straussian Fascists, and one of the documented strategies to gain and hold onto power, is to obscure and obstruct. Because Strauss believed that the people (us) are "intellectually unworthy of knowing the facts and truth about the government."

*They even heckled Carolyn Bennett when she was discussing H1N1.

4. Tories blasted for handbook on paralyzing Parliament, Canadian Press, May. 18, 2007

5. Why We Remain Jews," Lecture delivered by Strauss at the Hillel House, University of Chicago, 1962