A Deceptive Democracy: Harper From Pugnacious to Dangerous 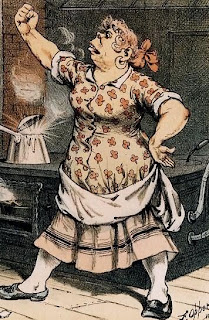 With a possible election on the horizon, and a new Governor General at Rideau Hall, it's important to review what happened during the 2008 coalition attempt; a perfectly acceptable and legal alternative in a Parliamentary democracy.

It's also important to understand how Stephen Harper operates, so we can prepare ourselves for the next campaign.

Canadian journalist Michael Valpy has referred to the Harper government as the "most pugnacious" in memory, but I think he was too kind.

From manuals on how to disrupt committees to attack ads outside of an election, Mr. Harper came to Ottawa ready for a fight. He never intended to work with opposition, only to make it go away.

In other words, he never intended that 2/3 of Canadians, speaking through their elected MPs, would have a voice. And yet almost five years later he is still there. And in fact, has only gotten worse. How is that possible?

There are a lot of reasons I suppose. A corporate media and a disinterested public would certainly be near the top of the list. Photo-ops instead of taking questions, allows him to control the message and his image. That would also be up there.

But I see something else.

Laura K on her blog American by Birth, Canadian by Choice, posted a piece: Canada for the people, not the conservative party. It was originally going to appear in the Mark News as part of a series, "Who owns Canada?" but too many edits prompted her to instead post it on her blog.

It is excellent and everyone should read it. Well researched and to the point.

But I had one criticism found in this comment.

"A majority of Canadians did not vote for Stephen Harper's Conservatives. Yet we are held hostage to his anti-democratic agenda because he has so successfully exploited an antiquated, first-past-the-post electoral system and a pitifully weak opposition."

Every time a progressive journalist claims that we have a "weak opposition", Harper's polling numbers rise and more and more Canadians are turned off the political process. Because the piece that gives all the right reasons for getting rid of the wrong government, bursts into flames. The message to readers is "what's the point?"

We'll go with the devil we know, or just stay home, and continue to be "held hostage to his anti-democratic agenda." We have to call out all journalists who continue to resort to the theory of a weak opposition. They are weakened after a full frontal assault on the democratic process, but they are far from weak or unworthy.
In fact in 2008, they were stronger than ever. As Elizabeth May reminds us:

Great moments of flux and crisis allow innovations to occur. The fact is that the prime minister lost the confidence of the House in December 2008, whether or not the matter was put to a vote. His spectacular miscalculation led to something that would have been impossible to imagine even weeks earlier. Arch-enemies put aside their distrust and ancient hatreds. The Bloc has an intense dislike for Stephane Dion, who, as champion of federalism, was the author of the Clarity Act. Stephane Dion has always been similarly hostile to the Bloc .... Now, here was Dion ready to work with Duceppe. And more amazing, Jack Layton was prepared to assist a Liberal to become prime minister. The NDP's hatred of Liberals was once described to me by an NDP friend who labels himself as a "fundamentalist." No matter how much it might make sense to cooperate, he assured me, NDPers could never and would never cooperate with Liberals. A coalition was simply the stuff of fantasy only days before it became a reality. (1)

I remember reading one comment that said Stephen Harper had not only united the right, but also united the left. Not exactly true because the PCs were never really that right-wing. However, semantics aside, the opposition was ready to forget their differences and work for the common good.

But I don't think they anticipated what happened next, as even the media started referring to it as a "crisis".

The Invisible Hand of Karl Rove

Michael Valpy has called the 2008 election campaign "one of the most uncivil in modern Canadian history." It was pure Karl Rove. And while the mud slinging dirtied the political landscape, Stephen Harper kept his hands clean, more or less. And that's because he was never in the trenches. His entire campaign was in a bubble.

No handshakes on street corners or rallies in the parks. Only highly staged backdrops for his daily political message, and assemblies where Tory staffers and security officers closely monitor the crowds ... The Harper campaign keeps a short leash on national and local media, limiting questions and access to local candidates, sometimes calling on RCMP security to block reporters from doing their jobs. Harper "hides from Canadians. He lives in a bubble." (2)

This allowed him to avoid having any of the ugliness pinned on him. The only exception was when cohorts Steve Murphy and Mike Duffy helped to engineer Dion's demise.

And when Stephen Harper realized that he had failed to get his majority, he promised to play nice.

In his election-night victory statement in Calgary, he pledged to fulfil his party's election platform, but also to govern for Canadians who had voted for other parties. And he offered cooperation with opposition MPs. 'This is a time,' he said, 'for us all to put aside political differences and partisan considerations and to work cooperatively for the benefit of Canada. We have shown that minority government can work, and at this time of global economic instability we owe it to Canadians to demonstrate this once again. We stretch out a hand to all members of all parties, asking them to join together to protect the economy and weather this world financial crisis. (3)

And the same conciliatory tone was reflected in the throne speech. But then all hell broke loose.

Seeing an opportunity to crush the opposition, Stephen Harper again went on the attack, gambling on what he perceived as a weakened opposition: "The government's plans to suspend women's rights to seek legal redress on pay-equity issues and the right of federal civil servants' to strike were seen as unalloyed ideological actions ..." and "The plan to eliminate parties' vote subsidy was labelled provocative and a partisan attack aimed primarily at the money-straitened Liberals."

And all of these changes "were concocted in the Prime Minister's Office, sent over to the Finance Department at the last moment, and not presented to the Conservative cabinet or parliamentary caucus for prior discussion." (3)

And in the ensuing uproar Jim Flaherty challenged the opposition to "Bring it on" while Peter Mackay "boasted to the Halifax Chronicle-Herald on Thursday that, when the subsidy measure came before Parliament, the opposition would blink. 'When they play chicken,' he said, 'they wind up looking like chickens."' Except they didn't." (3)

Then when the coalition was presented, Stephen Harper and a compliant media turned it into a "crisis", and when things heated up, rather than assuming the role of prime minister, asking that calmer heads should prevail, Harper continued to fan the flames.

Dennis Pilon, a political scientist at the University of Victoria, stated that : "I do not mean to be an alarmist in suggesting that we may be heading for violence. But the actions of this prime minister are coming dangerously close to inciting mob rule." (4)

All of this speaks to the lengths that this man will go, just to hold onto power, and they speak to the fact that he cannot be trusted.

This book, Parliamentary Democracy in Crisis is a warning to us, that we are indeed in crisis. Every action of this prime minister is moving us closer to a dictatorship.

That is not hyperbole but fact. He has challenged the supremacy of Parliament more than once, and even threatened to go to the Queen if he didn't get his way. These are not the actions of a sane person.

And if we exercise our democratic rights and vote him out, we can be sure of one thing. He will not go quietly.

Previous postings on this topic:

2. Harper a man who 'lives in a bubble': Tory campaign goes to extraordinary lengths keeping him from public, By Richard Brennan, Tonda McCharles and Joanna Smith, The Toronto Star, September 25, 2008