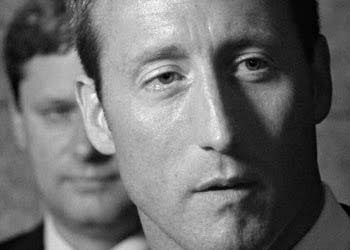 "Canada appears content to become a second-tier socialistic country, boasting ever more loudly about its economy and social services to mask its second-rate status, led by a second-world strongman appropriately suited for the task." Stephen Harper (1)

A friend just loaned me Harperland, and in the first chapter there was something that hit me.

It wasn't the revelation that Stephen Harper is a "different Conservative", with no ties to the party of Sir John A. or John Diefenbaker. I already knew that, though I think it was an important statement to make for those who vote for Harper's party believing that they are Tories. This was more of a hostile takeover of the Progressive Conservatives by the Reform-Alliance movement.

The merger was a ruse of sorts. This was no equal partnership. The merged party had five times as many Alliance MPs as old Tory ones. In the election before this merger, the Alliance Party had won sixty-six seats, the Tories only twelve. Before long, Harper won the leadership of the new party, making the domination of the Reform-Alliance wing even more pronounced. This wasn't so much a merger as the Alliance Party's annexing of an auxiliary group. (2)

But what struck me was his reference to Stephen Harper hating Liberals. Not competing with, but a deep-rooted visceral hatred. Where I believe Martin is a bit misguided though, is in his belief that Harper simply hates the Liberal Party. It's much more fundamental than that.

Stephen Harper hates liberalism in all of it's manifestations, including the former Progressive Conservatives. What the right-wing Brits, especially Margaret Thatcher, would refer to as "wets", he called "pink liberals".

The opening quote referring to Canada as a "second-tier socialistic country" is seen often, but usually ends at "status". However, I think the rest of that quote is more important, as he refers to Jean Chretien as a "second-world strongman".

The term "second-world" was usually applied to the Soviet Union or Communist Block, though it's not a term used much since the Cold War. But it does reveal the Harper mindset.

I once thought that he played the 'socialist' card like a silent dog whistle to his base, but I now believe that he himself, is personally driven by a fear or loathing, perhaps both, of Communism. And it may go back to the time before the Reform Party was established, but accelerated after his involvement with men like Peter Worthington, Lubor Zinc, Peter Brimelow and David Somerville.

Worthington was obsessed with the belief that Pierre Trudeau was a Communist. Guy Giorno fell under his spell after hearing him do a radio interview, and it helped to impact his political thought. Stephen Harper joined the Northern Foundation (3) which was not only anti-communist but also anti-gay, anti-abortion and pro-Anglo; when Worthington was a member and Peter Brimelow a regular speaker at their conventions. (4)

Lubor Zinc was also a member of the 'Trudeau is a Communist' crowd, a Reform Party member and the man who coined the term 'Trudeaumania', though he meant for it to have a negative connotation.

Peter Brimelow calls himself a Paleoconservative and his book The Patriot Game so inspired Stephen Harper that he went out and bought 10 copies to give to friends. (5)

Brimelow also detested liberalism and says of Trudeau that while he espoused the notion that the individual must be protected from the State, he was alarmed when he also noted that the "State has to intervene to protect the weak members of society, minorities, those who need protection from the State against stronger forces than themselves." (6) And of course this was reflected in the Charter of Rights.

All anathema to the far right.

And then there's David Sommerville, the man that Stephen Harper replaced as president of the National Citizens Coalition. When Ernest Manning and Colin Brown first decided to create this right-wing advocacy group, they chose him to head it up, inspired by Somerville's anti-communist columns, and his book Trudeau Revealed was a Bible to the 'Cold War' crowd.

At the time, these men were considered to be crackpots by most Canadians, viewed under the shadow of McCarthyism, but to an impressionable young man just entering active politics, they were his mentors and they would have used terms like "second-world strongman".

So while Martin agrees that Harper is a different conservative and a different political figure, driven by hate, and a desire to destroy the Liberal Party (aka liberalism), he also reminds us:

Given that party's domination of the power structure through time, the Liberal order and the Canadian order were almost one and the same. To take down one was to take down the other. (7)

He had already destroyed the Tories as "pink liberals" or "wets", by swallowing them whole, and is determined to anhilate the Liberals.

The only thing standing in his way then would be us.